6 From UA Recognized in New Class of Fellows by AAAS

The American Association for the Advancement of Science, the world's largest general scientific society, will honor the inductees at a ceremony in February.
University Communications
Nov. 20, 2017
Resources for the Media
Extra Info:

Six representatives of the University of Arizona have been named as 2017 fellows of the American Association for the Advancement of Science, the world's largest general scientific society.

Election as an AAAS fellow is an honor bestowed on AAAS members by their peers. An induction ceremony will take place on Feb. 17, 2018, in Austin, Texas.

The six fellows from the UA for 2017 are: Kimberly Andrews Espy, senior vice president for research, for psychology; Martha S. Hunter, professor of entomology and ecology and evolutionary biology, for biological sciences; Mari N. Jensen, senior science writer, for general interest in science and engineering; John L. Koprowski, associate director of the School of Natural Resources and the Environment, for biological sciences; Joceline Lega, professor of mathematics and public health, for mathematics; and Daniel Zeng, professor of management information systems, for information, computing and communication. 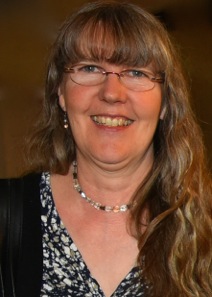 For distinguished contributions to the field of developmental cognitive neuroscience and translation to clinical psychology, and for advancing research and innovation at public research universities.

Espy, a licensed clinical psychologist and translational clinical neuroscientist, pioneered the integration of cognitive neuroscience tools and advanced multilevel growth modeling methods to (a) characterize the normative development of emergent self-regulation skills in young children and infants, and (b) identify the antecedents of learning and behavioral disorders in medically at-risk populations.

In her current role at the UA, she is responsible for interdisciplinary research centers and institutes that span from basic to applied, from the sciences to the humanities disciplines, as well as three museums and central core facilities.

For distinguished contributions to the field of insect biology, particularly pioneering advances in understanding the interactions between insects and their bacterial symbionts.

Hunter is a professor (Department of Entomology, and joint faculty in Ecology & Evolutionary Biology) and chair of the Graduate Interdisciplinary Program in entomology and insect science. Her area of interest is in the effects of bacterial endosymbionts on the life history, ecology and evolution of herbivores and their natural enemies.

Among other findings, her research included one of the first demonstrations of a defensive bacterial symbiont in a terrestrial system and the discovery of a symbiont that causes major fitness effects in an invasive pest.

For distinguished contributions as a communicator dedicated to explaining science to the public and to the strategic management of science information at a major university.

Jensen, the senior science writer/public information officer for the UA College of Science, has worked as a science writer and editor as a freelancer, as a staff journalist and as a UA staff member. Her work for the UA has expanded media coverage of University research.

She was the co-editor of the first UA College of Science/Arizona Daily Star science supplement and edited the supplement for four more years. She was the first center director for Tucson Unified School District's Mathematics, Engineering, Science Achievement, or MESA, program.

For distinguished contributions to biology, particularly conservation and ecology of mammals.

Koprowski is a professor of wildlife and fisheries science and associate director of the School of Natural Resources and the Environment. He teaches undergraduate courses in animal behavior and wildlife conservation.

For distinguished contributions to the modeling of nonlinear phenomena, with applications to physics and biology.

Lega's curiosity about how real-world phenomena work drives her to develop new mathematical models that better explain those phenomena. Her passion for nonlinear dynamics leads her to collaborate across disciplines, including modeling the spread of a disease, the growth and dynamics of bacterial colonies, and how tiny membranes fold when in contact with water.

For distinguished contributions to the field of collaborative computing and its applications to security informatics and national security.

Zeng has extensive training and broad expertise in public health informatics, social media analytics, data and text mining, and social computing. He has been leading an NIH/FDA-funded project aiming to develop a social media analytics-based approach for an understanding of e-cigarette adoption and messaging.

He was a co-principal investigator of the BioPortal project, funded by the NSF and the DHS, developing an integrated informatics platform for cross-jurisdictional infectious disease information sharing, spatial-temporal modeling and syndromic surveillance. The research results were successfully applied to public health monitoring during the 2008 Beijing Olympics.