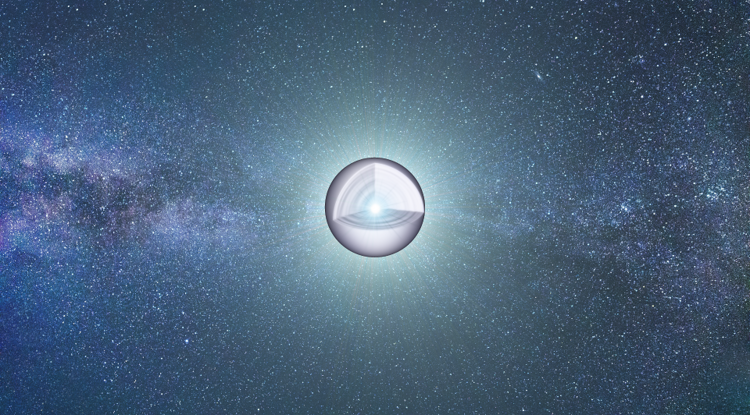 A faint glow from the Earth-size white dwarf star KIC08626021, located 1,375 light-years away near the Cygnus and Lyra constellations, reaches us. Its slight surface vibrations — stellar quakes — were measured with great accuracy. For the first time, these quakes reveal mysteries buried within the core of these stellar remnants. (Credit: Stéphane Charpinet/IRAP)

Bok to the Future: Sounding the Depths of a Dying Star

A small, aging telescope can still do mighty science, even helping astrophysicists undertake a virtual journey to the center of a dead star. What they discovered may change our knowledge of how stars — including our sun — evolve and age.
Daniel Stolte
,
University Communications
March 1, 2018
Resources for the Media 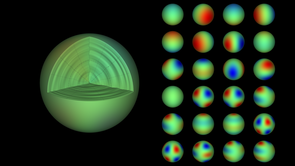 Stellar quakes produce vibrations that sometimes propagate all the way to the stellar core, as is the case for the white dwarf star KIC 08626021. 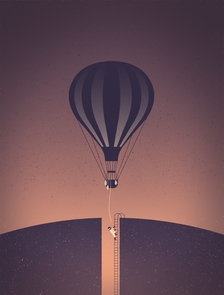 Journey to the center of a white dwarf star: Astrophysicists use astroseismology to learn about the interior workings of a star, not unlike the way geologists gather clues about the Earth's architecture by observing how seismic shocks travel through its interior. (Illustration: Élodie Duhameau) 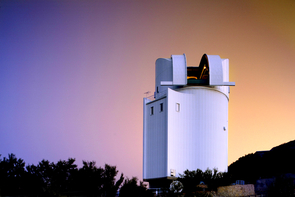 Vintage workhorse: Dedicated in 1969 and named after Bart Bok, who was director of the UA's Steward Observatory at the time, the UA's Bok Telescope has pointed its 90-inch primary mirror at the skies every night except Christmas Eve and a maintenance period during the summer rainy season. (Image courtesy of Steward Observatory)

There are times when having the latest and greatest in technology is not the only thing that counts, even in a field where success depends critically on technological advances, as it does in astronomy.

This is the story of a telescope and instrument considered "vintage" by today's standards, and how they allowed one group of researchers to succeed in making a discovery they wouldn't otherwise have been able to make, had they relied exclusively on the advanced satellite instrument that collected the initial data.

It all began when data taken by NASA's Kepler spacecraft revealed that a white dwarf named KIC 08626021, the "corpse" of a star not unlike the sun, was pulsating. That in itself was not unusual. By the time a star becomes a white dwarf, it has burned all of its nuclear fuel and is cooling down for the last time. At several points during the cooling process, a white dwarf becomes unstable, causing it to pulsate simultaneously at multiple different frequencies. These deep vibrations are the key to unveiling the interior of the stellar remnant. The internal chemical stratification of the white dwarf star creates a unique signature in the modulation of the light coming out of the star, which, once deciphered, allows scientists to obtain a cartography of its internal structure.

Astronomers who study how stars are born, how they age and how they die believe that white dwarfs, especially pulsators such as KIC 08626021, give us a  preview of the afterlife of our sun, long after it has consumed our planet in its fiery throes of death. In fact, the vast majority of stars in the universe will end up as white dwarfs. These stellar relics retain the imprints of past physical processes such as nuclear burning and episodes of convective mixing — phenomena that are not all that well understood in the actual modeling of stellar evolution theory. To have a glimpse at the internal structure and composition of these stars allows scientists to better elucidate the physics at play during all phases of stellar evolution, including those occurring in our sun.

But in the case of KIC 08626021, something was off. The pulsations that Kepler observed in this star were too rapid for the type of white dwarf that it was initially reported to be, based on the models astronomers commonly use to investigate these stars.

"A light spectrum taken with the William Herschel Telescope on La Palma in the Canary Islands suggested that its atmosphere contained only helium and no hydrogen," says Elizabeth Green, an associate astronomer at the University of Arizona's Steward Observatory who helped decipher the star's true nature. "This was a problem because a white dwarf of that type should have a cooler temperature and therefore slower oscillations than what Kepler saw."

Journey to the Center of a Star

Green was part of an international team of astrophysicists from Toulouse, France; Montreal; Tucson; Liège, Belgium; and Beijing who set out to unravel the internal composition of KIC 08626021 by deciphering the brightness oscillations observed at its surface, using asteroseismology, a technique similar to methods that geophysicists use to study the structure of the Earth, analyzing the seismic waves caused by earthquakes. The researchers published their results in a recent article in the journal Nature.

"In order to successfully model a star with asteroseismology, one needs to make the model as realistic as possible," Green says. "This means that the values for a large number of different parameters must be specified: the total mass and radius of the star, the atmospheric temperature, the thickness and composition of the atmosphere and, in the case of a white dwarf like this one, whose interior is stratified in layers of different elements, the mass, thickness and composition of each interior layer."

In the process of modeling the interiors of stars, theoreticians first construct a range of theoretical stellar models covering all the possible values of every unknown parameter, and determine what pulsational frequencies would be excited in each one. Then they compare the resulting sets of model frequencies to the observed frequencies to see if there are any matches, and if so, which ones match the observations the best.

To do this, Green spent several nights pointing Steward's Bok Telescope on Kitt Peak at the white dwarf KIC 08626021 — 1,376 light-years away in the constellation Cygnus. Using the telescope's B&C spectrograph, she measured the amount of light that the star emits at different wavelengths, to obtain the so-called spectrum that her colleagues later analyzed to determine the actual atmospheric parameters of the dead star.

"Obtaining enough individual spectra to combine into a single useful spectrum was no small feat considering that this was a rather faint star for a telescope of this size," Green says. "Nevertheless, we had enough time allocated to do the job properly. It would have been much more difficult to do with other, more powerful telescopes and instruments elsewhere, which have much more intense competition for observing time."

Green's observations helped clear up a mystery that resulted in the proper classification of KIC 08626021. Her spectrum was the first to show convincingly that this white dwarf's atmosphere was not composed entirely of helium, but contained significant traces of hydrogen as well. "Since hydrogen has a large effect on the opacity of the atmosphere, the slightly different atmospheric composition resulted in a higher calculated effective temperature for the star, consistent with its relatively rapid pulsations," she says.

The best-fitting asteroseismic solution not only matched the pulsational frequencies observed by the Kepler satellite "beautifully," according to Green, "but now it also agreed extremely well with the temperature and gravity determined from the Bok Telescope spectrum."

Peeling back the different layers of the white dwarf revealed that the stellar core of these stars is bigger and richer in oxygen than predicted, and provided clues to all the main chemical elements present. In addition, a precise knowledge of the internal chemical composition of white dwarfs also is useful as a "cosmological chronometer" allowing astronomers to determine the ages of the various stellar populations of our galaxy.

"To me, the most exciting part about this study is that we now have 'observed' values for things like the core size and oxygen abundance at the very center of a star that is nearing the end of its stellar life," Green says. "It’s almost like real X-ray vision. These new results will be used to refine our knowledge of physical processes that take place in extreme conditions in the interiors of nearly all stars."

The study, "A large oxygen-dominated core from the seismic cartography of a pulsating white dwarf," was led by Noemi Giammichele at the Institut de Recherche en Astrophysique et Planétologie (IRAP) of Toulouse, France.