While not posing the immediate danger of extinction, the fence could mean the end for some wildlife travel south or north of the border.
Alan Fischer
June 30, 2010
Resources for the Media
Extra Info: 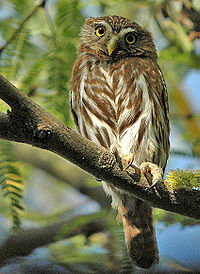 A 4.88-meter-tall metal wall built along parts of the Arizona/Mexico border to try to keep out people is doing a good job of preventing the movement of some species of wildlife, University of Arizona researchers have found.

Some animals that live near the border dwell in fragmented habitats that are separated by vast spreads of unsuitable land, said Aaron Flesch, senior research specialist with the UA School of Natural Resources and the Environment.

"When you have habitat that is fragmented on the landscape, movement is really important. Animals need to move among these small patches of available habitat in order to persist in these environments," said Flesch, lead author of "Potential Effects of the United States-Mexico Border Fence on Wildlife," a paper that appeared in Conservation Biology.

"You might have suitable patches of habitat where the animals can survive and reproduce, separated by large areas of no habitat that might be difficult to traverse," he said.

Flesch and his co-authors tracked the movements and behaviors of ferruginous pygmy owls and desert bighorn sheep to see what impact the man-made border barrier, as well as areas cleared for roads and agricultural development, potentially would have on their movements among suitable habitats.

"For sheep it is very simple: a quadruped is not going to climb a fence. And four meters is a pretty good jump. Bighorn sheep, deer, mountain lions, bear, they are going to be visibly excluded from crossing a solid fence," he said.

"Most people think a bird is going to fly up and over a wall because they have wings. Pygmy owls are limited to fairly dense stands of vegetation. They often times avoid large vegetation gaps, and they tend to stick to and stay in dense cover and not cross big swaths of open country."

Tiny radio transmitters were attached to juvenile birds right after they fledged, and researchers tracked their movements. The owls moved up to six kilometers per night, he said.

While the border fence is not posing the danger of an immediate risk of extinction for wildlife species, it could mean the end of some important cross-border movements, he said.

"Certainly the pygmy owl and the desert bighorn sheep are not going to go extinct because of the border wall. I don't think there is any question about that," he said. "But what happens is if habitat is fragmented north of the border and there is not a lot of it to begin with, and the populations are small? If populations wink out locally (go locally extinct) in some of those patches, the overall number of animals might not be enough to foster persistence into the long term without some additional immigrating into that population from Mexico."

"The issue is more a local one – or a bi-national one. We need to work together to maintain populations across the international border at a certain level. The border is just a political boundary; animals don't recognize it."

Researchers can help policymakers find the best way to balance border security with the needs of wildlife species.

"There are concerns about immigration and border security, and my take is that those issues are here to stay. And so what needs to happen is people from academia, people from civil society, need to start working better with the Department of Homeland Security so that future actions for border security and infrastructure are done as thoughtfully as possible," he said. "It would be nice to have cooperation with concerned interests in Mexico about how to continue monitoring border security and adapting or building new infrastructure so that is has the least impact possible."

High-technology solutions could play a role in resolving the ongoing problem.

"We need to think of ways we can maintain those values, maintain wildlife, while at the same time enforcing immigration laws," he said. "We wanted to point out a few things like motion sensors, vehicle barriers, radar, things that people could use to figure out where illegal activity is happening or not happening, and potentially even monitor wildlife. That was our goal."

Matt Clark, a study co-author and conservation scientist working on border issues with the Defenders of Wildlife, noted this type of research should be better funded and expanded to include other species and border security impacts.

"There is an urgent need for governmental agencies to partner with universities and non-governmental entities to conduct scientific research to quantify the direct and indirect impacts of the border wall, patrol roads and human disturbance on wildlife," he said.  "Only with objective information can these impacts be pinpointed and properly mitigated for. There are solutions whereby the goals of border security and wildlife conservation can be aligned."