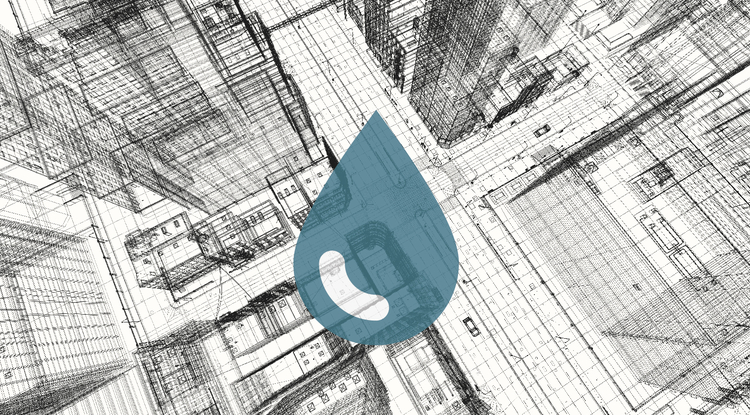 The way cities are built influences how water is used. That has been true for as long as there have been cities, but people who design cities and the people who manage water haven’t always worked together. A new report led by University of Arizona landscape architecture and planning researchers reveals a desire among practitioners to change that.

The report, produced with support from the Water Research Foundation, summarizes findings from an extensive study of coordination efforts between water managers and urban planners. After conducting a literature review, two national surveys with responses from nearly 1,000 practitioners, five in-depth case studies and a two-day workshop at the UA, the researchers concluded that, while coordination between these two groups does happen across the country, it does not happen as often as both would like it to.

“In order to design and build cities to be more water-efficient, we need to have more collaboration between water agencies and those who manage how cities are developed,” said Philip Stoker, assistant professor of planning and landscape architecture at the UA College of Architecture, Planning and Landscape Architecture. Stoker and UA Professor of Planning Gary Pivo co-led the study.

“Experts and practitioners think we should be doing this, but this study was about finding out why it’s not happening everywhere and identifying enabling factors,” Stoker said.

The idea behind this kind of collaboration is for cities to treat all water resources as valuable and make the most of them. It's a challenge that requires multiple perspectives.

“In our national surveys, we asked over 500 water managers and 400 practicing planners, and both groups overwhelmingly said they don’t coordinate enough,” Stoker said of the surveys that were distributed to members of the American Planning Association and the Water Resource Foundation.

So why weren’t they working together as often as they’d like? Some of the most common barriers to collaboration were a lack of time and resources, as well as practitioners simply not being in the habit of working together.

The report offers some strategies for increasing collaboration, including respective department heads introducing themselves and building a relationship, and hosting joint training sessions where water managers and urban planners hear each other’s challenges and brainstorm ways of coordinating. These are first steps, Stoker says.

“As trust builds and relationships become stronger, then they can develop municipal ordinances and land-use regulations together,” he said, adding that this is the ultimate goal.

One of the best examples of fruitful coordination at a city-level came from a case study in the small town of Aiken, South Carolina, where the city planner happens to be good friends with the water engineer, highlighting the importance of comfortable relationships and conversation.

"Because the two individuals were friends, the engineer made time in his schedule to sit in on development review meetings for new projects in the region. By attending the meetings, the engineer was able to weigh in during the permitting process to ensure that the new development would achieve the desired groundwater and stormwater goals of the regional and state agencies," Stoker said.

In a not-too-distant future, water managers and urban planners could even staff each other’s agencies with members of their own for “complete integration,” Stoker added. Survey respondents viewed this as a “beneficial strategy.”

The report provides a self-assessment for practitioners to identify their goals for collaboration and what barriers might stand in their way. It then offers strategies specific to overcoming each barrier.

Stoker said that he and the team are now working on creating an online tool for cities and municipalities to find sample ordinances that demonstrate the integration of water-use and land-use planning.

“You’ll be able to look at a map of the country and filter example ordinances based on your goals — for instance, graywater reuse — and then the map will populate with relevant sample codes, including the text of code and contact information to help them get started,” Stoker said.

The team is also building a database of evidence showing how urban design influences water use.