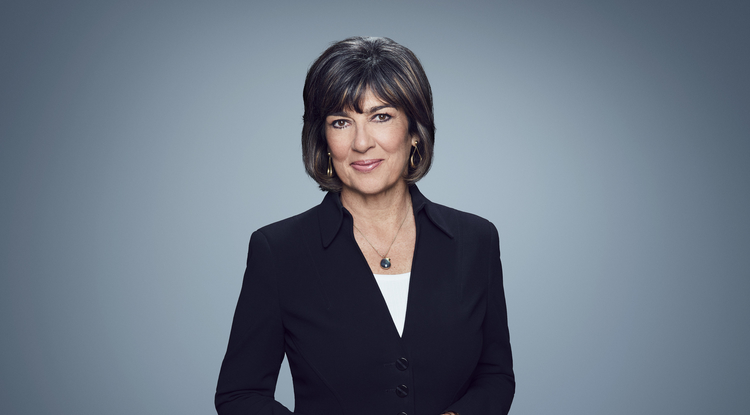 The renowned CNN journalist will be honored for her extraordinary contributions to press freedom and the people’s right to know on Sept. 20 at a public reception and lunch.
Mike Chesnick
,
UA School of Journalism
April 24, 2019
Resources for the Media

CNN journalist Christiane Amanpour, whose reporting on violence and human rights abuses in Iraq, Bosnia and Syria has earned her worldwide respect, has been named this year's winner of the Zenger Award for Press Freedom by the University of Arizona School of Journalism.

Amanpour will be honored Sept. 20 at a public reception and lunch at 11:30 a.m. at the Marriott University Park Hotel in Tucson.

UA School of Journalism Professor Mort Rosenblum, a former bureau chief and special correspondent for The Associated Press, will introduce Amanpour. He met her in the 1991 Gulf War during her breakout international assignment for CNN. He also worked with her in the Balkans, Africa, the Middle East and Afghanistan.

“Since her insightful coverage of Desert Storm nearly three decades ago, Christiane has exemplified the gutsy, up-close reporting and thoughtful analysis that helps a wobbly world stay on course,” Rosenblum said. “She shows how news is not about grand events, but rather the real people behind them.”

“I’m proud to receive the Zenger award, named for a couple whose powerful partnership laid the foundation for press freedom in the nascent United States, a freedom that has been the envy of the world and emulated with great sacrifice wherever possible,” Amanpour said. “This redoubles my struggle for the freedom, safety and independence of the press, the most vital pillar of any democracy.”

Amanpour, known for her tough interviewing style, is CNN’s chief international anchor of the network’s global affairs program “Amanpour,” which is based in London. An expanded show, “Amanpour & Co.,” also airs on PBS in the United States.

In Sarajevo in the early 1990s, she exposed the brutality of the Bosnian War and genocide committed against Muslims. In 2004, she reported exclusively from the courtroom at the trial of Saddam Hussein, where the former dictator was sentenced to death for crimes against humanity. In 2014, Amanpour broke the news of a dossier that alleged to show the torture of prisoners by government forces in Syria. She also interviewed embattled Venezuelan President Nicolás Maduro about his country's violent demonstrations.

Amanpour has won 11 Emmy awards, four Peabody awards, two George Polk awards, three duPont-Columbia awards and the Courage in Journalism Award. She has used her profile to raise awareness of global issues and journalists' rights and is a board member of the Committee to Protect Journalists, the Centre for Public Integrity and the International Women's Media Foundation.

A version of this article originally appeared on the UA School of Journalism website: https://journalism.arizona.edu/news/cnns-amanpour-receive-2019-zenger-award