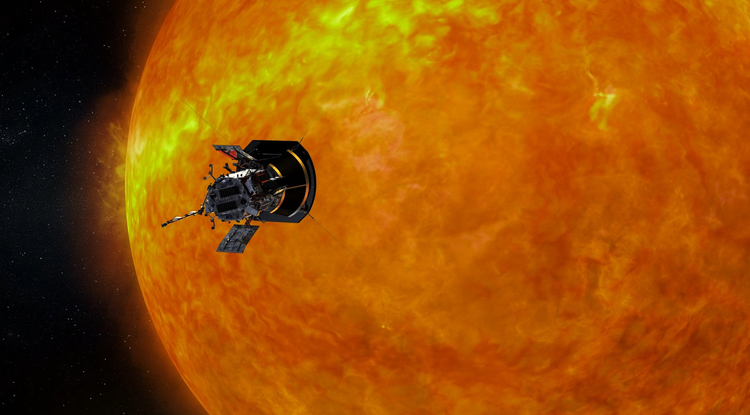 Close Encounter with the Sun 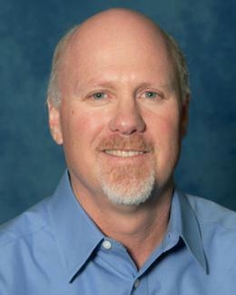 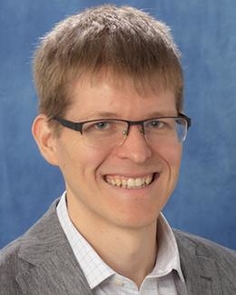 NASA’s Parker Solar Probe team released scientific data collected during the spacecraft's first two solar orbits to the general public on Nov. 12. Launched last year on Aug. 12, the Parker Solar Probe is the first attempt to get close to the sun and study the solar wind at its source.

Not unlike the more familiar wind in the Earth's atmosphere, the solar wind can be anything from a gentle particle breeze lighting up the Arctic night sky with green-glowing curtains of the Aurora borealis to violent gusts capable of causing global devastation. Scientists are hoping to find answers to questions that seem fundamental in nature yet have eluded them for decades – for example, where does the solar wind come from, and what causes flares and coronal mass ejections?

Billed by NASA as "humanity's first visit to a star," the  Parker Solar Probe will conduct seven fly-bys, during which the spacecraft will approach the sun to within 10 solar radii, far enough to not burn up and close enough to dive into the sun's atmosphere, or corona.

One of the most vexing problems the probe is sent to investigate is the dramatic jump in temperature the solar wind undergoes as it leaves the sun's surface and enters its corona. Across the mere relative thickness of an onion's skin, some unknown mechanism heats the particles, also known as plasma, from about 9,000 degrees Fahrenheit at the surface to 2 million degrees or more in the corona.

According to Kristopher Klein, an assistant professor in the Lunar and Planetary Laboratory at the University of Arizona, the results are expected to shed light on many fundamental physical processes.

"By combining these measurements, we can work toward constructing a more complete picture of how the solar wind changes as it expands from the solar surface, and what physical processes continue to act to heat this system," said Klein, who is affiliated with the probe's SWEAP instrument.

"We'll get close enough to where most of the mechanisms that are pushing the particles out are still actively doing that pushing," he said, adding that the mission will provide a better understanding of the space weather around Earth and allow predictions when to send astronauts to Mars or protect a satellite before it gets ripped apart by a radiation burst.

The released encounter data encompasses measurements made during the first two solar encounters, spanning the time between Oct. 31 and Nov. 12, 2018, and March 30 and April 19, 2019, when the spacecraft was within 0.25 AU of the sun, as well as data collected at farther distances. One AU, or astronomical unit, is about 93 million miles, the average distance between the sun and Earth.

Science teams led by principal investigators from partner institutions have been busy poring over the wealth of information collected by the Parker Solar Probe in preparation for the mission's first science results, to be released later this year. The four instrument suites onboard – FIELDS, ISʘIS, SWEAP, and WISPR – have been observing the characteristics of the solar wind (fields, waves, flows, and particles) in the immediate environment surrounding the Sun, called the corona.

With three of 24 planned solar orbits under its belt, the Parker Solar Probe will continue to get closer to the sun in the coming years, eventually swooping to within 4 million miles of the sun's surface, facing heat and radiation like no spacecraft before.

"This is an exciting time to be a heliophysicist," said Lunar and Planetary Laboratory professor Joe Giacalone, who is on the team of ISʘIS, an instrument that detects very energetic particles. "The data that is now publicly available comes from a region of space we have never sampled previously. With many brilliant scientists now poring through this amazing data set, new discoveries about our star are soon coming."

Paying a close visit to the sun also provides an opportunity to learn about phenomena such as other stars, plasma accretion disks around black holes and the interstellar medium, a very low-density plasma that fills the galaxy.

Sending the Parker Solar Probe to the sun might even help with developing plasma on Earth – for example, developing fusion reactors that could someday provide sustainable energy.

"Releasing this data to the public will allow them not only to contribute to the success of the mission along with the scientific community, but also to raise the opportunity for new discoveries to the next level,” said the mission's project scientist Nour E. Raouafi of the Johns Hopkins Applied Physics Laboratory which manages the mission for NASA.

Data can be accessed through the NASA Space Physics Data Facility, the Solar Data Analysis Center, the APL Parker Solar Probe Gateway, and the Science Operation Centers of the four science investigation teams: the University of California, Berkeley; Princeton University; the Harvard-Smithsonian Center for Astrophysics; and the Naval Research Laboratory. The newly released data, in the form of data files and graphical displays, is available for interested public users to manipulate, analyze and plot in any way they choose.