Conference Devoted to Understanding How the Brain, Consciousness Works

UA Professor Emeritus Stuart Hameroff and his colleagues have convened a group of academics and researchers from around the world to discuss their research in the area of consciousness studies during a conference this month.
La Monica Everett-Haynes
,
University Communications
March 31, 2010
Resources for the Media
Extra Info:

"Toward a Science of Conscousness 2010" 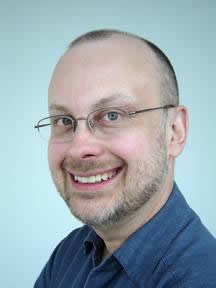 Stuart Hameroff, UA Professor Emeritus and director of the University's Center for Consciousness Studies, said consciousness studies has seen a surge in research in recent years. He and his colleagues coordinated a conference, bringing scholars from around the work to speak about their investigations and findings.

Consider the times you've been on auto-pilot phase – driving without effort, daydreaming, navigating multiple Web sites while working on a single project.

Then something occurs that jolts you back into the immediate. Maybe the phone rings, or your partner calls your name or the horn of the car behind you suddenly honks. What, then, was really driving your conscious mind around your brain?

On April 12, the University of Arizona's Center for Consciousness Studies will open its six-day "Toward a Science of Consciousness 2010" conference, which will be held at the Tucson Convention Center, 260 S. Church Ave., and Hotel Arizona, 181 W. Broadway Blvd. Plenary and keynote sessions will be held in the convention center's Leo Rich Theater.

The pre-conference session will be held April 12 from 9 a.m. to 1 p.m. That day, half-day sessions will cover topics such as selective attention, lucid dreaming and mindfulness, among other topics.

The biennial forum tends to draw anywhere between 700 and 1,000 people from around the world with some of the world's leading consciousness researchers speaking on a broad range of topics.

Stuart Hameroff, UA Professor Emeritus who directs the center, said this year's conference highlight include sessions on artificial intelligence and research out of neuroscience.

"There was a tremendous advance in the last couple of years in the neuroscientific basis for consciousness," Hameroff said.

"Over the previous 100 years, studying the mind had been pretty much based on stimulus-induced responses in the brain," he said. This concept is rooted in the belief that all responses are in direct relation to stimuli.

"But a few years ago, people started to realize – well, what about when you just daydream? Meditate? Or just let your mind wander? Studying these types of phenomena gives a quite different picture of consciousness in the brain," Hameroff said.

Plenary sessions will cover topics and issues related to bodily sensation, synesthesia (a sensory crossover), meditation and enlightenment, machine consciousness, quantum biology, mind wandering, emotion, the self, a centennial celebration of the work of William James and consciousness in science fiction.

Other events include a showing of BIOSCAPES, an international traveling exhibition, yoga and meditation sessions. Also included are poster sessions, a poetry slam, trips to Mount Lemmon and Sabino Canyon, a banquet, a musical performance and a party to close the conference. In all, nearly 400 presentations will be given during the conference.

The conference's keynote speakers and highlights are:

Much of the conference is devoted to research centered on explaining how the brain produces conscious experiences, Hameroff said, addressing issues of reality and one's place within the universe.

"It represents a community that is constantly changing," Hameroff said about the conference, noting its diverse range of disciplines and event offerings.

Another major theme this year is machine consciousness, or artificial intelligence. One session, for instance, are devoted to computation models advanced by IBM and its study of the brain, neuron by neuron. Another will discuss correlations between computer applications and consciousness.

"We always try to give a broad and comprehensive survey, but we also want some focus," Hameroff said.

"About 100 years ago, behaviorists took over and restricted the science of the mind to only what could be easily measured – behavior, not consciousness," he said. "Studying consciousness was like the kiss of death to academic careers."

But, today, thousands of researchers around the world are attempting to understand and define consciousness. "I am thrilled," said Hameroff, who has long been interested in consciousness studies.

The desire to have a collective, interdisciplinary discussion to promote improved understandings how the brain operates in such ways is part of why Hameroff and his colleagues initiated the conference in 1994.

It was clear then that it was necessary to "cut across interdisciplinary lines, Hameroff said.

"Philosophers, neuroscientists, psychologists, artificial intelligence researchers, biologists, meditators, mathematicians and mystics all had useful things to say," he said. "That gathering galvanized the whole study of consciousness in a much broader sense."