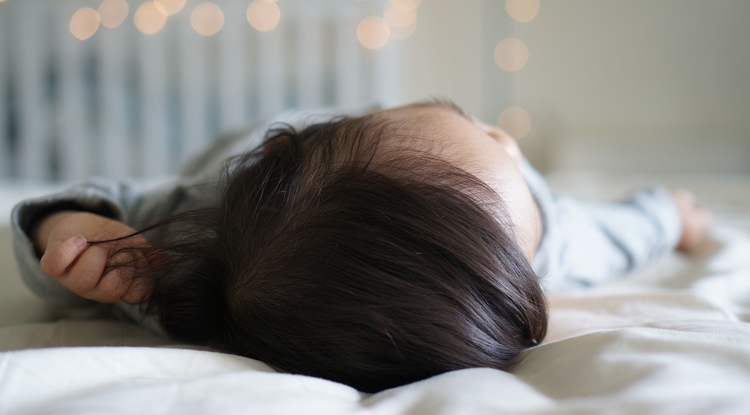 Could Limiting Naps Support Learning in Children With Down Syndrome?

A robust and growing body of research explores the effects of sleep and napping on learning and memory development in young children. Yet, less work has looked at the cognitive implications of naps for children with Down syndrome — a population that commonly suffers with significant sleep challenges.

Jamie Edgin, a psychologist at the University of Arizona, plans to explore this topic with support from a new grant from the LuMind Research Down Syndrome Foundation, the nation's largest nonprofit funding organization for Down syndrome research.

While typically developing children tend to stop napping around age 3, it's common for children with Down syndrome to continue taking regular naps much later in development — as late as age 8, said Edgin, an assistant professor in the UA's Department of Psychology, co-director of the UA's cognition and neural systems graduate program and a faculty member in the UA's Sonoran University Center for Excellence in Disabilities, Education, Research and Service.

Of concern, Edgin said, is that continued daytime napping could be negatively impacting the quality of their nighttime sleep, which is essential to learning and memory consolidation.

"There are some studies that suggest if you restrict the naps of typically developing children who might be napping later in development, it can help make their nighttime sleep more efficient," said Edgin, who studies memory and sleep in typically developing children as well as those with intellectual disabilities. "This may be even more true for special populations, where they're often napping much later in development."

Roughly half of those with the Down syndrome suffer from obstructive sleep apnea, a condition in which breathing repeatedly stops and starts during sleep, Edgin said. Many also struggle with transitions between different sleep stages, such as slow-wave sleep, often referred to as "deep sleep," and rapid eye movement sleep, which is characterized by rapid eye movements, dreaming, and a faster pulse and breathing rate.

"There are different sleep stages that we enter into during the night, and we know that some of those sleep stages are related to memory consolidation," Edgin said. "If you have more efficient slow-wave sleep, you generally retain information better. And we are also finding a role for REM — rapid eye movement — sleep. If taking away naps could somehow influence those sleep stages at night to be more efficient, then we might see better retention of information."

This is the theory Edgin plans to test with support from the LuMind Foundation, which over the past eight years has granted more than $1.5 million to the UA to support Down syndrome research by Edgin and others in the Department of Psychology.

The new grant, of $215,000, will support Edgin's nap intervention study as well as other research, including collaborative projects with UA psychology faculty members Stephen Cowen, an expert on the electrophysiology of sleep and learning, and Jessica Andrews-Hanna, an expert in brain imaging.

For Edgin's sleep intervention study, she will work with parents of children who have Down syndrome, who are habitual nappers and who are 3 1/2 years old — the age that typically developing children transition out of napping — or older.

Edgin and Tyler Deeny Martino, a UA graduate student in cognition and neural systems, will work with parents to restrict their children's napping for one week. They will measure the children's nighttime sleep quality before and during the napping intervention by hooking them up overnight to an electroencephalogram, or EEG, machine, which measures electrical activity in the brain.

During waking hours, the children in the study will complete game-based memory and cognition assessments when they've napped and when they haven't napped.

All of this will allow Edgin to see whether restricting naps boosts nighttime sleep quality and, in turn, learning.

"Here is a population for which it is well known that they have an intellectual disability, and there have been decades of work chronicling their cognitive profile in terms of language and cognitive deficits," Edgin said. "But there has been very little work looking at the influence of their extensive sleep problems on these areas of functioning. Poor sleep is a very important problem that's been underrecognized and may impact their cognitive outcomes. Studies from the field of  cognitive neuroscience suggest that sleep can be important for language development, knowledge acquisition, and general learning and memory."

If restricting naps proves beneficial, as Edgin suspects, it could be a relatively easy change for parents of children with Down syndrome to make at home.

"It could be a simple behavioral modification that does not require any pharmacological intervention," Edgin said, "but we have to see if it works first."