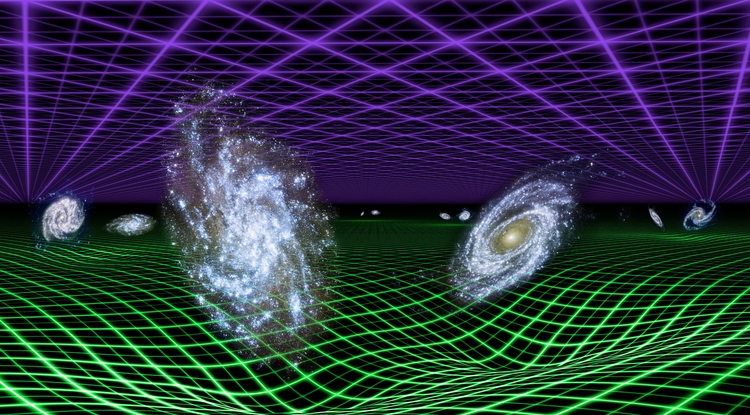 Astronomers think that the expansion of the universe is regulated by both the force of gravity, which acts to slow it down, and a mysterious dark energy, which pushes matter and space apart at faster and faster speeds. In this artist's conception, dark energy is represented by the purple grid above and gravity by the green grid below. Gravity emanates from all matter in the universe, even dark matter. (Image: NASA/JPL-Caltech)

Two UA faculty members will be allotted $750,000 over five years to investigate the nature of the expanding universe and other dark mysteries.
Mikayla Mace
,
University Communications
Aug. 1, 2019
Resources for the Media 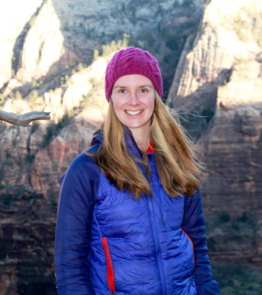 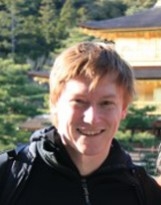 Two University of Arizona astronomers received Early Career Research Awards to continue their investigations into dark energy, the mysterious mechanism propelling the expansion of the universe, and dark matter, a mysterious component of the universe which has mass but does not interact with light.

“Supporting our nation’s most talented and creative researchers in their early career years is crucial to building America’s scientific workforce and sustaining America’s culture of innovation. We congratulate these young researchers on their significant accomplishments to date and look forward to their achievements in the years ahead,” Department of Energy Secretary Rick Perry said in a statement.

“This is really fantastic news and a great recognition,” Eifler said. “It enables a focused research effort in cosmology over the coming five years.”

Researchers can apply three times for the award, but Eifler and Krause received the award after their first application, which is uncommon. Both researchers joined Steward Observatory in August 2018. Their individual research endeavors aim to improve scientific understanding of dark energy, which was first observed indirectly over two decades ago.

The discovery of dark energy was awarded the Nobel Prize in 2011, yet the underlying physics of how dark energy causes accelerated universal expansion is still unknown. Large science collaborations have formed to explore this phenomenon, among them the Dark Energy Survey, or DES, and the Large Synoptic Survey Telescope, or LSST, in which Krause and Eifler are both deeply involved.

The DES is the largest ongoing imaging survey, and it covers one-eighth of the sky to unprecedented depth, surveying more than 300 million galaxies. The LSST will be an even larger endeavor than the DES when it opens its eyes to the sky in 2022. It will cover half of the sky to even greater depth, surveying 20 billion galaxies and allowing for detailed mapping of the universe’s structure, according to Krause.

Krause, who came to the UA to be in center of the action for the LSST, said, “I’m really glad to receive funding for five years. It’s an unusually long duration, so having a consistent stream of funding means we can take on bigger projects. It’s also very nice recognition after many years of work.”

Eifler, who moved to the UA from a staff scientist position at NASA-Jet Propulsion Laboratory, also emphasized the importance of the LSST for cosmological endeavors in the coming decade. His future research aims to explore the benefits of combining LSST data with data from space missions, in particular from the NASA Wide-Field Infrared Survey Telescope mission, which is scheduled to launch in 2025.

Krause and Eifler’s research programs will enable the analysis and combination of various galaxy observations to understand the nature of dark energy, as well as dark matter. Their work will also allow for the combination of DES and LSST data with other large data sets, such as information from Cosmic Microwave Background experiments, to learn even more about these dark mysteries that comprise the majority of the universe.

The Early Career Research program for scientists at U.S. universities and national laboratories, now in its 10th year, supports the development of individual research programs of outstanding scientists early in their careers and stimulates research careers in the disciplines supported by the DOE Office of Science, including advanced scientific computing, biological and environmental, basic energy sciences, fusion energy sciences, high energy physics and nuclear physics.