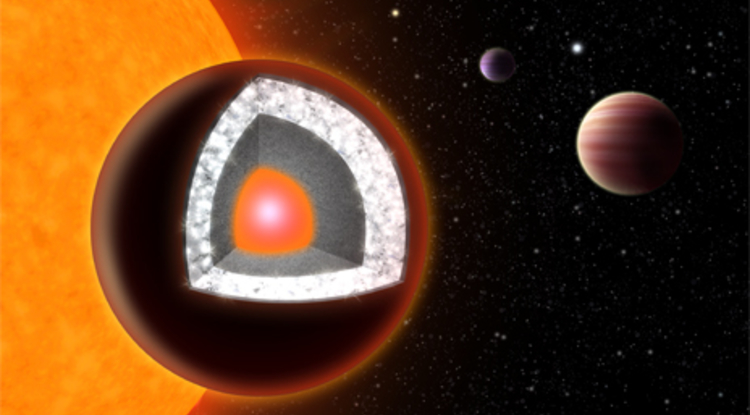 In the sky with diamonds? A so-called Super-Earth, planet 55 Cancri e was believed to be the first known planet to consist largely of diamond, due in part to the high carbon-to-oxygen ratio of its host star. (Artist's concept: Haven Giguere/Yale University)

Diamond 'Super-Earth' May Not be Quite as Precious, UA Graduate Student Finds

An alien world reported to be the first known planet to consist largely of diamond appears less likely to be of such precious nature, according to a new analysis led by UA graduate student Johanna Teske.
Daniel Stolte
,
University Communications
Oct. 7, 2013
Resources for the Media
Extra Info:
The previous studies mentioned in this article are available online:
2010 study by Delgado Mena et al.
2012 study by Madhusudhan, Lee and Mousis 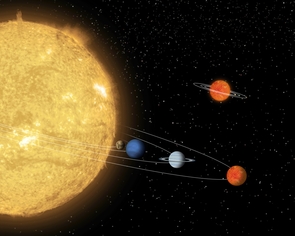 The smallest of several planets in the 55 Cancri system, the former 'diamond planet' is seen orbiting its host star at very close range in this artist's impression. A nearby brown dwarf with its own 'miniature' planetary system is pictured as well. (Illustration: NASA/JPL-Caltech) 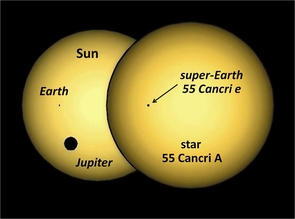