Who are the "digital divas" of the shopping world? They are shoppers who: 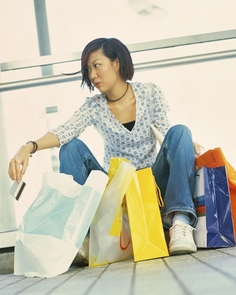 What do you get with a high level of digital engagement coupled with a strong passion for fashion? According to new survey results in a UA-led project, you get a "digital diva," an emergent population of shoppers whose habits and desires are expected to drastically change retailing. 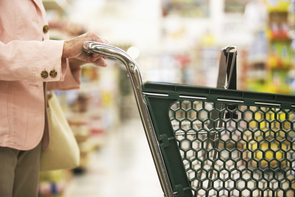 "Digital divas" are those consumers who have a high interest and engagement in fashion and digital technologies, said Anita Bhappu, the UA's Petsmart Associate Professor of Retailing and Consumer Sciences. In a newly released set of findings on the consumer group, Bhappu and doctoral candidate Charles Lawry found that such shoppers have the potential to greatly shift traditions in retail. 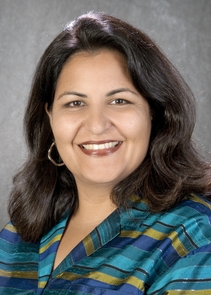 UA researcher Anita Bhappu studies consumers in the digital economy, helping retailers and other organizations to better understand how people make purchase decisions and what services are most beneficial, or not, to consumers.

A growing population of consumers called "digital divas" is appearing on the global scene, and a University of Arizona-led research team is urging retailers to ensure they are meeting the needs of these influential shoppers.

Anita Bhappu, the UA's Petsmart Associate Professor of Retailing and Consumer Sciences, led the international survey of more than 7,400 consumers to understand how fashion shoppers make decisions when purchasing apparel, footwear and accessories.

Overall, "digital divas" are sophisticated shoppers who are very knowledgeable about the fashion industry when compared with non-divas.

These divas rely on digital communications tools when learning and sharing about products. They also are very adept at sharing opinions about products and their shopping experiences and have great clout in their social networks.

And given their collective knowledge and influence, their habits conceivably will lead to major shifts in retail, the team noted.

"Digital divas are in control," said Bhappu of the UA's Norton School of Family and Consumer Sciences.

"Digital divas spend a lot of time in the search and discovery stages of their shopping process and engage in some very predictable but also important behaviors that provide insights on how we might better serve them as consumers," Bhappu said. "I describe them as fragmented, informed, social and untethered."

Bhappu co-presented the study and findings in a Feb. 19 webinar sponsored by the UA's Terry J. Lundgren Center for Retailing and Demandware, which provides software-as-a-service e-commerce solutions and funded the international project.

Bhappu will present the student and additional insights about digital divas during the UA Terry J. Lundgren Center for Retailing's Global Retailing Conference 2013, which will be held April 11-12 at Tucson's Loews Ventana Canyon.

For the current survey, respondents were recruited in the United States, United Kingdom, Germany and France, finding that divas also are especially attuned to social media and digital communication.

"Social media has become a hyperreal space, where digital divas can interact directly with fashion brands and retailers," said Charles Lawry, a doctoral candidate in retailing and consumer sciences, who served as a research assistant on the project and is using the data for his dissertation.

The team noted that digital divas are five times more likely than non-divas to share with their social networks what they like and do not like about products and shopping experiences, most often through the use of digital communications tools.

"They are engaged in opinion leadership – that is how we define this type of behavior," Bhappu said. "This highlights the importance of trying to attract them and to put them to use as brand ambassadors."

Also, digital divas are twice as likely than their counterparts to use a mobile device.

"Digital divas are mediating this social media experience, by orchestrating the flow of information between fashion brands and consumers," said Lawry, who is studying how digital divas act as opinion leaders and use social media postings to inspire other customers with their fashion tastes.

"So, non-divas can truly benefit from the expertise and knowledge of digital divas in the form of fashion advice, product recommendations and ways to save money," he said.

Likewise, retailers are becoming more attuned to digital communications, offering services and information in digital formats. Also, there exists a global expansion of markets, where product sales are not always bound by the restriction of the physical store, which speaks to the acceleration of changes in retail.

"Given all of this, we really wanted to step into the industry and ask the consumers themselves – to get into the mind and psyche of what drives their behavior," Garf said.

The team also found that while digital divas directly account for 29 percent of fashion spending globally, they have an additional 40 percent of what the team calls "influencing power," which reflects their ability to shape what non-divas buy as well.

When accounting for this direct and indirect spending, digital divas comprise 69 percent of purchasing power in the fashion world, the team noted.

"In general, 22 percent is a relatively small group. But that is outweighed by the importance of the purchasing power they have," Garf said, referring to the global population of digital divas.

These are those time-strapped and highly resourceful people who, while shopping, are on their smartphones and other mobile devices, scanning tags, comparing prices and checking store inventories while updating Facebook, Pinterest and Twitter all the while.

You might ask: "Why should I care about these digital divas?"

"They are influential, connected, informed and valuable. They are powerful, and they know it," Garf said.

An interesting note: In an era of tremendous privacy concerns, digital divas are more willing to hand over information about themselves if it guarantees them personalized promotions.

"They have high expectations, and they want to be treated differently," Garf said. "They are doing a ton of research. They are information omnivores, just devouring information. So they want to have some parity."

Garf also noted that digital divas are very loyal to brands while also highly selective. Because they have little time, largely because of their familial and work-related responsibilities, digital divas try to optimize shopping time, and they do so digitally.

"The use of technologies, especially among the digital divas, has sky rocketed over the last couple of years," Garf said.

"The iParent – it's what people are calling it," he said. "They are newly married with kids and not a lot of time, and they are still becoming an influential contingent in the makeup of fashion consumers."

Findings also indicate that digital divas do not sway toward one gender identity with 53 percent being women and 47 percent male – not the most striking of findings to Bhappu.

"What surprised me more in terms of the demographics is that the age group extended into the mid-40s," Bhappu said, noting that digital divas were aged 25 to 44.

"We typically think of the digital natives as being the younger millennials. For me, the profile of somebody who is very much in their prime or the middle of their career with a family and children was not what I expected," she said.

Improved knowledge about digital divas, and other consumer segments, is hugely important to see and understand emerging trends among consumers and to be able to predict the future of retailing.

"This is certainly something you need to address – listen to the noises and actions over the Internet; be able to listen, interpret and respond," Garf said.

He and Bhappu also noted that the habits and desires of digital divas are creating industry shifts.

In addition to traditional methods, retailers will have to rely on new and emerging practices, such as rethinking the function of physical stores, thinking about mobile devices first when designing platforms and shifting attention placed on marketing, the team noted.

"Is the store dead? No, not at all," Garf said. "The store is alive and kicking, but it might become more of a depot or a drop-off and pick up location or a place where you try on. But the way retailers leverage the physical store is changing."