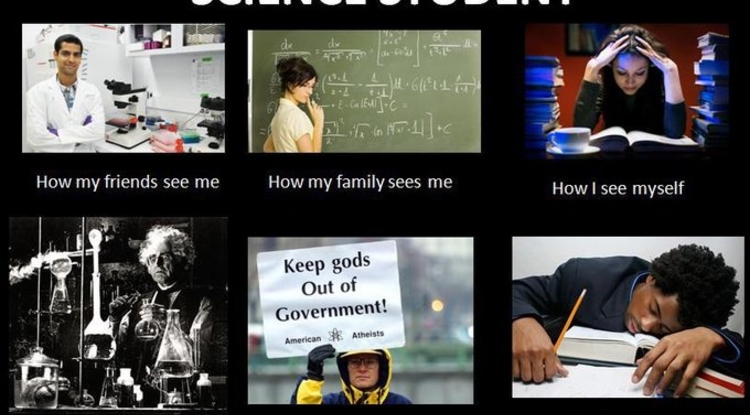 Popular memes, like "What People Think I Do" and "Forever Alone," exist both to store and convey cultural information and knowledge, said UA English professor Ken McAllister. Often, the embedded messages are not obvious, sometimes lost in the hilarious or nonsensical nature of the meme. (Source: knowyourmeme.com)

Do You Know Your Meme? 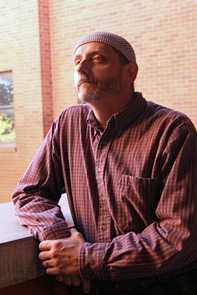 For more than two decades, UA English professor Ken McAllister, previously a computer programmer, has been immersed in the study of computer culture. During that time, McAllister has studied virus writing, hacking, gaming and other manifestations of online communities. More recently, he has begun studying the contemporary and historic proliferation of memes. (Photo credit: Beatriz Verdugo/UANews) 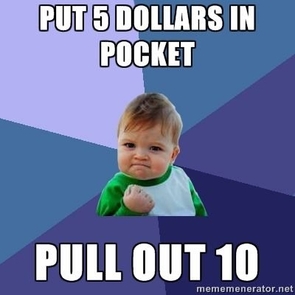 The viral image, "Success Kid," is an example of a popular meme. The image was originally taken by photographer Laney Griner of her son, Sammy, in 2007. (Source: knowyourmeme.com)

It may seem that memes collectively represent a contemporary phenomenon born recently thanks to the advent of the Internet and social media. But this is not even close to being the case.

Some of the more recent memes to go viral – "Grumpy Cat," "Overly Attached Girlfriend" and "Scumbag Steve" being among them – are actually current manifestations of centuries-old conveyers of cultural markers, said Ken S. McAllister, a University of Arizona English professor.

And having studied memes for some time, McAllister has found that memes also are embedded with a kind of collective cultural memory that reminds us of who we are and also shapes who we are.

The concept of memes was originated in the 1970s and advanced by Richard Dawkins, a British biologist and scholar, said McAllister, an expert in computer games and computer subcultures who co-founded and co-directs the Learning Games Initiative, an international organization that conducts research on and builds computer games.

"Memes morph; they mutate, and the powerful ones live while the weaker ones die," McAllister said, noting the work of Dawkins.

So, are all ideas memes, then?

They might have meme potential, McAllister suggested, but not every idea becomes a full blown meme.

And memes – as derived from events, ideas, phrases and concepts – do not only live online, but also have existed for centuries embedded in architecture, television, clothing, novels, religion and the like, said McAllister, who also directs the UA’s Rhetoric, Composition, and the Teaching of English Program.

McAllister noted that antique memes like the Sator Square – a series of letters that read the same up, down, backward and forward – were just as mobile as today’s memes, though they traveled much more slowly. The Sator Square, first found in ancient Pompey, has been discovered in many other places around the world, from medieval Britain and 18th Century Scandinavia, to contemporary novels and art installations.

Another example he offered was the presence of "the three hares," a motif drawn in a circular pattern. The motif was first seen in Chinese Buddhist temples about 1,000 years ago. Later, it was found in Russian-Islamic artworks and, eventually, in cathedrals and synagogues around the world, McAllister noted.

Another? "Abracadabra," a term found in Egypt that has proliferated through oral histories and texts about healing practices, not to mention through numerous popular forms such as novels and performances. There's even a DC Comics supervillian of the name, "Abra Kadabra."

"The idea of transmittal is almost self-evident," McAllister said – an important finding of his work indicating that memes do not merely exist as repositories of cultural knowledge, but that they transmit what information is stored within them.

"But the cultural storage part is something we have yet to analyze fully. It's about writing styles, about cultural contexts, about historic periods and assumptions," he said. "The idea of memes as storage is in a way no different than thinking about a book or a cultural artifact. Yes, those objects transmit certain types of understanding, but they also store them."

But what is being stored and transmitted is not always explicit in a meme.

So, then, what can Internet memes like "LOLcat," "Epic Fail," "Condescending Wonka" or "Honey Badger" tell us or teach us?

Memes communicate our obsessions, our preoccupations and those things we are emotionally and socially connected to, either positively or negatively. Those connections may be around something as simplistic as shared humor, or as complex as explaining what two seemingly unrelated cultural groups have in common.

Mary E. Wildner-Bassett, the UA College of Humanities dean, said McAllister's work is both informative and transformative, helping to advance a fundamental understanding of not only how memes are transmitted, but also why they exist in the first place.

"The deep analysis Ken has been able to do, expanding from ancient history to today and into the future, shows us the depth and breadth of what can be brought to our understanding of what might be culturally important, or fun and cool, or just passing or passé," Wildner-Bassett said.

"It's about the habits of mind we like to develop in the humanities – to see the broader picture so that we can understand our part of wherever we are in our history and culture " she said. "And it shows us that this is a way of learning and understanding that we as human beings have been engaged in without even being aware of it."

So, if you've found yourself randomly singing "Call me Maybe" after seeing one of the popular memes populated as a result of the song or getting a chuckle out of "Success Kid," it is not necessarily a mere act of passive entertainment, but a sign of your full participation in a form of cultural knowledge relay.

"There are people studying the communication of ideas and the history of ideas, but not in the same way that people in the field of memetics do," McAllister said, noting the emerging field devoted to the investigation of memes.

"And it's important to study these things historically. I do think it gives us more information about ourselves and helps us to understand the human condition and the development of culture.”