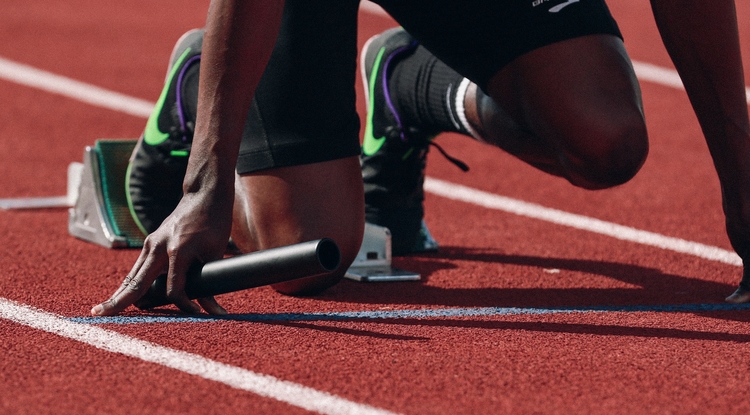 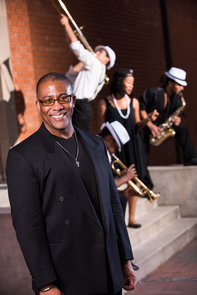 In 1960, track and field sprinter Wilma Rudolph became the first African-American woman to win three gold medals in a single Olympic Games, earning the title of fastest woman in the world and a permanent place in the pages of sports history.

However, there is another part of Rudolph's legacy that may be lesser known – her work as a civil rights pioneer.

When Rudolph returned to her hometown of Clarksville, Tennessee after her Olympic success, she found out that a parade and banquet would be held in her honor. She refused to attend when she learned the events would be racially segregated. Because of her protest, the celebrations became the first integrated events in her town.

Rudolph continued to participate in protests to end segregation completely.

Bryan Carter, University of Arizona associate professor of Africana studies and director of the Center for Digital Humanities, shared Rudolph's story during a recent talk on campus titled, "Athletes in Action: A Discussion About the History of Black Athletes as Agents of Social Change." The discussion was hosted by Arizona Athletics as part of a series of UA events celebrating Black History Month in February.

Rudolph is one of several black athletes whose work for social change may not be well-known due to what Carter calls a historical "erasure" – or intentional omission – of that part of their story.

"By removing this sort of activism," Carter said, "it makes it appear that African-Americans were doing nothing to raise awareness or fight for civil and criminal justice in America."

But that simply isn't the case, Carter said.

In his talk, he recounted the stories of several athletes, from the early 1900s on, who sometimes took tremendous risk – often during periods of extreme racial tension in the U.S. – to stand up for their beliefs.

Among them was boxer Jack Johnson, the first African-American world heavyweight boxing champion, who faced backlash for his interracial relationships and marriages to white women. Another was sprinter Wyomia Tyus, who wore black running shorts in the 1968 Olympics, instead of team-issued white ones, to support the Olympic Project for Human Rights – an organization formed to protest racial segregation and racism in sports.

These athletes, Carter said, should be remembered for their courage, in addition to their athletic prowess.

Q: How have sports historically served as a platform for underrepresented athletes to have a voice on other issues?

A: Sports have always served as a platform for black and underrepresented athletes because the world, particularly some segments in the U.S., pay attention to what athletes have to say. They already get free press coverage, and when they can talk intelligently about social issues, then their stage is even more compelling. I wish more athletes would not only take part and responsibility for the platform they have, but also remember those educational experiences that helped them form their ideas.

Q: What makes these athletes, whose stories you shared, so inspiring?

A: The stories I shared were so inspiring because they are so little known. The athletic achievements are always that which everyone discusses or learns about in school. It's the disruptive aspect of their legacies that is so much more interesting to me.

Q: Why is it important to remember and recognize athletes for their contributions not just on the court or field, but also in social and political discourse?

A: It's important to remember and recognize these athletes in that way because it may inspire a young woman or man to emulate that aspect of their legacy. Perhaps they came from a similar background or had similar experiences. Mentoring comes in a variety of forms, as does inspiration.

Q: What do you hope that people took away from your talk?

A: To be conscious of what athletes say and what some have done, and to encourage current athletes in school to pursue cultural studies to educate themselves on contemporary issues. What should be learned from the public stand of athletes is that one must be willing to risk and, in some cases, lose it all. Otherwise, don't do it.