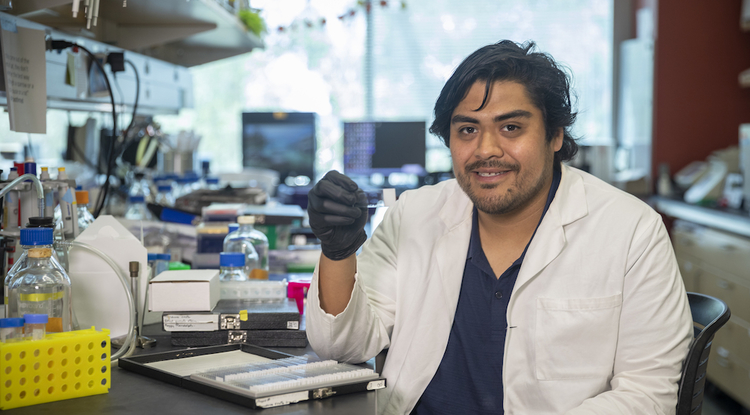 Four Questions: The Parasite in Your Cat Box

A University of Arizona neuroscientist focuses on individual neurons as a key to understanding the parasite Toxoplasma gondii and its effects on the brain.
Emily LItvack
,
Research, Innovation & Impact
Feb. 20, 2020
Resources for the Media 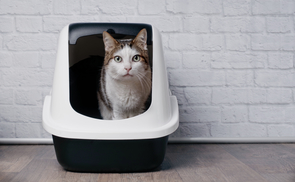 Toxoplasma gondii is often referred to as the "cat litter parasite," because it can be found in cat feces.

Among the many health tips for expectant moms: Pregnant women shouldn't clean up the litter box. But why not? A common parasite called Toxoplasma gondii is to blame. Although the parasite, which can be found in cat feces, is relatively harmless to people with healthy immune systems, those who are immunocompromised — including developing fetuses — can suffer serious consequences from an infection by Toxoplasma gondii.

On National Love Your Pet Day, Oscar Mendez, a doctoral candidate in neuroscience at the University of Arizona and self-proclaimed cat lover, discusses the "cat litter parasite" and what his research might help us better understand about it. Mendez studies how the parasite affects neurons in the mammalian brain in the Koshy Lab, a laboratory in the university's BIO5 Institute led by neurologist and immunobiologist Anita Koshy.

Q: What is Toxoplasma gondii?

A: Toxoplasma gondii is a common parasite that lives in a host cell to survive. Toxoplasma naturally infects a wide range of warm-blooded animals including birds, rodents and even humans. Infection usually arises from consuming contaminated food or water. The previously listed hosts are known as intermediate hosts, hosts in which Toxoplasma can only reproduce asexually. Felines, including domestic cats, are the definitive hosts of Toxoplasma. In the gut of cats, Toxoplasma can undergo sexual reproduction. The first time a cat is infected, it can poop out millions of infectious forms of Toxoplasma. One unique characteristic of Toxoplasma is that in some hosts, including humans and rodents, the parasite establishes a chronic infection of neurons in the central nervous system, or CNS. Unlike other CNS pathogens, this lifelong CNS infection does not seem to be detrimental to the life of the host as long as they have a normal immune system.

Q: What is already known about how it affects humans, and what are you trying to add to that knowledge?

A: Toxoplasma is estimated to chronically infect the CNS of up to one third of humans across the globe. For the most part, if someone has a working immune system, this persistent brain infection does not cause problems. Problems can arise in those with limited immune responses, such as AIDS patients or developing fetuses. We know a lot about the parts of the immune system that are needed to keep Toxoplasma in check, and we even know a little bit about how different cells in the CNS help keep Toxoplasma controlled. But even though we think neurons are the major CNS cell that get infected with Toxoplasma, we still know very little about the Toxoplasma-neuron interaction. My work is focused on understanding how Toxoplasma alters neurons themselves.

Q: Why is it important to understand how Toxoplasma gondii affects neurons specifically?

A: Neurons are the signaling cells of the brain, and if something goes wrong with the neurons, it can affect the brain's ability to function properly. For example, some patients with symptomatic CNS toxoplasmosis have seizures. These seizures have to be coming from abnormal neuron signaling and, from what we know, most would think this abnormal firing is caused by the massive CNS immune response to uncontrolled Toxoplasma. Yet my work suggests that part of the abnormal signaling could come directly from Toxoplasma's effect on single neurons, which no one has studied until now. In other words, the effect of the immune response may be much more localized than we know.

Q: Do cat owners generally have anything to worry about?

A: I always joke that if you are eating the cat litter, you might have to worry. In reality, for the most part, if you are washing your hands after cleaning the litter, you should be fine. Pregnant women and those who have compromised immune systems should be extra careful and consider not being the one to change the litter. I have a cat at home and do not worry about becoming infected with Toxoplasma. Even in a laboratory setting, the chances of infection are quite low.