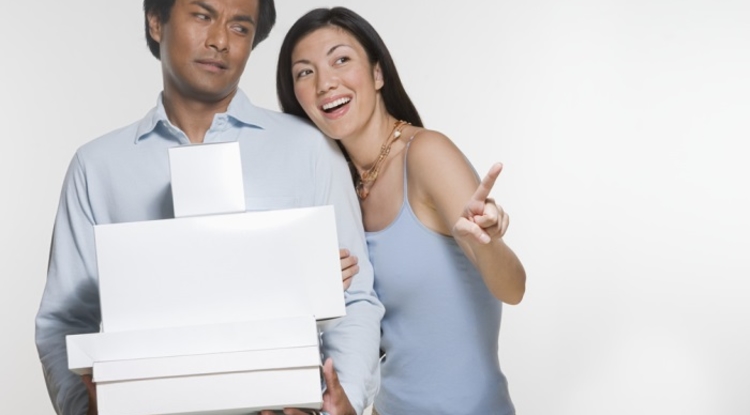 Good Days, Bad Days: When Should You Make Sacrifices in a Relationship?

Making sacrifices for your partner after a stressful day may not be beneficial, new UA research in the Journal of Social and Personal Relationships suggests.
Alexis Blue
,
University Communications
April 30, 2013
Resources for the Media
Extra Info:

Full text of the article is available here.

The podcast is available here.

A pile of dirty dishes looms in the kitchen. It's your spouse's night to wash, but you know he or she has had a long day so you grab a sponge and step up to the plate. It's just one of the minor daily sacrifices you make in the name of love. But what if you had a long, stressful day, too?

A new study from the University of Arizona, forthcoming in the Journal of Social and Personal Relationships, published by SAGE, suggests that while making sacrifices in a romantic relationship is generally a positive thing, doing so on days when you are feeling especially stressed may not be beneficial.

The study, led by Casey Totenhagen, a research scientist in the UA John & Doris Norton School of Family and Consumer Sciences, is featured in the journal's podcast series, Relationship Matters.

Participants in the study included 164 couples, married and unmarried, whose relationships ranged in length from six months to 44 years.

Each of the 328 individuals was asked to fill out daily online surveys, over the course of seven days, indicating the daily sacrifices they made for their partner in 12 categories, such as child care, household tasks and amount of time spent with friends, among others. They also were asked to report on the number of hassles they experienced that day and how much those hassles affected them. The participants then ranked, on a scale of one to seven, how committed they felt to their partners, how close they felt to their partners and how satisfied they felt with their relationship that day.

For purposes of the study, sacrifice was defined not as a large, life-altering decision but rather as a small change in daily routine in order to do something nice for a partner and maintain the quality of the relationship.

It's worth noting, Totenhagen said, that individuals on the receiving end of a partner's sacrifice did not report feeling more committed to their partner, perhaps because they were unaware that their partner had done anything special for them; that lack of awareness is a phenomenon explored in other research and is something Totenhagen hopes to study more in depth in the future.

When it came to feelings of relationship satisfaction and closeness, making sacrifices for one's partner seemed to have little bearing one way or another.

However, the daily hassles reported by an individual did affect closeness and satisfaction for both partners, regardless of which one experienced those hassles.

"We found that sacrifices did not significantly predict satisfaction and closeness, but we found that hassles played a pretty big role for those two outcomes," Totenhagen said. "And it didn't matter which partner was having the hassling day; it likely affected both individuals."

Those findings, Totenhagen said, support existing research suggesting people don't typically do very well at compartmentalizing different aspects of their lives – like work and personal lives – which often results in a "spillover" effect.

The implication, said Totenhagen, is that couples would do best to work through those daily hassles together.

"It's really important that couples work on coping with those daily stressors as they occur, before they have a chance to build up," she said. "Even if I had stressful experiences that didn't involve my partner, it can still impact my partner, so it might be beneficial for us to work on those together."

Totenhagen's co-authors on the paper – titled "Good days, bad days: Do sacrifices improve relationship quality?" – include Melissa Curran, Emily Butler and Joyce Serido, all of the UA Norton School of Family and Consumer Sciences in the College of Agriculture and Life Sciences.

The work is part of Totenhagen's ongoing research on romantic relationships.