Over the next three years, the UA Southwest Institute for Research on Women and its partners will involve 60 American Indian and Hispanic students in a program incorporating mentoring and informal scientific exploration.
La Monica Everett-Haynes
,
University Communications
May 4, 2012
Resources for the Media 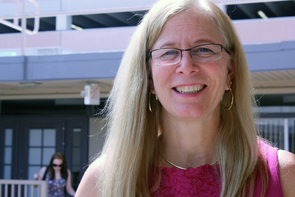 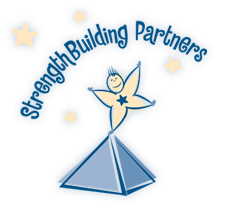 StrengthBuilding Partners is an i-STEM collaborator whose members also are part of the new program's partnership team. The team, which was established in 2002, is comprised of school officials, tribal members and leaders, and also families whose children attend Lawrence Intermediate and Hohokam Middle schools. The team will meet twice monthly during the during of the i-STEM program.

A new collaborative program is being launched to mentor American Indian and Hispanic students, training them toward scientific and math-based careers – namely those in the Southwestern U.S.

With a National Science Foundation grant at nearly $1.2 million, the University of Arizona Southwest Institute for Research on Women and its partners have established i-STEM.

Part-mentoring, part-academic training including informal science activities, the hybrid program will target 60 students in grades third through eighth focusing on the ever-important science, technology, engineering and mathematics, or STEM, fields.

"We're really excited about this grant," said Sally Stevens, executive director of the UA institute, also known as SIROW, and principal investigator on the grant.

"We will be working with and engaging students, making sure they have a lot of exposure to STEM," Stevens said.

SIROW is collaborating with the UA's colleges of engineering and education, the Women in Science and Engineering (WISE) program, StrengthBuilding Partners, the Pascua Yaqui Tribe and also Lawrence Intermediate and Hohokam Middle schools, which both are located near the Pascua Yaqui Reservation.

Together, the collaborators will facilitate activities around four "grand challenges" or themes: Energy and the environment, health, security and also learning and computation.

In doing so, students with be paired with trained mentors, meeting at least twice each month to engage in activities both on and off campus, Stevens said.

Pascua Yaqui community and tribal members, educators, STEM professionals and also UA students and faculty in the colleges of science and engineering will be involved as mentors with StrengthBuilding Partners facilitating their connections with the youth.

In particular, the program's foundation is built on the prior work of StrengthBuilding Partners and the funds of knowledge framework, which was developed at the UA.

"We are looking for ways to spark the interest in kids so that they stay in school and, when they go to college, they might choose these kinds of careers," said Pamela Clark-Raines, founder and president of StrengthBuilding Partners, a subcontractor on the NSF grant.

The nonprofit organization offers training and mentoring to families and youth, has a standing relationship with both Lawrence Intermediate and Hohokam Middle schools. The organization will facilitate connections between the mentors and students.

"They are brilliant and wonderful with so much promise, the promise we lose when we lose these kids," Clark-Raines said.

The National Academies Press's "Expanding Underrepresented Minority Participation: America's Science and Technology Talent at the Crossroad," which was published in 2010, details the national concern.

While nearly 30 percent of the U.S. population is of color, such individuals only comprise about 9.1 percent of the nation's science and engineering professionals.

"Mentoring is an evidenced-based method of impacting kids, especially a program like ours that has been around 10 years and has been successful in tribal areas," Clark-Raines said. "We want to see if we can get the kids interested in STEM, while being supported by mentors and being exposed to activities that are fun and meaningful."

Students also will be engaged in the community and at the UA. For example, the students may go on field trips to learn about solar energy and water harvesting or visit the UA and work with engineering students to build a robot.

"We know we're training kids these days for jobs that don't even exist yet," Clark-Raines said. "So, we need to give them a foundation in technology and the subjects we really need, both in the U.S. and around the world."

The funds of knowledge framework, by researchers in the UA's College of Education and the Bureau of Applied Research in Anthropology, also is an important and strong foundation for the program.

The framework acknowledges that students of diverse backgrounds maintain culturally relevant knowledge while also being attentive to their respective histories, cultures geographies and current social contexts.

"We want to make sure that we are really aware of what they know, what they want to know and how it is relevant to them," Stevens said.

"It is premised on the principal that students' cognitive abilities and psychological tools necessary for learning and problem-solving are framed through cultural and social interactions," said Rosi Andrade, an associate research professor with SIROW and co-principal investigator on the NSF grant.

Andrade also noted that the framework has been successfully employed in studies focusing on the teaching and learning among American Indian populations.

"Developing successful partnerships with minority and marginalized groups that have experienced historical trauma can be difficult – but can be feasibly achieved and sustained as evidenced by both StrengthBuilding Partners and UA-SIROW's past successes," she said.

As such, the project is designed to take on several challenge head-on: The low representation of people of color in the STEM fields; damaging socialization practices that result in students' negative self-image; and the dearth of research on the effects of such a hybrid mentoring program on American Indian and Hispanic students.

Additionally, collaborators will be developing a resource manual for STEM educators and an education and career guide for families, among other resources.

Also, researchers will study the effects that such a hybrid program has on American Indian and Hispanic youth, offering one of the few investigations of its kind.

Researchers will also, among other things, investigate improvements in students' self-efficacy, academic performance and STEM-related knowledge via pre- and post-testing and assessment.

Southwest Institute for Research on Women