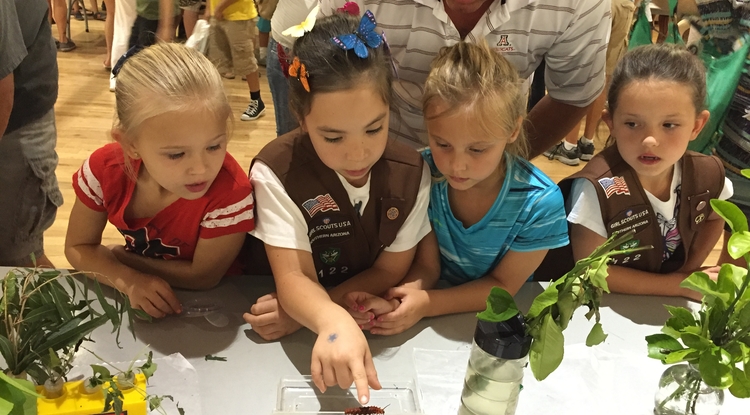 Anissa Aldecoa (second from left) shares her knowledge about insects with a group of children at the 2015 Arizona Insect Festival. (Photo: Vanessa Rivera Aldecoa)

Growing Up With the AZ Insect Festival

Many families bring their children to the Arizona Insect Festival every year to learn more about insects and our world.
Rebecca Peiffer
,
NASA Space Grant Intern, University Relations - Communications
Dec. 17, 2015
Resources for the Media
Extra Info: 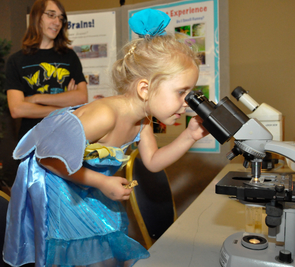 Even fairy princesses enjoy looking at bugs under a microscope. 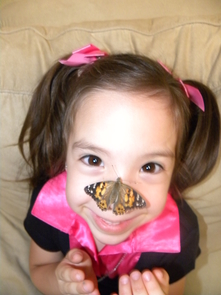 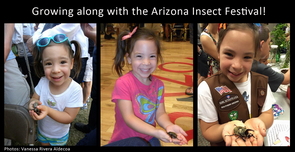 Anissa Aldecoa has attended every year of the Arizona Insect Festival. She is shown holding a Western Hercules Beetle at the 2011, 2013 and 2015 festivals. (Photos: Vanessa Rivera Aldecoa)

Kids love bugs. They're tiny, which makes them easy to interact with, and they behave so differently from bigger creatures in the world around them.

Observing insects is one of the ways many children begin to express their curiosity about the world at large.

The Arizona Insect Festival, put on in September by the University of Arizona, offers children a chance to explore their interest in bugs. From that, they develop a love for science and an understanding of our natural world.

For this reason, many families — out of the thousands that attend — have brought their children to the festival every year since it began in 2011. Children change a great deal over a span of four or five years, and for these the Insect Festival has become an important part of their growth and development.

"Maybe their first year, these kids are just making a bug at Build-a-Bug," says Cara Gibson, one of the festival organizers. "But then a couple years later, they're actually behind a booth, teaching others in the community about insects. It's an amazing way we see kids grow."

Children as young as 6 can volunteer with the festival.

"They do everything from help people overcome their fears about holding hissing cockroaches, to directing coloring projects, to explaining how caterpillar mouth parts work," Gibson says.

Volunteering is an opportunity for children to practice expressing their knowledge to a wide audience of people. Parents are thrilled to have their participating in the festival.

Vanessa Aldecoa has brought her daughter Anissa to the festival every year.

"My daughter is much more interested in learning and sharing with others," Vanessa says.

This year, Anissa brought her entire Girl Scout troop to the festival. She loved sharing the experience with them and getting to teach her friends about insects.

"She showed them around and it was evident she felt confident in her surroundings. Her confidence has definitely grown thanks to the Arizona Insect Festival," Vanessa says.

Along with the confidence comes a better understanding of insects, which is useful information regardless of a child's future path.

"An understanding of the insect world actually helps in a wide variety of fields," says Katy Prudic, an assistant professor in the UA Department of Entomology who developed the program eButterfly.

"For example, if you understand the behavior of termites, you can design a house better suited to keep them out. Or, if you pay attention to insects with unique traits, it can lead to innovations in engineering, such as the creation of iridescent paints."

Says Gibson: "We all interact with insects at some point in our lives. You can't really ignore them."

With the knowledge that the festival provides, all can learn how to best live alongside them.