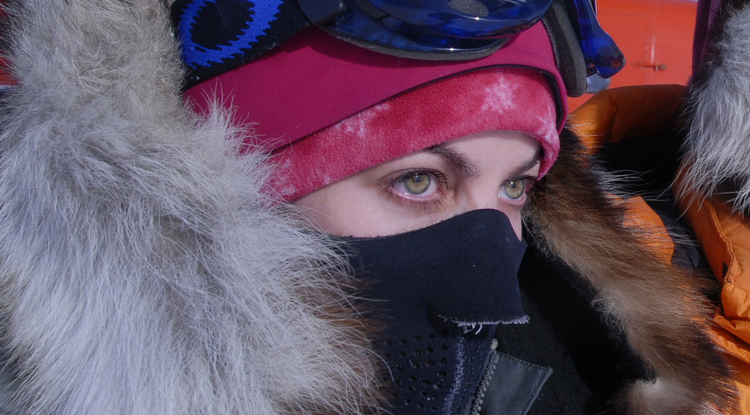 Alison Levine has climbed the highest peak on every continent and has skied to both the North and South poles.

Alison Levine has summited some of the world's tallest mountains while also climbing the corporate ladder.
University Communications
April 24, 2020
Resources for the Media 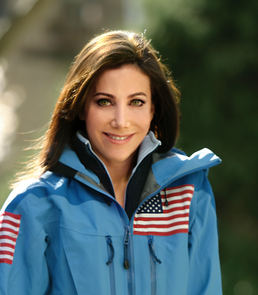 Alison Levine, a history-making polar explorer and mountaineer, will serve as the University of Arizona's 2020 Commencement speaker during a virtual ceremony that will take place on May 15 at 6 p.m. Arizona time.

Levine served as team captain for the first American Women's Everest Expedition, has climbed the highest peak on every continent and has skied to both the North and South poles – a feat known as the Adventure Grand Slam, which only 20 people in the world have achieved.

Levine is also a UArizona alumna. She earned her bachelor's degree in communication from the university in 1987, before going on to earn an MBA from Duke University.

"I am truly humbled to be chosen as the speaker this year," Levine said. "No doubt this class has dealt with extreme circumstances, so I can definitely relate."

In January 2008, Levine made history when she became the first American to travel 600 miles on skis across west Antarctica to the South Pole, following the route of legendary Italian explorer Reinhold Messner. She made the journey while hauling 150 pounds of gear and supplies in a sled harnessed to her waist.

In 2016, she made history again when she completed first ascents – or the first successful documented climbs to the top – of two mountains: Hall Peak in Antarctica and Khang Karpo in Nepal.

Levine's success in extreme environments is especially noteworthy given that she has had three heart surgeries and suffers from Raynaud's disease, which causes the arteries that feed her fingers and toes to collapse in cold weather – leaving her at extreme risk for frostbite.

In addition to climbing mountains, Levine has climbed the corporate ladder. She has worked for several Fortune 500 companies, in both sales and marketing roles, and spent three years at Goldman Sachs. She left Wall Street in 2003 to serve as deputy finance director for Arnold Schwarzenegger in his successful bid to become California governor.

"Alison Levine truly embodies the Wildcat spirit in the way that she has pushed boundaries in so many areas of her life," said University of Arizona President Robert C. Robbins. "While COVID-19 has changed the way we will celebrate Commencement this year, we are extremely fortunate Alison will be joining us virtually as speaker. Her leadership skills, ambition and drive to overcome challenging circumstances set a tremendous example for our graduating students and show the world what it means to Bear Down."

When not challenging herself outdoors, Levine focuses on training others to become strong leaders. She spent four years as an adjunct professor at the U.S. Military Academy at West Point in the Department of Behavioral Sciences and Leadership. In 2013, she transitioned from training cadets to working with corporate leaders and currently serves on the board and faculty of the Thayer Leader Development Group at West Point – one of the nation's premier executive leader development programs.

Levine is the author of the New York Times bestseller "On the Edge: Leadership Lessons from Mount Everest and Other Extreme Environments." She also was a contributing author to the book "Leadership in Dangerous Situations: A Handbook for the Armed Forces, Emergency Services and First Responders."

Levine is the founder of the Climb High Foundation, a nonprofit organization dedicated to improving the lives of jobless women in western Uganda by training them to be trekking guides and porters in their local mountains, allowing them to earn a sustainable living wage through climbing-related tourism. Prior to Levine's work, the only avenue for women to earn money in that area of the country was through prostitution. Her efforts allowed the first group of local women to climb Uganda's highest peak – Mount Stanley. Her work to change the lives of women in Africa is the subject of the PBS documentary "Living Courageously."

Levine's newest role is executive producer of the upcoming documentary film "The Glass Ceiling," which chronicles the life of Pasang Lhamu Sherpa, the first female Sherpa to summit Mount Everest.

Levine was inducted into the Arizona Women's Hall of Fame in 2018. She is the recipient of the 2019 Ellis Island Medal of Honor, which recognizes individuals whose accomplishments in their field and inspired service to our nation are cause for celebration. The medal has been officially recognized by both houses of Congress as one of the nation's most prestigious awards and is annually memorialized in the Congressional Record.

A sought-after consultant and keynote speaker on the subject of leadership development, Levine has addressed audiences ranging from Fortune 500 companies to professional sports teams to the prestigious World Economic Forum in Davos, Switzerland.

Having spent prolonged periods of time in some of the world's most dangerous and inhospitable places, she tackles the topics of creating cohesive teams, taking responsible risks and developing no-nonsense leaders that can succeed in times of uncertainty.