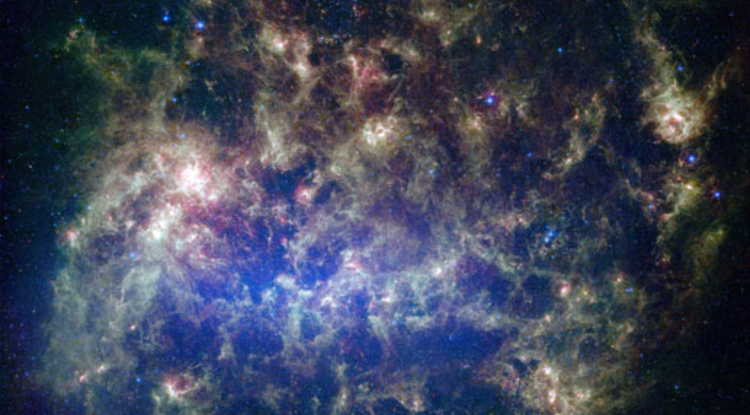 The Large Magellanic Cloud, an irregular galaxy, is visible in the night sky over the Earth's Southern Hemisphere and may contain hidden astronomical wonders yet to be revealed in the images collected by the Large Synoptic Survey Telescope. (Image: NASA)

How to Find the Rarest of the Rare in Southern Skies

An interdisciplinary UA team is developing a computer program that will sort through up to 10 million alerts of astronomical objects each night from the Large Synoptic Survey Telescope, which will begin operations in Chile in 2022.
Shelley Littin
,
University Communications
Dec. 17, 2013
Resources for the Media 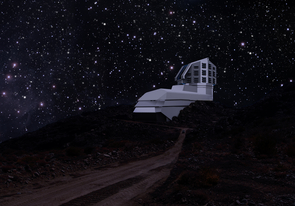 Located in the foothills of the Andes Mountains in Chile, the Large Synoptic Survey Telescope will photograph the entire Southern Hemisphere of the sky every three days for ten years beginning in 2022. (Image courtesy of Suzanne Jacoby/LSST Project Office) 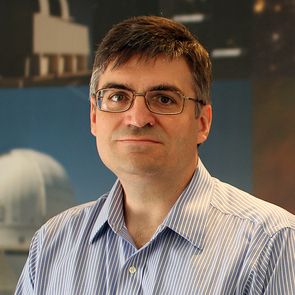 National Optical Astronomy Observatory astronomer Tom Matheson is a member of the UA-NOAO team that will develop the software to process data collected by the Large Synoptic Survey Telescope, which will survey the entire southern sky every three days for ten years. (Photo: Pete Marenfeld NOAO/AURA/NSF) 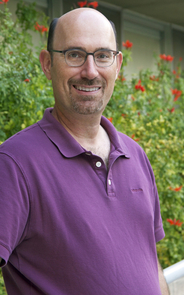 University of Arizona computer scientists are teaming up with astronomers at the National Optical Astronomical Observatory to develop a computer program that will sort through the millions of objects detected by the Large Synoptic Survey Telescope and create a list of priorities for astronomers to investigate. The project has recently received a three-year INSPIRE grant, worth more than $700,000, from the National Science Foundation.

"The University of Arizona and NOAO were among the original founding members of the LSST project, making our collaboration to help ensure its success especially appropriate," said Tom Matheson, an associate astronomer at the Tucson-based NOAO.

High in the Andean peaks of Chile, work is underway to build a telescope that will photograph the entire Southern Hemisphere of the sky every three nights for 10 years. The LSST will create a map of the sky unlike any other, showing changes in astronomical objects almost as they happen over the 10-year period, and opening a floodgate for new astronomical discoveries and research worldwide as new objects are detected each night.

Photographing a portion of the southern sky every 37 seconds each night, the LSST will compile a database of approximately a thousand images per night. "We can take the picture from one night and subtract it from the picture from three nights before. Everything that has changed will show up in the image, so we can study how the sky varies," Matheson said.

"It’s also a huge amount of data," Matheson said. "In any one of those frames there will be about 10,000 things that change, so that’s 10 million objects per night that have changed and we’re going to have to figure out what of those is astronomically interesting."

While other astronomy projects are underway around the world to conduct similar surveys, none has ever attempted to map the sky on a scale such as this.

The problem: How to compare between 1 million and 10 million astronomical objects spotted each night by the LSST to the catalog of known objects, prioritize them based upon different factors, and generate a list of most important objects upon which astronomers around the world may train their telescopes.

"The problem is that the observing resources on the planet are limited compared to the data we will generate, so we can only follow a few of those objects to get more information about them," Matheson said. "The hard part is taking that million or 10 million, eliminating everything that is not necessarily urgent to look at and finding those 10 to 100 objects that we want to study."

How do astronomers decide which objects are most important to observe? "There are many ways of assessing what’s important," Matheson explained. "There are things that we know exist but are really rare and interesting, such as a super-luminous supernova, collapsing to become a black hole. That’s a rare event and things that happen there are great examples of extreme physics that are just impossible to reproduce here on Earth, so that’s something we would want to observe."

"Another criterion for importance is that the object be unlike anything that's been seen before," Kececioglu added. "That's a high priority alert."

"Each alert has many features that are determined by the telescope, such as brightness of the object, different color bands, or the shape and intensity of the light," Kececioglu explained. "We’re going to compare these features to a database of objects and their features, and there are techniques for how to organize the data so that you can do that really fast."

"It’s a huge data reduction from 1 to 10 million down to 10 or 100," Kececioglu said, "and there’s a 37-second time window over which that filtering process has to take place."

"If we don’t keep up with that, we’ll get behind," Matheson said. "It’s a classic big data computer science problem."

The answer: The UA team is developing software that will have the computing power to compare the 1 million to 10 million alerts generated by the LSST images to the criteria astronomers put down for the most astronomically interesting objects in under 37 seconds and generate a list of top-priority observing objects for astronomers around the world.

The project and the software is called ANTARES, which stands for the Arizona NOAO Temporal Analysis and Response to Events System.

The system will have a brokering capability in addition, Kececioglu said, so that astronomers can subscribe to a type of object alert from the LSST that flags objects they are interested in studying.

"The eventual goal is to have something where anybody can put in their own filter," Matheson said. "Our goal at NOAO is to help all astronomers in the United States, as well as those on international teams. This is a tool for the astronomy community."

"The program has broader applications than just astronomy," Matheson added.

The researchers envision the software developed for the ANTARES project being used for non-astronomical data sorting problems in the future, such as credit card alerts, national security alerts, or illness anomalies that could alert the world to signs of the next major disease outbreak.

"It’s very exciting to work on such an impactful problem," Kececioglu said.

The LSST itself will be built atop Chile’s Cerro Pachón, a site known for dark skies and clear atmosphere. The mirror for the telescope is currently being polished in the UA’s Steward Observatory Mirror Lab, located beneath the Lowell-Stevens Football Facility.

The collaboration between the UA computer scientists and NOAO will enable astronomers around the world to get the most out of the data generated when the LSST becomes operational upon the distant mountaintop in Chile.

"The Chilean site is a fantastic observing location," Matheson said. "The southern sky contains the Large Magellanic Cloud, which provides kind of an interesting sample of astronomical objects, the foothills of the Andes have excellent astronomical observing conditions, and it never – well, it hardly ever – rains," he added. "It only rains when I’m there."