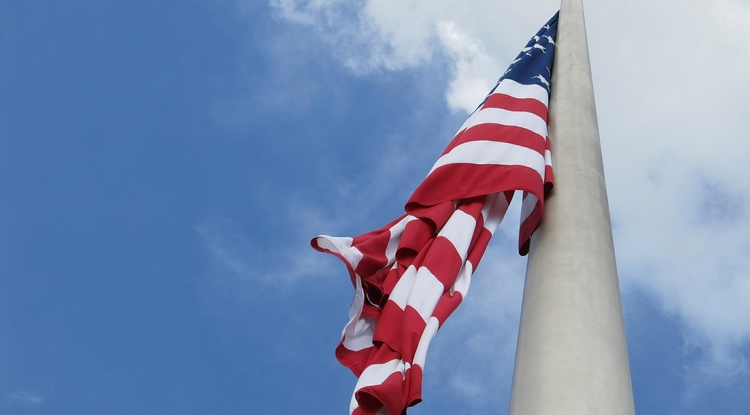 Those with a higher tolerance for incivility are more likely to comment on political news stories, engage in online political discussions, support candidates on social media and donate to campaigns.
Alexis Blue
,
University Communications
Aug. 14, 2017
Resources for the Media

The internet can be a Wild West where anything goes, especially when it comes to what people say to one another. Indeed, scrolling through an online comments section can provide a glimpse into how ruthless — sometimes downright mean — people can be.

With incivility in American public and political discourse increasingly in the spotlight, Justin Knoll, a sociology doctoral student at the University of Arizona, wondered if people's tolerance to incivility impacts the degree to which they participate in politics, especially online.

He found that it does, at least in college students, with those who are highly tolerant to incivility much more likely to engage in behaviors such as commenting on political news stories online, engaging in online political discussions, expressing support on social media for political candidates or issues, and even donating money to a candidate's campaign.

"We know, anecdotally, that communication on the internet can be nasty. It's anonymous, people say whatever they want to say, they do whatever they want to do and don't necessarily think about the consequences," said Knoll, who will present his findings at the American Sociological Association's annual meeting in Montreal this week.

A number of factors can impact who chooses to participate in politics, including age, race, education and religious participation, just to name a few. While these and other influences have been widely studied, tolerance for incivility is a new area of consideration for researchers.

"At the end of the day, sociologists are very concerned with what we call 'participatory inequalities,'" Knoll said. "There's absolutely an element of wanting a democracy in which all voices are heard on an equal plane — that is a very American ideal. Now, we know there's always a difference between ideals and reality, and gaps do exist."

Knoll's research is based on data collected by his adviser, Robin Stryker, a sociology and law professor who works closely with the UA's National Institute for Civil Discourse, and her colleagues. Their online survey of more than 1,000 college students asked respondents to rate a list of 23 activities — such as shouting at a political opponent or attacking a political opponent's stand on the issues — on a five-point scale, ranging from "not at all uncivil" to "very uncivil."

Respondents also were asked to indicate whether they had participated in the past 12 months in 13 distinct forms of online and offline political activity — ranging from posting comments on a political news story to attending an in-person political meeting or speech.

Knoll's study did not examine the effects of tolerance for incivility on voting. Although survey respondents did report whether they voted, past research shows that people are hesitant to admit to not voting, which, without verification, makes responses to the question unreliable, Knoll said.

For his analysis, Knoll relied on a standardized measure of tolerance developed by Stryker and her colleagues. When he controlled for other factors, such as age and race, he found that tolerance for incivility significantly impacted five of the seven online forms of political participation included in the survey. Those with higher tolerance for incivility were more likely to engage in all of the following behaviors: posting online comments on political news stories; participating in online political discussions; expressing support for a political candidate or issue on social media; donating to, or soliciting donations for, a political party or candidate online; and donating to, or soliciting donations for, a charitable cause online.

The two types of online participation that did not seem to be affected were signing an online petition and circulating or forwarding funny videos, cartoons or artistic content related to a political campaign, candidate or issue.

The idea, Knoll said, is that people with a low tolerance for incivility might choose to avoid online activities in which they are likely to encounter incivility.

The findings on donations, both online and offline, may warrant further analysis that considers "donating" and "soliciting" separately, Knoll said, since soliciting donations might carry greater risk of exposure to incivility than making a private donation.

"I can't imagine you're going to encounter a whole lot of incivility when you're giving money to a campaign," Knoll said. "But I can imagine a scenario where you're soliciting money from folks and perhaps you're not getting the nicest things said to you."

Tolerance for incivility did not affect the other offline forms of political participation in the survey: attending a political meeting, rally, speech or dinner; attending a town, city council, school board or neighborhood association meeting; going to hear a speaker on a particular civic, social or political issue; or signing a petition offline.

Do Only the Strong Survive Online?

Knoll's findings on online political participation beg the question: Is the political branch of the internet becoming a place for only the thick-skinned? It's worth exploring, Knoll said.

"It's something we need to keep our eye on," he said. "We need to consider it being a possibility, and if it does turn into that scenario, what are the implications for online participation?"

This is especially important, Knoll said, since online activity often translates into "real world" participation, with some research suggesting that young people who are politically engaged online are as much as five times more likely to turn out on Election Day.

"Those of us who are optimists about the internet see it as this leveling force that perhaps allows those without the same amount of access to resources or education to get involved in conversations that they might not have been having before," Knoll said. "Figuring out what affects people's decisions to go online and participate is extremely important."

Although Knoll's research is based on a sample of college students, he plans to do future work that involves a larger, more representative national sample of the population.