How Volvox Got Its Groove

Single-celled algae took the leap to multicellularity 200 million years ago.
Mari N. Jensen
,
College of Science
Feb. 20, 2009
Resources for the Media
Extra Info:
The colonial alga Volvox tertius has about 2,000 cells and a complete division of labor: cells either swim or reproduce, but not both. The few large cells within these colonies are the reproductive cells, while the many tiny cells do the swimming. (Copyright 2009 Matthew Herron)
Pleodorina starrii has an incomplete division of labor. Although the 12 small cells near the top of this colony only swim, the 20 larger cells both swim and reproduce. (Copyright 2008 Matthew Herron) 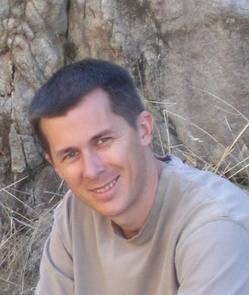 Some algae have been hanging together rather than going it alone much longer than previously thought, according to new research from The University of Arizona's department of ecology and evolutionary biology.

Ancestors of Volvox algae made the transition from being a single-celled organism to becoming a multicellular colony at least 200 million years ago, during the Triassic Period.

The algae switched to a communal lifestyle in only 35 million years – "a geological eyeblink," said lead researcher Matthew D. Herron.

Figuring out how algae made the leap can provide clues to how multicellular organisms such as plants and animals evolved from single cells.

"All the macroscopic organisms we see around us trace back to unicellular ancestors," said Herron, a doctoral candidate in ecology and evolutionary biology. "Each of those groups had to go through a transition like this one.

"We think the early changes in this process were related to cooperation among cells and conflicts among cells – and finally to the resolution of those conflicts," he said.

The researchers used DNA sequences from about 45 different species of Volvox and related species to reconstruct the group's family tree and determine how long ago the first colonial ancestor arose.

The team's article, "Triassic origin and early radiation of multicellular volvocine algae," is in this week's online Early Edition of the Proceedings of the National Academy of Sciences.

Herron's co-authors, Jeremiah D. Hackett and Richard E. Michod, are members of the UA's department of ecology and evolutionary biology. Co-author Frank O. Aylward was at the UA when the research was conducted and is now at the University of Wisconsin in Madison. The Society of Systematic Biologists and Sigma Xi helped fund the research.

Volvox and its relatives live in freshwater ponds all over the world. Some of the species are unicellular, while others live in colonies of up to 50,000 cells.

Many of the colonial algae species are visible to the eye and appear to be little green spheres rolling through the water. The most complex species have a division of labor – some cells do the swimming, others do the reproducing.

Although an earlier estimate suggested the algae's ancestors banded together 50 million years ago, Herron wanted to check the estimate using 21st-century genetic and molecular techniques.

In addition to constructing the Volvox family tree, the team determined how long ago the group's oldest common ancestor lived by comparing the amount of genetic differences between species.

One of the earliest traits to evolve was the clear jelly-like substance visible between the cells of the spherical Volvox colonies, Herron said. "We think that stuff is what held the earliest multicellular colonies together."

Banding together in a larger mass can provide protection from predators, he said. "Some things can't eat you if you're bigger."

But producing the goo, called extracellular matrix, takes resources and is one of the costs of cooperation.

"So now there's a temptation to cheat," Herron said. "Let's say I'm in a four-cell colony. I'm going to let the other three guys make the extracellular matrix, and I'm going to focus on growing and reproducing. That's the conflict."

Overcoming that conflict is essential to becoming a multicellular organism, he said. The benefits of cheating have to be reduced for the cells to cooperate successfully.

Some traits the team studied are genetic traits that mediate conflict.

Genetic control of cell number is one of those, he said. "If my number of offspring is fixed at four, now there's no reason for me to cheat. I can't have eight offspring when everyone else is having only four."

Herron is now studying whether the size of the colony affects the degree to which there are different types of cells within the colony.