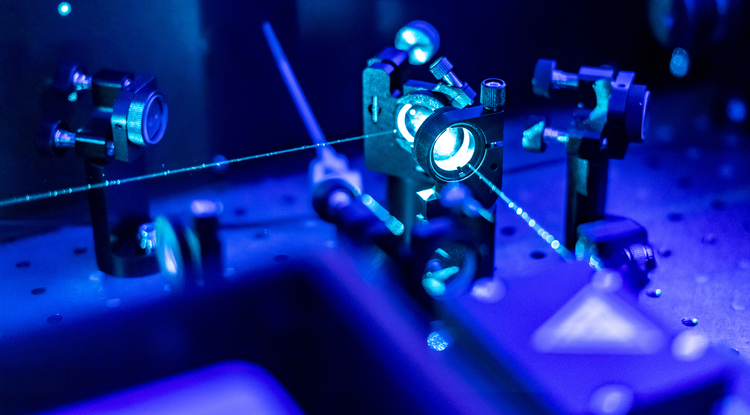 Startup CMLaser Technologies Inc. has licensed the technology, which was developed in the James C. Wyant College of Optical Sciences.
Tech Launch Arizona
April 24, 2020
Resources for the Media 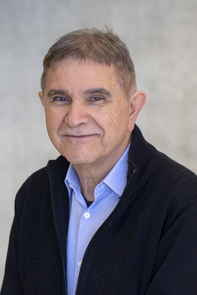 Researchers at the University of Arizona have developed a method for enhancing the performance of optical fiber lasers.

Optical fiber – which is made of silica glass or other multi-component glass – provides a conduit for transmitting light, including lasers. By adding different elements to that fiber, a process called "doping," inventors can change the properties of how such fiber transmits light.

A team of five inventors led by Nasser Peyghambarian, a professor in the James C. Wyant College of Optical Sciences, created a formulation for phosphate-doped fiber and tellurite-doped fiber, enhancing their performance and allowing for the building of more powerful fiber lasers and optical amplifiers.

With the help of Tech Launch Arizona, the commercialization arm of UArizona, the university has patented the technology and licensed it to startup CMLaser Technologies Inc.

Such lasers, which have direct applications in laser-based countermeasures for military and non-military aircraft, are enabling the development of aircraft-based technologies for detecting and defeating missile attacks. Heat-seeking missiles, invented in the 1970s, work by targeting the heat of jet engines. To foil these missiles, aircraft would deploy bright thermal flares to fool the missles and draw them away. As technologies have advanced, engineers have turned to laser-based innovations for such countermeasures.

"We have been doing this research for more than 10 years, working with students and research faculty to create a technology that is defensive in nature and will save lives," said Peyghambarian, also a professor of materials science and engineering.

UArizona President Robert C. Robbins praised Peygambarian's dedication to his students, his field and the idea of creating impact through research.

"Dr. Peyghambarian is a true superstar, and the Wyant College of Optical Sciences has an incredibly strong tradition of innovation in technologies that contribute to our national security and public safety," he said.

Peyghambarian has a long history of educating students and developing and commercializing cutting-edge technologies. He is an inventor on more than 40 patents, and this is the fifth startup in which he has been involved to bring inventions he has developed to the marketplace.

In 2016, the National Academy of Inventors named Peyghambarian a fellow, the organization's highest honor.

CMLaser Technologies has already secured investment from UAVenture Capital, led by UArizona alumnus and CEO Fletcher McCusker. McCusker said the funds will be used to advance the technology and better prepare it for application in practical settings.