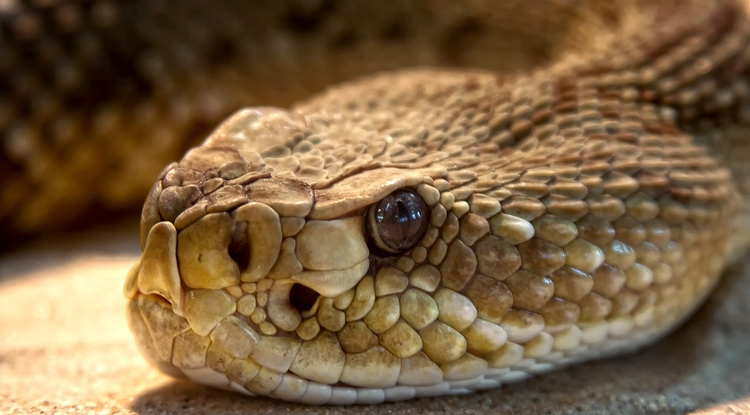 The founding director of the VIPER Institute is a pioneer in treating patients who have been bitten and stung by venomous creatures — and an expert on why antivenom costs so much.
Robin Tricoles
,
University Relations – Communications
Oct. 7, 2015
Resources for the Media
Arizona has the highest per-capita rate of snakebites in the U.S., and the map behind Dr. Leslie Boyer tells the story. (Photo: Bob Demers/UANews)

Take the elevator to the sixth floor at the University of Arizona Health Sciences. Turn right, go to the end of the hall, turn right again, and look for the picture of the snake.

When you reach the refrigerator-door-size photo of the rattler, you’ll know that you have arrived at the humble headquarters of the UA College of Medicine’s VIPER Institute. VIPER stands for Venom Immunochemistry, Pharmacology and Emergency Response.

Right around the corner from the institute, you’ll find Dr. Leslie Boyer in her office doing what she has been doing for years: working with colleagues from throughout the world to find new and better ways to diagnose and treat people who have been bitten or stung by snakes, spiders and scorpions.

"Arizona is absolutely special in terms of our experience with venomous creatures," Boyer says. "We have the highest per-capita rate of snakebites in the entire U.S. — and, in particular, rattlesnake bites, which are the worst kind."

Boyer, a UA physician and founding director of VIPER, recently has been fielding questions from the media, including The Washington Post, regarding the high cost of treating patients in the United States who have been bitten or stung by venomous creatures.

Initially, she wasn’t sure why the treatment of snakebite victims was so expensive — as high as $14,000 for a single vial of antivenom — and she decided to look into the matter.

Boyer and her VIPER colleagues collected data covering all aspects of treatment, beginning with research and development of antivenom through its manufacturing and finally to the hospital costs associated with its use. Then they analyzed the data.

As Boyer wrote in The American Journal of Medicine, the research found that most of the cost of treatment for venomous injuries stems from bureaucracy: the analysts, attorneys, consultants and business activities involved in drug development and clinical applications. Enormous hospital markups, especially for the uninsured, also add to patient bills, but that cost varies by hospital and insurer.

The cost of actually making the antivenom: about one-tenth of 1 percent of the total cost.

Boyer has dedicated much of her life to developing antivenom and treating patients who need it. In fact, she and her colleagues were heavily involved in the development of CroFab and Anavip, two snake antivenoms, as well as Anascorp, the first scorpion antivenom to receive marketing approval from the Food and Drug Administration.

"If someone gets bitten by a rattlesnake or (stung) by a scorpion, they go to the hospital," he said. "They don’t know there’s a doctor named Leslie Boyer at the University of Arizona that had something do with that, but they do know that they’re going to live to see tomorrow."

Boyer and her colleagues are studying new antivenom for coral-snake bites. She said she’s also looking beyond that.

"I would like to shift gears as my career winds down," she said, "and to get more involved in public policy and in assisting and facilitating the development of products not just for the U.S. but for Africa and for the whole world, so that the manufacturers can make enough profit to keep going but the patients can have a price that they can afford." 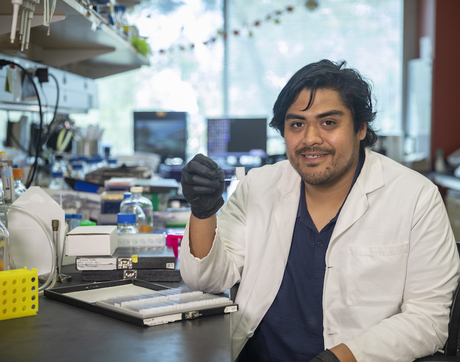 Four Questions: The Parasite in Your Cat Box