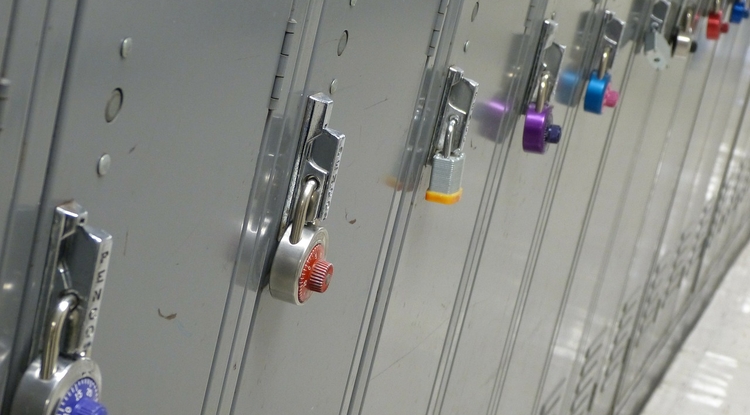 LGBT Teens Who Come Out at School Have Better Self-Esteem, Study Finds

Despite the risk of being bullied, coming out in high school is better for students' well-being in the long run, according to a new study by UA researcher Stephen Russell.
Alexis Blue and Cathy Renna
,
University Relations - Communications and the Family Acceptance Project
Feb. 9, 2015
Resources for the Media
Stephen Russell

Gay, lesbian, bisexual and transgender adolescents who come out at school have higher self-esteem and lower levels of depression as young adults, compared to LGBT youth who don't disclose their sexual orientation or gender identity at school, according to a new study led by University of Arizona researcher Stephen Russell.

Published in the American Journal of Orthopsychiatry, it is the first-known study to document the benefits of being out during adolescence, despite the fact that teens may experience bullying when they openly identify as LGBT.

They found in the project's survey of 245 non-Latino white and Latino LGBT young adults, ages 21 to 25, that respondents experienced victimization and bullying in high school because of their LGBT identity, whether they came out or not.

However, those who were open about their sexual orientation or gender identity in high school reported higher self-esteem and life satisfaction as young adults than those who did not disclose, or who tried to conceal, their sexual orientation or gender identity from others at school. Those who came out at school also reported lower levels of depression as young adults. The results were the same across genders and ethnicities.

The findings are significant as youth are coming out at younger ages, Russell said. LGBT adolescents often are counseled by adults not to disclose their sexual orientation and gender identity in an attempt to protect them from harm, he said. But the new research suggests that may not be the best advice.

"Until now, a key question about balancing the need to protect LGBT youth from harm while promoting their well-being has not been addressed: Do the benefits of coming out at school outweigh the increased risk of victimization? Our study points to the positive role of coming out for youth and young adult well-being," said Russell, director of the Frances McClelland Institute for Children, Youth and Families in the UA's John and Doris Norton School of Family and Consumer Sciences.

Caitlin Ryan, director of the Family Acceptance Project and study co-author, said the finding has important implications for how adults and caregivers support LGBT youth.

"We know from our other studies that requiring LGBT adolescents to keep their LGBT identities secret or not to talk about them is associated with depression, suicidal behavior, illegal drug use and risk for HIV. And helping them learn about and disclose their LGBT identity to others helps protect against risk and helps promote self-esteem and overall health," Ryan said. "This study underscores the critical role of school environment in influencing LGBT students' risk and well-being into young adulthood."

Russell, a UA Distinguished Professor of Family Studies and Human Development, was inspired to conduct the study after being asked to provide an expert opinion for a suit filed by the American Civil Liberties Union.

The ACLU sued Okeechobee High School in Florida after the school denied students the right to start a gay-straight alliance on campus. School officials had argued that allowing the club would be disruptive and potentially harmful to students.

The case was settled before going to trial, with the ACLU prevailing. But when ACLU attorneys asked Russell if he could say with absolute certainty that it is better for gay adolescents to come out at school than not, he realized the problematic lack of research on the subject.

Russell said the new findings, showing that being out at school contributes to well-being later on, will be important for educating parents, school officials and others about how to provide the best support and guidance for LGBT students.

"The thing that's encouraging is that we've found being out is good for you," said Russell, who also is the Fitch Nesbitt Endowed Chair in the Norton School, part of the UA College of Agriculture and Life Sciences.

"This is clearly aligned with everything we know about identity. Being able to be who we are is crucial to mental health."