The exhibit includes a gold specimen the size of a dinner plate from a mine that helped kick off the California Gold Rush.
Johnny Cruz
Jan. 29, 2008
Resources for the Media
Extra Info:

What:
Hubert C. de Monmonier Collection
When:
Feb. 9-May 31
Where:
Flandrau, northeast corner of University Boulevard and Cherry Avenue
One of the specimens that will be on display at the UA Mineral Museum beginning Feb. 9. 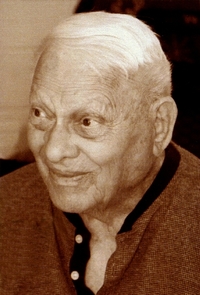 The magnificence of the Hubert C. de Monmonier Collection is the focus of a new UA Mineral Museum special featured opening at Flandrau: The UA Science Center on Feb. 9, coinciding with the 54th annual Tucson Gem & Mineral Show. The exhibit runs through May 31 and is the first time that a portion of the collection has been seen in public.

“This is a unique opportunity for the public to see a collection that is truly global, containing minerals from every continent, excluding Antarctica,” said Alexis R. Faust, executive director for Flandrau: The UA Science Center.

The collection comprises 871 mineral specimens representing 64 species from some of the most famous and classic locations around the world. The collection includes 350 quartz specimens, 146 tourmaline, 44 silver, 38 beryl and more than 70 gold specimens. One of the gold specimens, the size of a dinner plate, was found at the Jamestown mines, near the historic Mother Lode, responsible for starting the California Gold Rush in 1849. It is considered one of the largest known specimens from that location.

Also in the collection are more than 300 rare books on mineral-related topics by many classical mineralogists. The most noteworthy classics were the earliest texts on geology and mineralogy by Georgius Agricola, "De Ortu et Causis Subterraneorum" and "De Natura Fossilium," published in 1558, and the translation of "De Re Metallica" by former President Herbert Hoover, a mining engineer, and his wife Lou Henry Hoover, a geologist, and published in 1912. The collection also includes many books by modern day authorities such as Peter Bancroft, George Kunz, John Sinkankas and John White.

“The collection has some truly beautiful and rare specimens that are highly prized by collectors,” said Spencer R. Titley, curator of the UA Mineral Museum and professor of geosciences. “The gwindel and faden specimens of quartz, along with the platinum, gold, beryl and tourmaline are wonderful examples of the quality of Hubert de Monmonier’s collection.”

The exhibit will begin with a perspective on de Monmonier as a collector; his lifelong fascination with minerals began when he discovered a box of minerals under the porch at his grandparent’s house in Pearce, Ariz. The exhibit will feature more than 300 specimens from around the world.