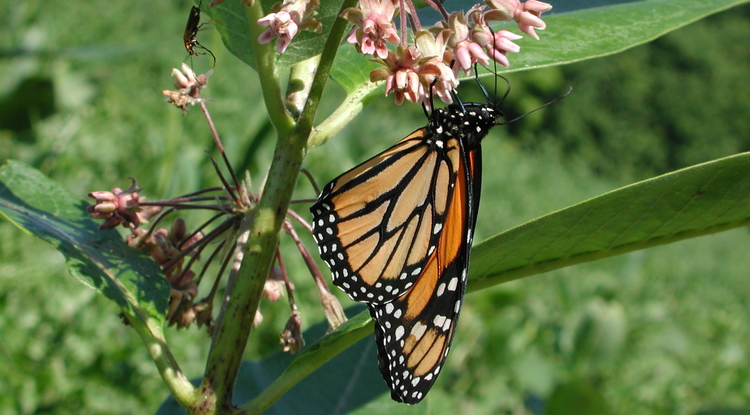 A monarch butterfly resting on a flower petal (Photo: Karen Oberhauser/University of Minnesota)

A new study co-authored by Laura López-Hoffman in the UA's College of Agriculture and Life Sciences highlights options to restore the iconic monarch butterfly, whose numbers have plummeted in part from herbicide use and loss of habitat to intensive agriculture.
USGS/University Communications
July 5, 2017
Resources for the Media
Extra Info: 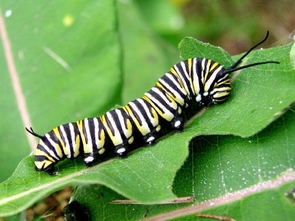 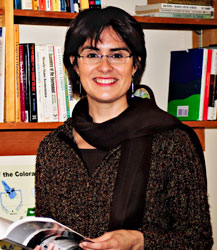 Laura López-Hoffman is an associate professor of environmental policy in the UA's Udall Center for Studies in Public Policy with joint appointments in the College of Agriculture and Life Sciences (School of Natural Resources and the Environment) and the James E. Rogers College of Law.

Adding milkweeds and other native flowering plants into Midwestern agricultural lands is key to restoring monarch butterflies, with milkweed sowers from all sectors of society being critically needed for success.

In a new study by the U.S. Geological Survey, the University of Arizona and partners, scientists developed potential scenarios for incorporating milkweed into the Midwestern landscape. They found converting marginal cropland to monarch-friendly habitat provides the best opportunity for adding milkweed to help restore the Eastern migratory monarch population. However, in addition to agricultural lands, the authors emphasized that planting milkweeds into other kinds of lands, including protected areas and urban and suburban locations, may be necessary.

With quintessential bright orange and black markings punctuated by white dots, monarch butterflies are an iconic species. North American migratory monarch populations east of the Rocky Mountains declined by more than 80 percent over the last two decades due, in part, to the loss of millions of milkweed stems in the Northern U.S.

Milkweed is the only plant that provides breeding habitat and food for monarch young, but because adult monarchs feed on the nectar from a range of flowering plants, the U.S. Fish and Wildlife Service recommends planting both milkweeds and nectar plants that are native to specific areas. In addition to breeding habitat loss, factors contributing to monarch declines include adverse weather conditions in recent years, loss of overwintering habitat, disease and exposure to contaminants.

"The main finding of our study is that an all-hands-on-deck approach could be essential to restoring the massive amounts of milkweeds needed to make the monarch population healthy again," said Wayne Thogmartin, a USGS scientist and the lead author of the report. "These findings offer great hope for citizens from all sectors working together to reverse the substantial decline of these iconic butterflies."

A recent USGS-led report found that more than 1.6 billion additional milkweed stems may be needed in North America to return Eastern migratory monarchs to a sustainable population size. To determine where these additional milkweed plants would be most effective, researchers for the new study evaluated five land-cover sectors for their current and potential future ability to support milkweed: protected lands, Conservation Reserve Program lands, utility and transportation rights-of-way land, agricultural lands and urban/suburban areas.

"Encouraging urban and suburban areas to participate along with the agricultural sector could create a crucial spark of public support and momentum for monarch conservation across the board," said Laura López-Hoffman, a conservation biologist at the UA who co-authored the study.

The Eastern migratory population of monarch butterflies, which spends the winter in Mexico but migrates to the Eastern U.S. and Canada to reproduce during warmer months, is at risk of extinction unless its numbers increase significantly. The U.S. Fish and Wildlife Service is considering a petition to list monarchs under the Endangered Species Act.

Because counting individual monarchs is challenging, scientists measure population size based on the geographic area that their colonies cover while spending the winter in Mexico. The population size of Eastern monarchs was 2.91 hectares, or 7.19 acres, in the winter of 2016-2017, which is a decrease from about four hectares during the 2015-2016 season. The U.S., Mexico and Canada aim to increase the number of Eastern monarchs wintering in Mexico so that they occupy about six hectares, or about 15 acres, by 2020.

The study, "Restoring monarch butterfly habitat in the Midwestern U.S.: all hands on deck,” was published in Environmental Research Letters, and is authored by Thogmartin; López-Hoffman; Jason Rohweder and Jay Diffendorfer, USGS; Ryan Drum, USFWS; and others.

UA School of Natural Resources and the Environment