UA geneticist Michael Hammer and his colleages used a larger number of DNA markers to trace the ancient bloodline to more than one source.
Jeff Harrison
Sept. 16, 2009
Resources for the Media 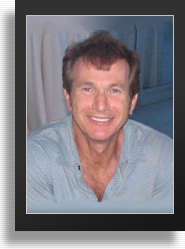 Recent research on the Cohen Y chromosome indicates the Jewish priesthood, the Cohanim, was established by several unrelated male lines rather than a single male lineage dating to ancient Hebrew times.

The new research builds on a decade-old study of the Jewish priesthood that traced its patrilineal dynasty and seemed to substantiate the biblical story that Aaron, the first high priest (and brother of Moses), was one of a number of common male ancestors in the Cohanim lineage who lived some 3,200 years ago in the Near East.

The current study was conducted by Michael F. Hammer, a population geneticist in the Arizona Research Laboratory's Division of Biotechnology at the University of Arizona. Hammer's collaborators in the study include Karl Skorecki of the Technion-Israel Institute of Technology and Rambum Medical Center in Haifa and colleagues and collaborating scientists from Tel Aviv University and the Russian Academy of Sciences.

The July 2009 issue of Human Genetics has published the Hammer team's newest findings in their article entitled "Extended Y chromosome haplotypes resolve multiple and unique lineages of the Jewish priesthood."

Using the new data, Hammer and his team were able to pinpoint the geographic distribution of a genetically more resolved Cohen Modal Haplotype and tease apart a multiplicity of male lines that founded the priesthood in ancient Hebrew times. The more fully resolved Cohen Modal haplotype (called the extended Cohen Modal Haplotype) accounts for almost 30 percent of Cohanim Y chromosomes from both Ashkenazi and non-Ashkenazi Jewish communities, is virtually absent in non-Jews, and likely traces to a common male ancestor that lived some 3,200 years ago in the  Near East.

Additional Y chromosome lineages that are distinct from that defined by the extended Cohen Modal Haplotype, but also shared among Cohanim from different Jewish communities, reveal that the priesthood was established by several unrelated male lines.

The Hammer Lab is in ARL's Division of Biotechnology and is devoted to better understanding the genomic and evolutionary factors shaping patterns of human variation and to testing models of human origins.

The Division of Biotechnology provides investigators and students with state-of-the-art facilities necessary to carry out leading-edge biological, chemical and engineering research. It specializes in providing high-end equipment that is difficult for individual investigators to afford and advanced technical assistance in the application of this equipment and other modern analytical methods.

ARL is a group of researchers at the UA engaged in solving critical scientific problems and generating knowledge for the future. The organization's structure and values promote innovation through dynamic interdisciplinary collaborations. ARL has been a leader in interdisciplinary science and research for almost 30 years.