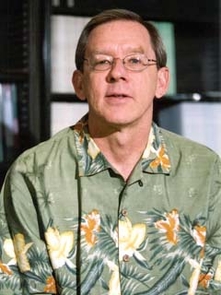 A new study released Monday in Washington, D.C., criticizes the nation's food and beverage industry for failing to shift their marketing efforts aimed at children. The report said television advertising continues to contribute to epidemic levels of obesity, despite industry promises of reform.

Children Now, a California-based public policy group that advocates for children, commissioned the study, conducted by Dale Kunkel, a professor of communication at the University of Arizona, and UA graduate students Christopher McKinley and Paul Wright. The study can be seen on the Children Now Web site.

The study – "The Impact of Industry Self-Regulation on the Nutritional Quality of Foods Advertised on Television to Children" – analyzes the impact of the 2007 Children's Food and Beverage Advertising Initiative. It is the first ever independent, comprehensive evaluation of industry self-regulation on advertising food to children. Kunkel also will present his findings on Tuesday at a Federal Trade Commission hearing in Washington.

The industry initiative was launched three years ago by the U.S. Council of Better Business Bureaus as a voluntary, self-regulatory program designed to shift the mix of advertising messages targeting children. The goal of the initiative is to significantly improve the nutritional quality of food and drink advertised to children.

More than a dozen of the nation's largest food and beverage companies signed on. Together they represent about two-thirds of that industry's advertising budget.

However, Kunkel's study concludes that the industry has failed to meet the principal recommendations from a 2006 Institute of Medicine report to shift marketing away from foods low in nutritional quality and to emphasize advertising strategies promoting healthier food, beverage and meal options.

"My colleague, Dr. Dale Kunkel, and his collaborators at the University of Arizona have demonstrated that advertising of low-nutrient high-density foods continues to be a significant preventable variable in the childhood obesity epidemic," said former U.S. Surgeon General Dr. Richard Carmona, now the distinguished professor of public health at the UA Mel and Enid Zuckerman College of Public Health.

"This new scientific information should be a renewed ‘wake up' call to all elected officials, teachers and parents to take appropriate action to prevent childhood obesity and in doing so improve the quality of life and reduce the cost of care for our children," Carmona said.

Kunkel, who has researched children and media issues for 25 years, served on the Institute of Medicine/National Academy of Sciences committee that issued the report concluding that food marketing is a significant contributor to childhood obesity.

The study's key finding is that, despite industry self-regulation, nearly three out of four, 72.5 percent, of the foods advertised on television to children are for products in the poorest nutritional category. Known as "Whoa" foods, these products should be consumed only on special occasions, such as birthdays, according to the U.S. Department of Health and Human Services.

Advertising for truly healthy foods such as vegetables and fruits, known as "Go" foods, is virtually invisible. Commercials for these foods account for only one percent of all food advertising to children.

Kunkel said that in 2005, before the initiative began, 84 percent of ads were for products with the poorest nutrition, based on criteria from the Department of Health and Human Services Go-Slow-Whoa food rating system.

"Four years later, under self-regulation, they have only moved the bar to 72.5 percent," Kunkel said. "We cannot win the battle against childhood obesity as long as we continue to allow industry to bombard children with ads for foods that they really shouldn't eat very often."

Kunkel said it would require watching 10 hours of children's programs to find one healthy food ad. That same amount of viewing time would contain 55 ads for "Whoa" foods, and 20 for "Slow" foods.

The study also criticizes the use of familiar, "licensed" characters to influence children's decisions. While the food industry claims that licensed characters are only used to promote healthy foods to children, Kunkel's research has found that nearly half, 49 percent, of all food ads with licensed characters, such as Spongebob Squarepants, promote foods in the poorest nutritional category.

Because of the failure of industry self-regulation, the report recommends that Congress should step in to regulate advertising to children, a step also advocated by the Institute of Medicine.