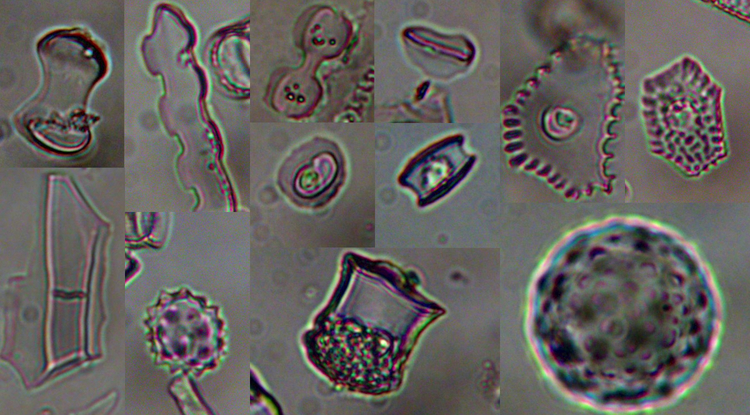 No Volcanic Winter in East Africa From Ancient Toba Eruption 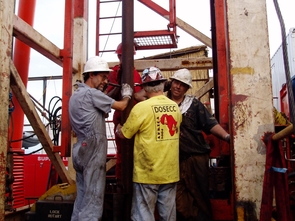 The massive Toba volcanic eruption on the island of Sumatra about 74,000 years ago did not cause a six-year-long "volcanic winter" in East Africa and thereby cause the human population in the region to plummet, according to new research from University of Arizona geoscientists.

The new findings disagree with the Toba catastrophe hypothesis, which says the eruption and its aftermath caused drastic, multiyear cooling and severe ecological disruption in East Africa.

"This is the first research that provides direct evidence for the effects of the Toba eruption on vegetation just before and just after the eruption," said lead author Chad L. Yost, a doctoral candidate in the UA Department of Geosciences. "The Toba eruption had no significant negative impact on vegetation growing in East Africa."

Researchers can use ancient plant parts that wash into and accumulate on the bottoms of lakes to reconstruct a region's past ecosystem. Yost and his colleagues studied microscopic bits of plants preserved in two sediment cores from Lake Malawi, which is approximately 570 kilometers (354 miles) long and is the southernmost of the East African Rift lakes.

Previous investigators found material from the Toba eruption in the Lake Malawi cores. That material pinpoints the time of the eruption and allowed Yost and colleagues to peer back in time 100 years before to 200 years after the Toba eruption. The team analyzed samples that represented, on average, every 8.5 years within that 300-year interval.

"It is surprising," Yost said. "You would have expected severe cooling based on the size of the Toba eruption — yet that's not what we see."

Yost and his colleagues did not find marked changes in lower-elevation vegetation post-eruption. The team did find some die-off of mountain plants just after the eruption. Cooling from the eruption might have injured frost-intolerant plants, he said.

Had the region experienced the drastic, multiyear cooling post-Toba, the cores would have evidence of a massive die-off of the region's vegetation at all elevations, Yost said.

"We know anatomically modern humans were living within 50 kilometers of Lake Malawi," Yost said. "People would have been able to travel to habitats and lower elevations that had little to no cooling effect from the Toba eruption."

Most of the region's known archaeological sites are from low elevations, not the mountains, he said.

Co-author Andrew S. Cohen, UA Distinguished Professor of Geosciences, said, "That a singular event in Earth history 75,000 years ago caused human populations in the cradle of humankind to drop is not a tenable idea."

The team's paper, "Subdecadal phytolith and charcoal records from Lake Malawi, East Africa imply minimal effects on human evolution from the ~74 ka Toba supereruption," is published online this week in the Journal of Human Evolution.

Yost's and Cohen's co-authors are Lily J. Jackson of the University of Texas, Austin, and Jeffery R. Stone of Indiana State University. The National Science Foundation and the International Continental Scientific Drilling Program funded the research.

The Lake Malawi Drilling Project took the cores from the lake bottom in 2005, said Cohen, one of the principal investigators on the collaborative project. The lake is one of the deepest in the world. The material archived in the cores goes back more than 1 million years.

Plant and animal material washes into lakes and is deposited on the bottom in annual layers, so a sediment core contains a record of the past environments of a lake and of the surrounding land.

Yost studied two cores taken from the lake: one from the north end of the lake, which is closer to the mountains, and the other from the central part of the lake. Other researchers had pinpointed what layer in those cores had glass and crystals from the Toba eruption, Cohen said.

Yost took samples from the cores that straddled the eruption and analyzed the samples for charcoal and for silica-containing plant parts called phytoliths.

The work required hundreds of hours of peering through a microscope, said Yost, an expert in identifying the type of plant a particular phytolith came from.

If the Toba catastrophe hypothesis is true, the massive die-off of vegetation would have resulted in more wildfires and therefore more charcoal washing into the lake. However, he did not find an increase in charcoal outside the range of normal variability in the sediments deposited after the eruption.

"We determined that the Toba eruption had no significant negative impact on vegetation growing in East Africa," Yost said. "We hope this will put the final nail in the coffin of the Toba catastrophe hypothesis."