Institute for the Study of Planet Earth 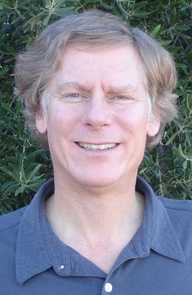 The Intergovernmental Panel on Climate Change was one of the winners of the 2007 Nobel Peace Prize, and a professor at The University of Arizona was one of only 33 lead authors on an IPCC assessment report released earlier this year.

Jonathan Overpeck, director of the UA's Institute for the Study of Planet Earth and professor of geosciences and atmospheric sciences, was a coordinating lead author, Chapter 6 (Paleoclimate), for the IPCC’s fourth assessment report.

"This is pretty awesome,” says Overpeck. "So much work went into this on the part of so many scientists. The recognition is a reflection of the impact that climate science is having. It's also a reflection that society is moving from questioning climate change to realizing that it's happening and discuss what to do about it."

"Jonathan Overpeck is that rare individual that is a superb scientist who is also capable of fully organizing the points of view of many to come up with a cohesive and inclusive document," said Joaquin Ruiz, dean of the UA College of Science.

Overpeck believes that it is appropriate to recognize climate change as a peace issue. "Climate change is the biggest environmental challenge that humankind has had to deal with on an international scale. Climate change will force humans to cope with water shortages, a difficult and changing food supply, rising sea level and the resulting human migrations and environmental refugees. We have a chance here to anticipate these possible impacts and to reduce them, thereby reducing the likelihood of human suffering and conflict."

Overpeck also was pleased that the IPCC will share the award with Al Gore. "It's an honor for the scientific community to share this with him,” says Overpeck. "Vice President Gore, like no other politician, has really taken the time to understand the science and to communicate it. Many in the scientific community feel that the work that Al Gore is doing is very valuable because he's getting the science out to the public in a way most scientists could only dream of."

A faculty member at the UA since 1999, Overpeck received his undergraduate degree in geology from Hamilton College, and his advanced degrees from Brown University. After graduation, he spent five years as a research scientist at Columbia University before moving on to the National Oceanic and Atmospheric Administration to work on its paleoclimatology program.

The IPCC, a group representing over 180 governments, operates under the auspices of the U.N. Environment Programme and the World Meteorological Organization. It commissions assessments of global climate change by hundreds of scientists who are experts in the field.