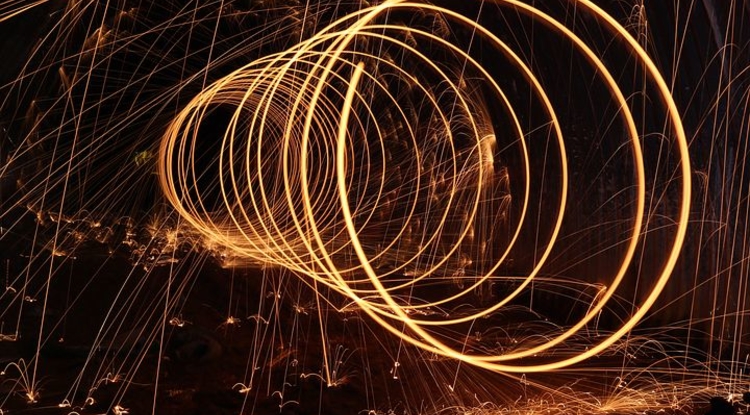 When the particular enzymes that Nancy Horton investigated for this study link up, they spiral around a length of DNA and shred it 200 times faster than when the enzymes are solitary. (Photo: Pixabay)

Once Hidden Cellular Structures Emerge in Fight Against Viruses

A University of Arizona researcher describes how a cellular structure that was once lost to science combats attacks waged in the “world’s oldest war.”
Mikayla Mace
,
University Communications
Nov. 26, 2019
Resources for the Media 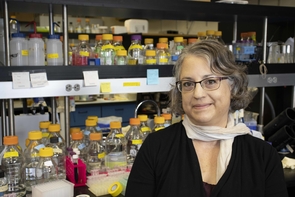 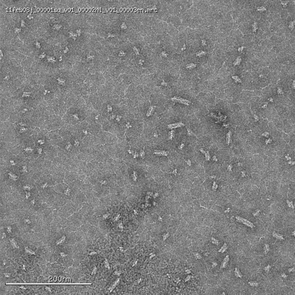 New University of Arizona-led research has revealed the structure and function of one of bacteria’s latest strategies in the fight against viruses: a fleet of highly organized enzymes that provide a rapid immune response capable of quickly shredding the harmful DNA of viral invaders.

“This is part of what’s often referred to as the world’s oldest war,” said Nancy Horton, associate professor of molecular and cellular biology who leads the laboratory that conducted the research published last month in the journal Structure. “This war takes place everywhere – from the oceans to the soil to our own guts.”

Enzymes are proteins within living cells that speed up chemical reactions. Some enzymes can assume multiple shapes, each with a different function, and toggle between them. In this case, a specific enzyme – SgrAI – has a shape that slowly cuts invasive DNA. However, when many such enzymes link up and wrap around a length of DNA, they create a filament that increases DNA-cleaving ability by 200 times.

“SgrAI enzymes contain two metal atoms, and they have to put them right next to the place where the DNA is going to get cleaved,” Horton said. “The structure of the enzyme in the non-filament form holds one of the two metal atoms in the wrong spot. In the filament structure, we see a change in the enzyme shape that pushes that atom into place.”

A rapid immune response is important because bacteria-attacking viruses, called bacteriophage, attach outside the bacterial cell before injecting it with their own genetic material. Once inside, the bacteriophage hijack the bacteria’s replication machinery to make copies of itself. Eventually, the newly synthesized viruses burst from the captured cell to infect other bacteria.

“This is really basic research,” Horton said. “But you have to know how things work before you can fix them. And there are a lot of other medically important enzymes that use this mechanism. When they don’t work, they have been implicated in cancer, autoimmune diseases, diabetes and more – it’s that fundamental to cell biology.”

The findings are part of Horton's larger research interest into the existence of filament-forming enzymes.

Filaments were first discovered about 50 years ago before being lost to science by the very methods meant to reveal a cell’s inner workings.

In the 1960s, researchers used microscopes that bounced electrons off their subjects to render detail smaller than visible wavelengths of light. But then x-ray crystallography – the technique that led to the discovery of the structure of DNA – came along and gave researchers the ability to achieve even higher resolution images. X-ray crystallography overtook labs in the ensuing decades, and filaments went undetected because they don’t form detectable crystalline structures.

Filaments were forgotten to science until around 2010, when a handful of labs around the world, including Horton’s, began investigating cellular structures again using newer, higher resolution electron microscopes.

“When my lab first published a paper on the existence of filaments (in 2010), I was met with a lot of resistance,” Horton said. “Around the time I was discovering this, I noticed some other labs had also discovered it. After going back through the scientific literature, I realized we knew about this decades ago, but we forgot about it. That’s why I call it a renaissance – it’s a rediscovery. But then we didn’t know why and how filaments formed. So the recent work we’ve done is to look at why filaments form, what advantages they provide and what their purpose is.”

This month, Horton published a compendium in Nature Reviews Molecular and Cellular Biology of the independent filament discoveries where she identifies them as the same phenomenon.

She is now a leader in the burgeoning field of enzyme filamentation. She is using National Science Foundation grants totaling more than $2.3 million to study the structure and mechanism of filament formation by SgrAI and phosphofructokinase, a human metabolic enzyme known as PFK, to learn about the benefots of filament formation to the regulation of enzyme activity.