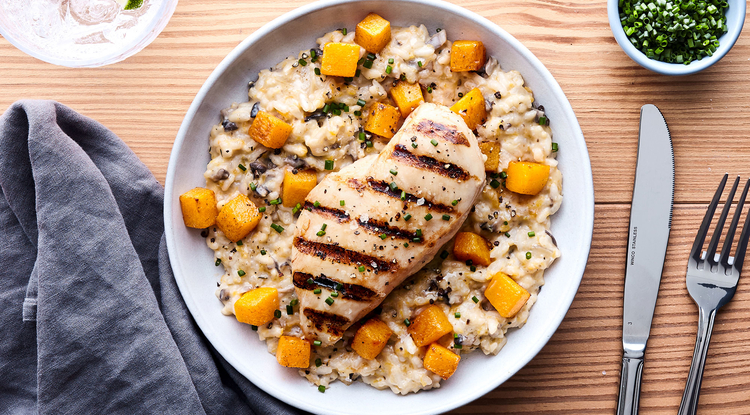 One UA Graduate's Journey From 4-H to Freshly CEO

"My parents really valued putting us in situations where we were surrounded by great people who were motivated by doing things better," said Michael Wystrach, who was an Arizona 4-H kid long before he was a Wildcat.
Faith Schwartz
,
UA Cooperative Extension
Oct. 9, 2018
Resources for the Media 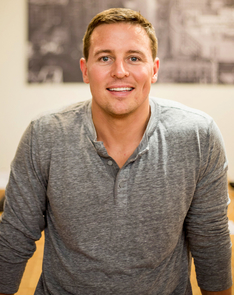 Michael Wystrach did everything right en route to founding Freshly, one of the fastest-growing startups in the country.

He got good grades in high school, worked in the family restaurant, obtained a degree in finance from one of the top business programs in the country – the University of Arizona Eller College of Management – and worked hard to succeed in the corporate world. But he attributes much of his success to something more: the core values he learned as a child in the Arizona 4-H program.

In just a few years, Freshly has become a major player in the food industry from its headquarters in New York City. The company, which employs approximately 400 people, delivers healthy meals to 28 states and expected to be national by early next year. Freshly closed their most recent Series C round of funding for $77 million in June 2017, with Nestle as the lead investor.

“Food is natural medicine for humans," said Wystrach, who graduated from the UA in 2002. "We’re delivering great, healthy convenient food for all of our customers."

It was an innate transition for Wystrach, who grew up on a beef cattle ranch and worked in his family’s restaurant, The Steak Out, in Sonoita. Taking care of livestock and being in Arizona 4-H was just part of life.

“With kids, if you fall in with a good crowd, you have motivation, you strive to move forward. That’s the big thing about 4-H – the people you hang around, objectives, work ethics, all those things matter. It corresponds to every aspect of life. If you hang around people with a good work ethic, that’s going to rub off on you.”

The 4-H program is implemented by the nation’s land-grant colleges and universities through the  Cooperative Extension system. In Arizona, 4- H has more than 100,000 young people involved in county-based programs, events and activities, with agents and clubs in counties and reservations across the state.

Wystrach, who participated in the Arizona youth program for about five years, is one of six children in his family, where everyone was encouraged to participate in 4-H and assimilate the values into their lives.

“4-H was part of all of our lives. My parents really valued putting us in situations where we were surrounded by great people who were motivated by doing things better," Wystrach said. "All of us have benefited from that, and we’ve gone into different things.”

Wystrach's sister, Alex Flanagan, also graduated from the UA and is a veteran sportscaster and sideline reporter for NFL Network and NBC Sports. Brother Mark is a member of Grammy-nominated band Midland. Sister Audrey is a veterinarian with four clinics in Texas. Sister Andrea is a photographer and works in public relations for the family’s business, and sister Amy is an active volunteer 4-H leader who lives in Sonoita.

“They’ve all succeeded in their own realms, and I do think 4-H played a part,” said Wystrach's mother, Grace Wystrach. “I’m a great fan of 4-H. I was a 4-H kid myself; all my kids did 4-H. We own the restaurant in Sonoita and employ local kids, and I always say the 4-H kids are my best kids because they have the best sense of responsibility."

Wystrach extends that sense of responsibility to his business, as well. He says Freshly is actively working to combat the food waste problem in the U.S. As a company, they pledge to make Freshly part of the solution.

Freshly has a near-zero waste standing and sustainability is ingrained in everything they do, Wystrach says. They donate excess ingredients and meals to local food banks as part of their broader partnership with Feeding America.

“Success is not just monetary success, but doing what you love in life, and being fulfilled by helping other people and being a meaningful part of society," Wystrach said. "4-H builds that.”