Physicist Honored for Discoveries About the Sun

Marcia Neugebauer has received two prestigious awards for her research into the nature of the solar wind.
Daniel Stolte
,
University Communications
Jan. 26, 2010
Resources for the Media 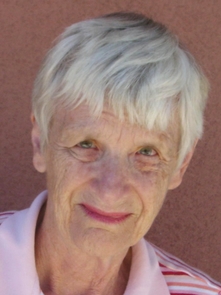 Marcia Neugebauer, adjunct research scientist at the University of Arizona's Lunar and Planetary Laboratory, is one of 17 scientists honored this year by the National Academy of Sciences, or NAS, in recognition of extraordinary scientific achievements in the areas of biology, chemistry, geology, astronomy and psychology. It is her second major award this month for her work in solar and interplanetary physics.

Neugebauer is the recipient of the NAS Arctowski Medal for her work that definitively established the existence of the solar wind. The award – consisting of a medal, a cash award and a gift to a research institution of the recipient's choosing – recognizes outstanding contributions to the study of solar physics and relationships between the sun and the earth.

Neugebauer, who will donate the latter part of the prize to the UA's Lunar and Planetary Laboratory, undertook research that proved crucial to the understanding of the physics of the heliosphere – the sun's atmosphere – and for elucidating many of its key properties.

A continuous stream of particles ejected from the sun's atmosphere, the solar wind is behind such phenomena as electromagnetic storms frequently capable of knocking down power grids, the aurorae (Northern and Southern Lights), and accelerating the gas expelled from comets to form a portion of their characteristic tails.

The National Academy of Sciences is a private, nonprofit honorific society of distinguished scholars engaged in scientific and engineering research, dedicated to the furtherance of science and technology and to their use for the general welfare.

In addition to receiving the Arctowski Medal, Neugebauer was also chosen earlier this month as the recipient of the 2010 George Ellery Hale Prize by the Solar Physics Division of the American Astronomical Society. The Society's highest recognition for research in solar physics, the Hale Prize is awarded once a year for outstanding contributions over an extended period of time to the field of solar astronomy.

Neugebauer graduated with a bachelor's degree with honors in physics from Cornell University in 1954, followed by a master's degree from the University of Illinois in 1956. In 1998, the University of New Hampshire recognized her scientific achievements with an honorary doctorate of physics.

After a 45-year career at Caltech's Jet Propulsion Laboratory, she moved to Tucson in 2002 to continue her research at UA while a resident of the Academy Village, where she is now the president of the Arizona Senior Academy.

Neugebauer embarked on her scientific career at a time when women were still highly underrepresented in the natural sciences, especially in physics. During her career she served many key scientific and management functions and was involved in a number of space missions aimed at exploring the solar wind and its properties.

Neugebauer has authored more than 200 scientific publications, is the editor of six books, and has served as president of the American Geophysical Union.