This ceramics workshop on the Greek island of Paros was preserved beneath a modern residence. (Photo courtesy of Eleni Hasaki) 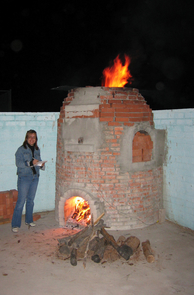 In ancient Greece, people relied on their friendly neighborhood ceramics workshop for everything from dishes to perfume bottles to roofing materials.

A new project, led by University of Arizona associate professor Eleni Hasaki, aims to map these critical centers of ceramics production across nearly 5,000 years of Greek history in a first-of-its-kind online database, designed to support archaeologists working in Greece today.

The Web Atlas of Ceramic Kilns in Ancient Greece includes information on 600 Greek kiln locations, dating between 3000 B.C. and A.D. 1820. Each uncovered kiln represents the location of a ceramics workshop.

The idea for the database grew from Hasaki's dissertation on ceramic kilns — the ovens used to fire pottery — in ancient Greece. As part of her work, Hasaki sifted through stacks of hard-copy archaeological reports in Greek, which were not available online, and traveled to Greece to collect information about kiln excavations that had not yet been formally published.

The resulting lengthy list of 450 kilns made Hasaki think there should be an easier way for archaeologists and scholars like herself to access information about these sites, and so the idea for a searchable database was born.

"My major hope for the online database is that it will help archaeologists on the ground who uncover kiln sites to quickly find similar cases in the same region or of the same period or of the same type, without having to wait for the final publication of a kiln site, often several years after its discovery," said Hasaki, a UA associate professor of anthropology and classics.

"Then they can complete their own reports much faster," said Hasaki, who also co-directs the UA's Laboratory for Traditional Technology, which focuses on the study of traditional technologies such as ceramics.

Hasaki teamed up with Greek archaeologist Konstantinos T. Raptis, an expert on Roman and Byzantine kilns, to compile information on the 600 kiln locations mapped in the database. They created the site with technical support from UA classics alumna Lauren Alberti, UA professor of geography and regional development Gary Christopherson, and College of Social and Behavioral Sciences tech employees Tawny Lochner and Lizeth Mora.

Archaeologists can now search the database, narrowing results by criteria such as geographical area, time period, kiln type and size. Each record contains additional information about the kiln site, as well as bibliographical references. The hope, Hasaki said, is that archaeologists will use the online submission form to update the database with new discoveries of kilns sites, making the information available to colleagues faster.

"I hope the database will be a two-way street," said Hasaki, a Mediterranean archaeologist and native of Greece. "I have put out what I have collected so far, but there are also sites I don't know about, and so I have a separate area in the database where the archaeologists themselves can make a submission to help themselves and others."

Ceramic production in Greece was a labor intensive, male-dominated family business, with fathers typically handing workshops down to their sons or sons-in-law. Each workshop typically had one or two kilns, and although they came in different shapes and sizes, the most common type across all time periods and regions was the round, clay variety, measuring 1 to 1 1/2 meters in diameter, Hasaki said.

Greek potters conducted business with low-risk investment strategies and no long-term stockpiling; the kiln capacity was optimally designed both to bring profit from successful firings and to help the workshop recover quickly from unsuccessful ones, Hasaki said.

For archaeologists, kilns can provide information about the local production, in terms of clay recipes, shapes, styles of decoration and scale of operation. The ceramics found in association with a kiln can help date the kiln, but in other cases, Hasaki said, an empty kiln can be sampled and dated through archaeomagnetism, a method for dating burnt archaeological materials.

In her own research, Hasaki has published articles on kilns that fired utilitarian wares, on archaeomagnetic dating of ancient kilns and on preservation of kiln sites under modern residences. She also has built and fired an experimental replica of a Greek kiln in Tucson, testing hypotheses of kiln design and operation.

Her work highlights the richness of kiln studies and the critical importance of ceramics in Greek communities.

"Every household would need utensils and containers, and almost all of them would be out of clay. Whether you had to store your olive oil to cook your food or needed a place to put your perfumes or wanted to decorate with something pretty, you would have to go to a workshop," Hasaki said. "If you had to go to a sanctuary to thank the gods for something, or to ask for help, you would bring a ceramic item. If you wanted to put a roof over your head, you would need roof tiles. For civic projects to do sewers, they would need terracotta pipes, so everyone relied on ceramic works. You couldn't have a city, town or village without some kind of local potter."

Many of the kilns on the database's map — which was created using Google Maps — were uncovered during residential or road construction and have been lost to development, making it even more important to have an easily accessible record of their existence, Hasaki said.

She said the database serves as a jumping-off point for researchers to answer larger questions about ceramics production in Greece across five millennia.

"It's more than just a map with spots," she said. "If you keep going through more complex questions, people who study craft production in an area have the exact locations of kilns, and they can ask questions about craft production and even about scale of economy or scale of trade. It starts as a little dot but then goes very quickly to the bigger picture." 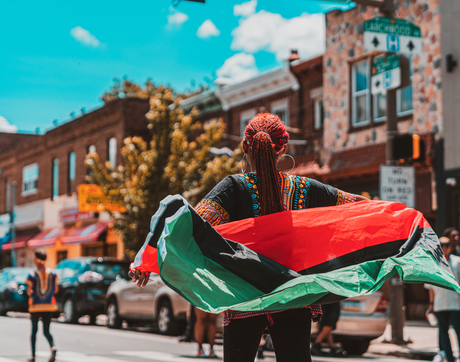