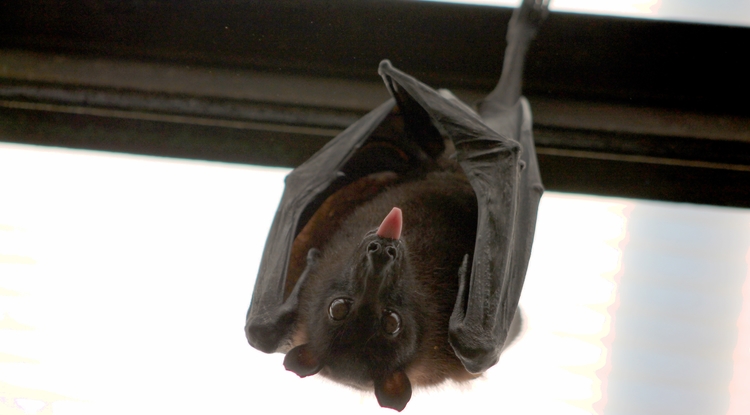 Protection of Pollinator World Is Important to Agriculture

With the start of National Pollinator Week, we take a moment to look at the work of UA researchers working to ensure the ecosystem's health.
La Monica Everett-Haynes
,
University Relations - Communications
June 20, 2016
Resources for the Media 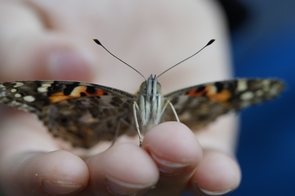 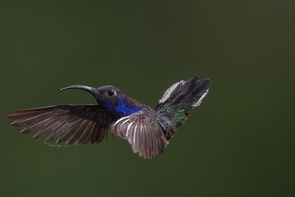 Stephen Buchmann, an adjunct scientist in the UA Department of Entomology, recently authored "The Reason for Flowers: Their History, Culture, Biology and How They Change Our Lives," detailing the role flowers play in the production of foods, spices, medicines and perfumes. 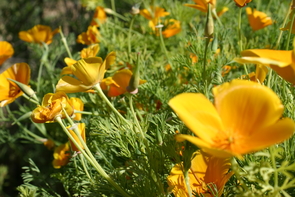 The Xerces Society reports that bumblebees, key pollinators of crops and wildflowers, are declining at an alarming rate. (Photo: Faith Schwartz/UA College of Agriculture and Life Sciences) 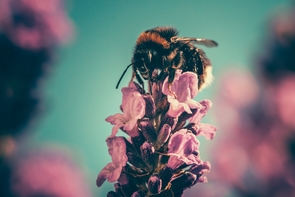 Daniel Papaj, a professor of entomology and also ecology and evolutionary biology, has worked on investigations into the learning behaviors of bumblebees, also excellent pollinators like their honeybee brethren. At the Papaj Laboratory, teams study plant-insect interactions, insect behaviors and what contributes to insects' performance in a range of environments.

Some of our tiny planetary cohabitants contribute significantly to our ability to grow and access foods, but some are declining in stark numbers.

Pollinators — which include the world's bees, butterflies, birds and bats — have an important role in maintaining the health of the ecosystem and supporting agriculture by planting pollen grains, which in turn result in fruit and seeds.

The U.S. Forest Service reports that 80 percent of the flowering plants in the world need help from pollinators. The Xerces Society reports that bumblebees, key pollinators of crops and wildflowers, are declining at an alarming rate. In communities across the nation, people have been asked to plant wildflowers and other native plants to help sustain bumblebees and other pollinators.

This week's National Pollinator Week is designed to increase public knowledge about the important work of pollinators and the need to enhance support to protect and sustain them.

Numerous University of Arizona researchers have expert knowledge about the lives and importance of pollinators, especially in the desert Southwest.

Birds Are Pollinators, Too

Honeybees are the primary pollinators of almonds, cherries, lemon and lime crops, but solitary bees — the other 90 percent of bee species that do not live in hives and that are seeing significant die-offs in some areas of the world — play important roles in pollinating many of our other food plants, such as melons, potatoes, strawberries, squashes, tomatoes, prickly pear, sunflowers and some nuts. These are some of the food plants that are important to humans, but solitary bees also pollinate the food plants that are critical for the survival of many birds and other mammals.

While bees may receive the bulk of attention, a whole range of animals and other insects pollinate plants. There are a host of other environmental benefits, such as purifying water, preventing erosion and contributing to carbon cycling for the benefit of producing breathable air.

"Bees are the champion pollinators, but don't forget the bats, birds, ants, beetles, butterflies, flies, moths and wasps that also contribute to the pollination of our plants," said Peter L. Warren, an urban horticulture agent for UA Cooperative Extension in Pima County.

Among bird species, hummingbirds and sunbirds are common pollinators, particularly for orchids and other types of wildflowers.

It's Not Just Honeybees

While honeybees are considered the main pollinators, bumblebees (which are seeing significant die-off in some areas of the world) and various other solitary bees that do not live in hives are also essential pollinators. The alfalfa leafcutter bee pollinates alfalfa important in dairy forage, while the bumblebee is important for hothouse tomatoes and peppers you consume in winter.

Daniel Papaj, a professor in the UA Department of Ecology & Evolutionary Biology, says more than 1,300 bee species exist in Arizona.

"Arizona is especially rich in bee species diversity," Papaj said, adding that only one, the now-Africanized honeybee, poses any hazard for humans. "Bees of most species can sting, but most are solitary and humans rarely come into contact with them even though they live among us."

Estimates indicate that more than 75 percent of flowering plants around the world help with pollination, according to the Pollinator Partnership, with which Buchmann is a scientist-at-large. The nationwide nonprofit promotes — through conservation, education and research — the importance of pollinators to food and ecosystems.

Bats, an important group of pollinators, pollinate plants such as saguaros, guavas and agaves — important mainstays in the Sonoran Desert.

At the UA, evolutionary ecologist Katy Prudic, an assistant research professor in the Department of Entomology, is an expert in butterfly habitats and behaviors. In particular, Prudic has investigated why butterflies have such ornate wing patterns and also how butterflies use visual signaling, learn from predators and protect themselves.

Prudic is co-founder and co-director of e-Butterfly, an international web platform that manages and aggregates butterfly data provided by an array of citizen scientists.

"There are an amazing assortment of pollinators in the Sonoran Desert. I would love to see more people outside and discovering them," Prudic said, also encouraging involvement with iNaturalist. "Over time, this could lead to valuable understanding of how our desert pollinators make a living and are responding to changes in the environment."

How to Take Action

"The good news is that the public can have an incredible impact on conserving pollinators by making more responsible choices and by getting involved with citizen science," said Cara Gibson, science communications director for the UA Department of Entomology. "This is a problem that each one of us can help with readily."

Gibson said people can emphasize the use of native plants, whether at home, school or in community gardens. She also urged them to learn more about pollinators by attending events such as the Arizona Insect Festival, to be held Sept. 18 at the UA, and to become involved with citizen science monitoring initiatives, such as Prudic's eButterfly organization and Nature’s Notebook.

"These various programs are fun, informative and provide you the opportunity to connect with your larger community," Gibson said.

Also, UA Cooperative Extension's gardening site contains public resource information for those interested in caring for trees, shrubs, flowers and garden vegetables. Specific to homeowners, landscapers and urban farmers, one of the common mistakes people make is not distinguishing pollinators from pests and applying unnecessary pesticides.

In consulting with such individuals, Warren of the College of Agriculture and Life Sciences, who has a broad-based knowledge about pollinators, urges that pesticides not be misused.

"To protect pollinators, the main thing is to not spray flowering plants with pesticides that will harm them," Warren said, adding that it is important to always read the pesticide label before purchasing and using a product.

"Many people don't realize that approximately 99 percent of insects are either beneficial or harmless," he said. "It's important to correctly identify a problem before applying any pesticide."

Said Prudic: "Many beneficial insects, such as pollinators, are very sensitive to these chemicals. Second, populate your yard with a variety of nectar plants so pollinators can have food for as much of the year as possible."

"Many insects will overwinter, so providing them safe spaces such as leaf litter and duff are important," she said.