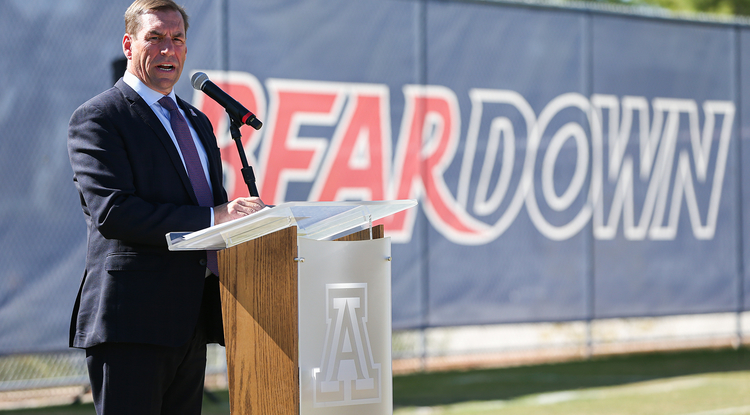 The Arizona Board of Regents on Thursday approved a one-year contract extension with new terms for University of Arizona Vice President and Director of Athletics Dave Heeke through the 2022-23 academic year.

"Dave Heeke has provided strong, ethical leadership for Arizona Athletics, and his top priority remains the success of our student-athletes, both on the field and in the classroom" said University of Arizona President Robert C. Robbins. "He has been an outstanding partner, and I am looking forward to many years of collaboration as he and his team implement the exciting new Arizona Athletics strategic plan. I know that with Dave's leadership, Arizona Athletics will continue to provide distinctive pathways to success for our students, to bring our facilities into the 21st century, and to create a world-class experience for our dedicated fans and community members."

Heeke was hired in February of 2017, and his tenure has brought unprecedented academic success, a comprehensive overhaul of facilities, consecutive years of strong fundraising efforts, championship-caliber athletic performances and strategic retention and development of coaches and department staff.

"Thank you to President Robbins and the Arizona Board of Regents for their commitment and trust in the work we are doing to serve our student-athletes, coaches, staff and the Arizona family," Heeke said. "It is an honor to be a part of this incredible university and storied athletics program, and I am confident that we are poised for even greater success. I am proud of the coaches and staff in our department, who work hard each and every day to provide a world-class student-athlete experience. Together, we will continue to strive for excellence."

Beginning in September 2018, Heeke led a transformative capital investment of $66 million as Arizona Athletics made critical facility enhancements with renovations to Arizona Stadium, Hillenbrand Aquatic Center, Hillenbrand Softball Stadium and McKale Memorial Center, and the construction of the Cole and Jeannie Davis Sports Center. These construction projects were built around enhancing the student-athlete experience, improving the game day environment and creating dynamic landmarks for the University of Arizona campus. Additional fan enhancements along the west side of Arizona Stadium were made prior to the 2019 season, including the creation of the SkyBox Club premium seating area.

Heeke led the development efforts for some of the biggest fundraising years on record, including the $8 million naming gift for the Cole and Jeannie Davis Sports Center. Arizona Athletics' fundraising efforts have surpassed its yearly fundraising goals every year since Heeke's arrival. The high-level success of the Wildcat Club includes nearly $35 million raised in the 2019 fiscal year, which was one of the top three fundraising years in department history. Arizona has raised nearly $100 million in the last three years, including an anonymous gift of $5 million to begin the $66 million facility enhancements.

Arizona Athletics' programs have earned national and Pac-12 championships. Arizona women's golf won the 2018 National Championship with a victory over Alabama in sudden death to give the University of Arizona its 22nd national title. Arizona men's basketball won regular season conference titles and the Pac-12 Tournament in the same season in both the 2016-17 and 2017-18 seasons, marking just the second time in Pac-12 history that a program has won four conference championships in two seasons. Deandre Ayton went on to become the first Wildcat in program history to be selected first overall in the NBA Draft when the Phoenix Suns picked him in 2018.

Under Heeke, Arizona Athletics has made strategic commitments to the retention of successful head coaches, which includes hiring head coaches in football, swimming and diving, women's tennis and gymnastics, and making modifications and enhancements to all other sport coach contracts.

The athletics department has added an assistant athletics director for diversity, inclusion and employee engagement to help lead a newly formed Inclusive Excellence Council that focuses on the importance of diversity and inclusion programming, educational events and hiring processes within athletics.

In September, Arizona Athletics launched a strategic plan, called "The Wildcat Way." It is the first official strategic plan in department history and was created after a yearlong comprehensive planning process. The plan has pillars, values and initiatives in alignment with that of the University of Arizona's strategic plan and focuses on the growth and impact of the athletics program.

Heeke came to Arizona after serving 11 years as the athletics director at Central Michigan University. Previously, he worked at the University of Oregon for 18 years in a variety of key administrative positions. 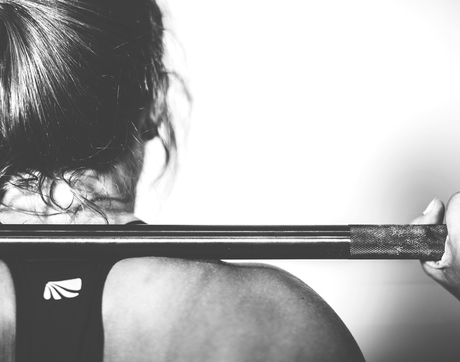 Q&A: The Value of Sports Psychologists on College Campuses
Popular