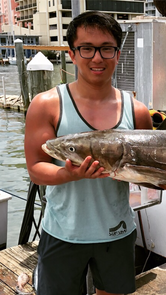 Alex Lim is entering the University of Arizona as an aerospace engineer major and Naval ROTC cadet. (Courtesy of Alex Lim) 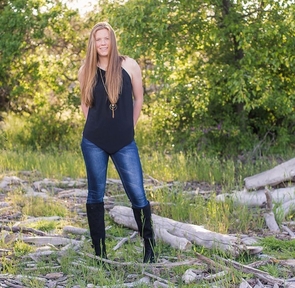 Caitie D'Ambrosio's favorite color as a child was camouflage. She hopes to parley her UA Naval ROTC experience into a career as a trauma surgeon. (Courtesy of Caitie D'Ambrosio)
New UA NROTC marched on the Mall during Friday's integration ceremony. (Courtesy UA NROTC)

As a new semester approaches, many freshmen start preparing for long hours of studying and numerous papers and assignments. Caitie D'Ambrosio and Alex Lim are preparing for 4 a.m. wake up calls and marching orders. Welcome to the University of Arizona's Naval Reserve Officers' Training Corps program.

D'Ambrosio and Lim will be participating in the program this fall as Naval Reserve Officers' Training Corps, or NROTC, cadets. They will learn to be leaders through rigorous training at the UA and will become U.S. military officers upon graduation.

Lim, a Kansas City native, was a junior in high school when he decided he wanted to pursue a career in the military career.

"I wanted to go the United States Naval Academy in Annapolis, but was rejected," Lim said. "So when I began the process to start college, I knew the ROTC program would be a great option to continue my pursuit of becoming a military officer."

While in high school, Lim participated in the Civil Air Patrol, the civilian auxiliary of the U.S. Air Force. After graduation, he began preparing himself for the physical aspect of the NROTC program by exercising over the summer. He believes he is ready for the physical requirements of being an NROTC cadet, and he’s ready to tackle the academic requirements of college when UA classes start on Aug. 20.

"There really is nothing I can do as far as preparing academically," Lim said. "I've been working out a lot during the program and have exercised at least five days a week. I want to make sure the physical part is something I can handle before staring the program, and that means eating healthier this summer."

D'Ambrosio, who is from California, has been preparing for a future in the military since she was 4 years old. She followed only one fashion trend as a child — camouflage.

"The only branch I knew as a kid was Army, so I would tell my mom, 'Mommy I'm going to go play Army outside,'" D'Ambrosio said. "I grew up with an older brother, so I'm the biggest tomboy you'll ever meet."

D'Ambrosio's childhood was rough, and she saw the military as an escape route early on. During her junior year of high school, she was offered a full-ride scholarship to the United States Military Academy, also known as West Point, for pole vaulting. Unfortunately, she injured her shoulder competing and was forced to forfeit her scholarship.

"I was devastated," D'Ambrosio said. "It took me a long time to get over such an academic loss."

The UA NROTC program gives D'Ambrosio another avenue to pursue her dream of furthering her education and becoming a military officer.

In addition to their regular UA courses, UA NROTC cadets carry five additional credits every semester. In addition, they have naval science lab three times a week and morning exercise that starts at 5:45 a.m.

The ability to balance cadet and student life is no easy feat.

"We expect our students to work harder than those who aren't in the program," said Lt. J. Neil Riffitts, assistant professor of naval science and unit recruiting and admissions liaison officer for the UA NROTC. "Oftentimes, cadets struggle with managing their time appropriately. We teach cadets how to prioritize their time and how to use efficiently and effective. All we ask is that they come committed to learning."

D'Ambrosio and Lim have their own expectations for the NROTC. Both believe the program presents an opportunity for personal growth and a chance to highlight their unique qualities.

"I expect it to be very demanding," Lim said. "I want to make sure I have the discipline needed to be successful in the program."

Lim is majoring in aerospace engineering, which is considered a top tier major in the NROTC and allows for additional career opportunities upon graduation. D'Ambrosio is pursuing a degree in psychology and hopes to eventually become a trauma surgeon.

"The mentorship these cadets will receive in the program is incredible," Riffitts said. "Watching these freshmen grow and evolve into responsible capable individuals is what I look forward to the most. It’s a cool thing to see."