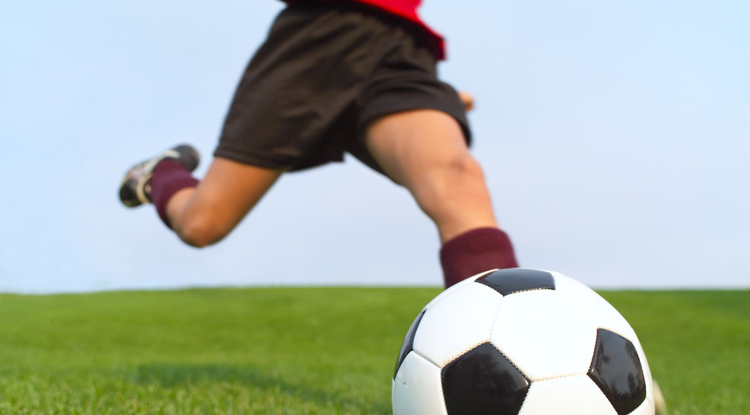 A UA professor is researching hypertrophic cardiomyopathy, a genetic condition that is one of the most common causes of sudden cardiac arrest in young athletes.
Katie Maass
,
Sarver Heart Center
Sept. 24, 2013
Resources for the Media 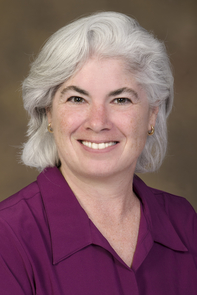 As pep rallies kick off another season of school athletic programs, a sobering fact remains: Every three days a young athlete dies from a cardiac incident in the United States. In fact, sudden cardiac arrest is the No. 1 killer of young athletes, and often it is caused by a pre-existing condition that could have been detected and managed to lower a person's risks.

The typical school athletic program requires athletes to obtain a physical exam that includes listening to the heart, checking blood pressure and reviewing family medical history. But is this enough? That may depend on the quality of the family medical history and what is done with that information if a cardiac risk is identified, says Dr. Jil C. Tardiff, the University of Arizona Sarver Heart Center's Steven M. Gootter Endowed Chair for the Prevention of Sudden Cardiac Death.

Tardiff, a professor of medicine in the Division of Cardiology and Department of Cellular and Molecular Medicine at the UA College of Medicine, conducts research focused on hypertrophic cardiomyopathy, or HCM, which causes an abnormal thickening of the muscle in the heart's main pumping chamber. HCM, a genetic condition that affects one in 500 people, is one of the most common causes of sudden cardiac arrest in young people.

In collaboration with pediatric cardiology and structural/interventional cardiology, Tardiff is developing an HCM clinic at The University of Arizona Medical Center – University Campus where individual patients and, when warranted, entire families can undergo comprehensive evaluation and care.

"Taking a careful family history is an important step in assessing anyone's risk of having a predisposition to HCM. It's important to assess a person's risk before an episode happens and patients need to be honest with their physicians about their symptoms. One of the difficult issues we face in evaluating a patient's symptoms is that they can be unpredictable or dynamic in HCM and this can lead patients to minimize or discount them. Doctors can be guilty of this as well," said Tardiff, who also is a member of the UA's BIO5 Institute.

Doctors should ask about shortness of breath, especially with activity, fainting episodes and any sudden deaths in family members, especially those who were around age 40 or younger, Tardiff said.

"Sometimes in cases of 'accidental' deaths, such as an adult drowning or a single-car wreck, we have to question whether sudden cardiac arrest could have been the underlying cause," Tardiff said.

While the lack of a family history of sudden cardiac death does not rule out the diagnosis of HCM, it remains a central component in assessing risk.

A person who may have HCM should be assessed by a cardiologist – ideally at least once by a cardiologist who specializes in HCM, Tardiff said. Following a thorough family history and physical exam, the cardiologist who suspects HCM should order an electrocardiogram (ECG) and a transthoracic echocardiogram (ultrasound). If the suspicion for HCM remains high after these tests, further workup likely would include an exercise echocardiogram,
cardiac MRI and, in some cases, genetic testing, Tardiff said.

"While genetic testing is not yet indicated in all patients with documented HCM, experimental evidence from my lab and others suggests that both the clinical course and outcome of the disease is, in part, dependent on the type of protein that has been affected by the genetic mutation. Thus, in the future it is likely that we will be able to tailor individual treatments to specific mutations and provide personalized care," Tardiff said.Some experts who are studying athlete safety advocate an ECG as part of the regular school physical.

"The issue of mandated pre-participation clinical screening (usually via ECG) is a controversial topic because the data regarding the efficacy of such programs remains unclear. We want to be careful not to unduly frighten people. HCM in the popular press is usually presented as a dire diagnosis. I would recommend an ECG and an echocardiogram for an athlete whose family has a history of sudden cardiac arrest, any of the symptoms outlined above or a suspected cardiomyopathy, such as HCM," Tradiff says.

How active should a person be if they are at risk?

"Management of HCM is usually individualized. This is important because the disease severity can vary widely, even between patients with the same genetic mutations. It is also important to remember that eliminating all exercise clearly is detrimental to heart health," Tardiff said. "While there are ongoing studies to assess exercise tolerance in patients with HCM, specific recommendations have to be tailored to each individual in consultation with their cardiologist. At present, participating in high-intensity or contact sports – including, but not limited to, basketball, ice hockey, soccer, racquetball and football – largely is not recommended for patients with HCM. Other activities, such as biking, modest hiking, swimming (noncompetitive), doubles tennis and golf, are acceptable. Other sports can be pursued on a case-by-case basis."

"In general, we advise patients to take care of themselves – control blood pressure, diabetes, and engage in exercise as symptoms allow – with a physician's guidance," she added.

How is HCM treated?

"If a patient does not have symptoms, we usually do not treat. With symptoms – in particular, shortness of breath or chest pain – the first line of treatment is medications, such as beta or calcium blockers. In some cases, especially when the enlargement of the heart alters the ability of blood to be ejected from the heart and symptoms cannot be adequately controlled with medications, we will consider surgery to remove the obstructing part of the muscle. Such patients who cannot undergo surgery can be treated with alcohol septal ablation (a procedure that is performed in the catheterization laboratory)," Tardiff said.

"For patients at high risk of sudden cardiac death, an implantable cardiac defibrillator, or ICD, is often recommended. The decision regarding the need for an ICD is dependent on risk factors, including discovering certain abnormal heart rhythms during monitoring and the presence of syncope (fainting),” Tardiff said.

She added: "Patients with ICDs can lead active lives, including exercise."