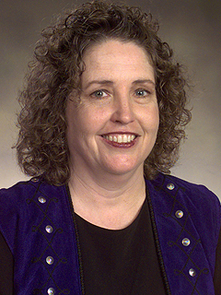 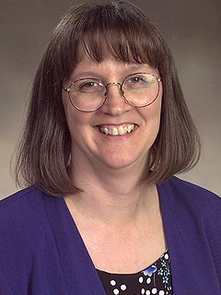 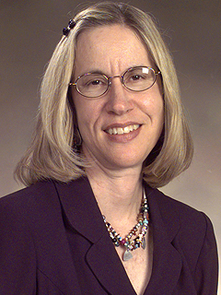 Note: College of Nursing classes will resume on Monday, Nov. 4. Nursing clinicals have been suspended indefinitely. No word yet on when they will resume.

Also, the UA College of Pharmacy and the Academy of Students of Pharmacy have canceled a scheduled Women's Health Seminar and Exposition that was originally planned for Saturday, Nov. 2, at the College of Pharmacy. That event will be rescheduled in the Spring of 2003. David Von Behren, 520-626-3389, is the contact for this event.

Four people are dead in the wake of a shooting early Monday morning at the University of Arizona College of Nursing. Tucson Police and University of Arizona Police say a gunman, a student with academic problems and personal issues at home, apparently killed three faculty members in the college before turning the weapon on himself. The incident also traumatized students who witnessed the shootings in their classroom.

UA President Peter Likins called it an "intensely painful family tragedy,"and said students, staff and faculty will have access to counseling to help deal with the trauma, including those who witnessed the shootings.

"The entire campus community is traumatized," Likins said. "We grieve for those whom we have lost in this tragedy and for their loved ones. Some people have witnessed murders. For them and for the family and friends of the victims the days ahead will be unspeakably difficult. Our prayers are with them."

Those shot include three clinical professors in the College of Nursing: Robin E. Rogers, Barbara S. Monroe and Cheryl M. McGaffic. The suspect is identified as Robert S. Flores, a student in the college. When asked about a possible motive, Tucson Police Chief Richard Miranda said there were "many issues in Mr. Flores' life," that led police to conclude that the killings were premeditated. Those issues likely centered around problems with his school work at the UA and with marital and financial difficulties.

The killings prompted police to evacuate most of the sprawling UA medical campus and cancel classes for the remainder of the day. University Medical Center was closed Monday to visitors and new patients. Trauma patients were diverted to other hospitals in Tucson. Police also closed down a half-mile stretch of Campbell Avenue, a major traffic corridor in Tucson, between Speedway Boulevard and Elm Street.

UMC reopened Tuesday, as did the colleges of medicine, pharmacy and public health. Police said the College of Nursing would remain closed at least until Wednesday while investigators comb the building for additional clues to the shootings.

UAPD was first on the scene following a call to 911 at 8:37 a.m. (MST). Tucson Police responded shortly thereafter. TPD Chief Richard Miranda said that included 33 officers with expertise in such incidents happened to be training at nearby Himmel Park

Police said the day likely unfolded as Flores entered the College of Nursing on the ground level, sought out Robin Rogers and shot her in her office just after 8:30 a.m.. Flores then went to the fourth floor lecture hall where students were taking an exam in their critical care class. Flores entered the hall, walked up to Barbara Monroe and spoke to her before shooting. He then shot Cheryl McGaffic before ordering the students to leave the hall. He then walked to the back of the classroom before taking his own life at approximately 8:53 a.m.

Tactical personnel worked throughout the day and well into the evening, sweeping the building for any possible explosive devices. TPD spokesman Sgt. Marco Barboa said specially trained bomb dogs cued police early on to the possibility that the alleged gunman may possibly have carried explosives. Police used search warrants to search the suspect's car and home for clues. No explosives were found.

Campbell Avenue, a major north-south thoroughfare in Tucson and sealed off for most of the day from Speedway to Elm Street, has reopened.

A memorial service is pending for the victims. The UA will also provide counseling services to students, staff and faculty (see information bullets below).

Classes within the Arizona Health Sciences Center's Colleges of Nursing, Medicine, Public Health and Pharmacy have resumed. The College of Nursing remains closed and classes will resume on Monday, Nov. 4. Counseling for students, staff and faculty is available. Special services will also be provided within residence halls. For more information, please contact the Dean of Students' Office at 626-1222.

Information for Employees:
Classes within the Arizona Health Sciences Center's Colleges of Nursing, Medicine, Public Health and Pharmacy were have resumed. The College of Nursing remains closed and classes will resume on Monday, Nov. 4. Call the University of Arizona Hotline at 626-1222 (toll free 877-362-7341) for more information as it becomes available. Counseling for faculty and staff is available at the Alumni Association's "Swede" Johnson Building. For more information, please contact Human Resources at 621-3662.

Information for Parents:
None of the assailant's victims were students. Counseling is being provided for students and special services will be provided in residence halls and other venues where students gather. For more information, please contact the Dean of Students' Office at 626-1222.

Information for Victim's Families:
The Marriott Hotel, located at 880 E. Second St. has offered a week of free lodging to family members of those killed in the Oct. 28 shootings at the College of Nursing. To make reservations, call: Kevin Tracy, director of reservations at 792-4100 Ext. 1019.