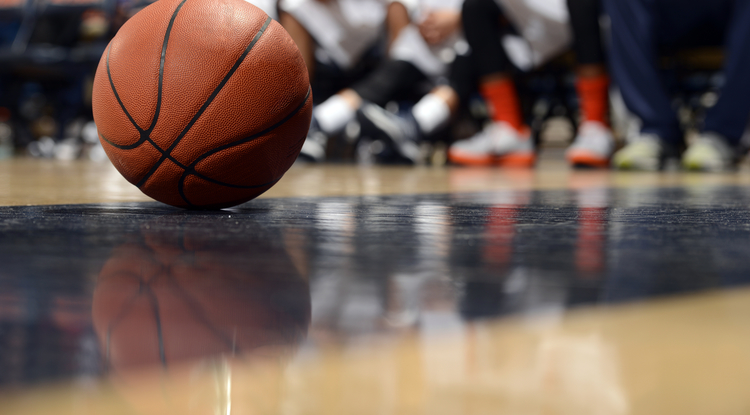 Robbins and Heeke: "We have no reason to believe that Coach Miller violated NCAA rules or any laws regarding the allegation reported in the media." Miller: "I now intend to turn my focus to basketball and our players and this team."
University Communications
March 1, 2018
Resources for the Media

We have decided that Sean Miller will remain the University of Arizona's men's basketball coach.

Media reports last Friday alleged that Coach Miller was caught on a wiretap discussing a payment with a representative of a sports agency regarding one of our student-athletes. Since those reports broke, we have sought to learn everything that we can from Coach Miller about the allegations. As Coach Miller's employer, we acted to investigate these reports.

Earlier this week, we met with Coach Miller at length and asked him direct and pointed questions. He was eager to speak with us and answered every question we asked. At this time we have no reason to believe that Coach Miller violated NCAA rules or any laws regarding the allegation reported in the media. Additionally, he has a record of compliance with NCAA rules, and he has been cooperative with this process.

While some might be tempted to rush to judgment when there is intense public pressure, due process is the bedrock of fair treatment and acting with integrity. With that in mind, we will continue to pursue every avenue of inquiry available to us during an active federal investigation to fully understand the facts. We recognize that investigation is ongoing, and we will continue to be respectful and cooperative through its conclusion. Steptoe & Johnson continues its investigation into our athletics compliance, and we will carefully review and act on its conclusions. We anticipate this report will be thorough and based on facts.

We want to thank our student-athletes for the strength they have exhibited during this challenging situation. We are confident that they will continue to respond with commitment, integrity and excellence. Deandre Ayton, who has been subjected to false, public reports that impugned his reputation, has our full support. We ask that the Wildcat family rally behind these young men and our coaching staff tonight and throughout the rest of our season.

Let me begin by saying I regret all the negative attention that has been focused on our program and the difficult position that this has created for President Robbins, Dave Heeke, the Arizona family and especially our players and their families. I appreciate very much all the support I have received during this difficult time. Thank you to everybody.

While I have done nothing wrong, I am responsible for our men's basketball program and I am sickened that we are in the spotlight for all the wrong reasons.

Contrary to what has been written this past week, we do our very best to run a clean program at the University of Arizona. I have done that since the first day I stepped on this campus. Compliance with NCAA rules is extremely important to us, and we work hard to create, maintain and monitor a culture of compliance within our program.

I also understand that there is an ongoing federal investigation, and because of this I cannot do anything that might compromise the integrity of this investigation.

However, on this point I cannot remain silent in light of media reports that have impugned the reputation of me, the University and sullied the name of a tremendous young man, Deandre Ayton.

Let me be very, very clear: I have never discussed with Christian Dawkins paying Deandre Ayton to attend the University of Arizona. In fact, I never even met or spoke to Christian Dawkins until after Deandre publicly announced that he was coming to our school. Any reporting to the contrary is inaccurate, false and defamatory. I'm outraged by the media statements that have been made and the acceptance by many that these statements were true. There was no such conversation. These statements have damaged me, my family, the University, Deandre Ayton and his incredible family. The only attempted corrections by the original source of the media statements are still inaccurate and completely false.

I also want you to know that the one time that someone suggested to me paying a player to come to the University of Arizona, I did not agree to it. It never happened and that player did not come to the University of Arizona. Out of respect for this ongoing investigation, the privacy of the student-athlete and his family, I am not going to share further details concerning this matter.

I appreciate, more than anyone can realize, Dr. Robbins and the University carefully considering this matter and acting upon facts. I have been completely open and transparent and I look forward to coaching this outstanding team as we seek to capture a Pac-12 regular-season championship this week. I now intend to turn my focus to basketball and our players and this team. I once again want to express my thanks to all of those who have supported me and this now completes my statement on this matter.