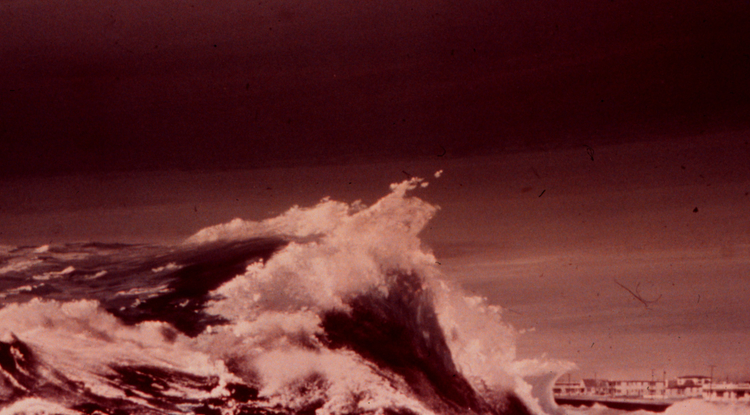 The Gulf Coast, especially New Orleans, is particularly vulnerable to storm surge. As the climate warms, the region will be even more susceptible to extreme storm surges, according to new research.
Mari N. Jensen
,
College of Science
Feb. 11, 2020
Resources for the Media

The U.S. East and Gulf Coasts differ in how ocean and atmospheric circulation and sea level interact to produce storm surges, and both regions will experience greater storm surges as global warming progresses, according to new research from a University of Arizona-led team.

The research is the first to compare how different parts of the Atlantic Coast might fare during storms. The scientists examined the impacts of both tropical cyclones, including hurricanes, and extra-tropical cyclones, such as nor’easters.

The team did so by using a new global climate computer model that allowed them to combine information on weather, climate and sea level in a fully integrated way.

The scientists found that even in the absence of global warming, the Gulf Coast, and especially New Orleans, is particularly vulnerable to storm surge. As the climate warms, the Gulf Coast will be even more susceptible to extreme storm surges, said first author Jianjun Yin, an associate professor of geosciences.

More than 60 million people live in the Atlantic and Gulf of Mexico regions. Between 2000 and 2017, those regions were hit by 13 hurricanes that each caused more than $10 billion in damages.

For both regions, storm surge heights will increase in the future as warming progresses, Yin and his colleagues found. Stronger hurricanes will affect the Gulf Coast and increased sea level will affect the East Coast.

“But for the East Coast of the U.S., especially the Northeast coast of the U.S., the story is different – the maximum storm surge is mainly influenced by the background sea level rise,” Yin said.

The paper, “Response of Storm-related Extreme Sea Level along the US Atlantic Coast to Combined Weather and Climate Forcing,” by Yin and his co-authors is published in the Journal of Climate. Yin’s co-authors are listed at the bottom of this release. The National Oceanic and Atmospheric Administration and the National Science Foundation funded the research.

However, previous models could not handle the complex interactions between the ocean and the atmosphere Yin wanted to include, either because the models lacked an integrated approach or were too coarse.

New technology, in the form of a new global climate model developed by the NOAA Geophysical Fluid Dynamics Laboratory in Princeton, New Jersey, came to the rescue.

By using the new model, GFDL CM4, Yin and his colleagues could incorporate information about tropical and extra-tropical cyclones, atmospheric and oceanic circulation, weather and sea level rise. Having such rich information in the model allowed the team to more accurately predict how the seas along the eastern seaboard of the U.S. would respond to storms.

The team studied the coastline from Halifax, Nova Scotia, to Houston, Texas.

The researchers analyzed several simulations using the model. The control used pre-industrial conditions similar to those in the 1800s. Another simulation added more and more CO2 into the model’s atmosphere at a rate of increase similar to that observed since the mid-20th century.

The pre-industrial control simulation revealed the underlying differences driving storm surge in the two regions – wind strength along the Gulf Coast and sea level along the East Coast.

The simulation that added CO2 into the atmosphere year after year projected that as warming progresses, there will be fewer – but stronger – tropical cyclones.

“For the CO2 experiment, we found that the elevated storm surge is influenced by different factors on the East Coast than the Gulf Coast,” Yin said.

In addition, as CO2 in the atmosphere increases, the model reveals that the Atlantic Ocean’s Atlantic Meridional Overturning Circulation will slow down, exacerbating sea level rise and storm surge on the East Coast.

Yin's co-authors on the paper, “Response of Storm-related Extreme Sea Level along the US Atlantic Coast to Combined Weather and Climate Forcing,” are: Stephen M. Griffies of the NOAA GFDL and Princeton University; Michael Winton and Ming Zhao of the NOAA GFLD; and Laure Zanna of the University of Oxford in England and of New York University in New York City.