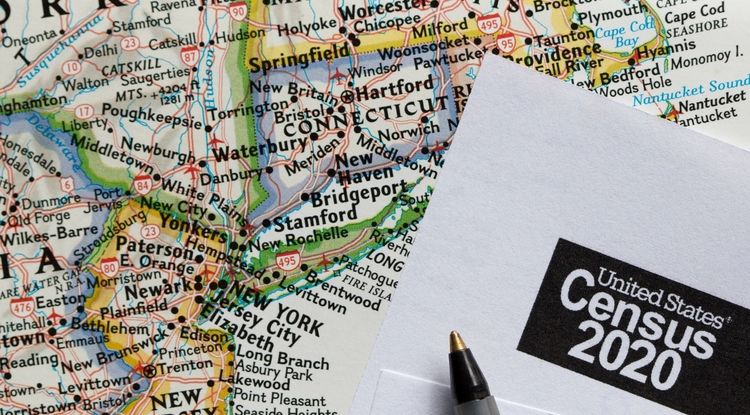 University of Arizona geographer Jason Jurjevich discusses the importance of reaching "hard-to-count" populations in Arizona in the 2020 census and how the COVID-19 pandemic has created additional challenges for ensuring a fair and accurate census.
Lori Harwood
,
College of Social and Behavioral Sciences
May 20, 2020
Resources for the Media
Extra Info:

Jurjevich presented 2020 census data to a group of Arizona nonprofit leaders and community advocates on April 8 so the group could discuss next steps in reaching Arizona's hard-to-count populations. The event was sponsored by the College of Social and Behavioral Sciences, the School of Geography and Development, UArizona Government and Community Relations and the Community Foundation of Southern Arizona. The presentation is on the Census 20/20 website.

Students can find more information about how to respond to the census at census.arizona.edu. 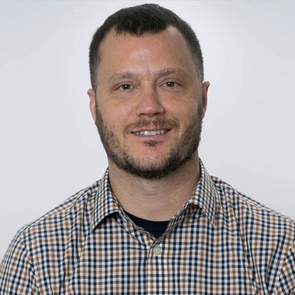 At the end of February, Jason Jurjevich released a report on the importance of reaching Arizona's "hard-to-count," or HTC, population in the 2020 census. A few weeks later, as the scale of the COVID-19 pandemic became apparent and communities across the country mandated social distancing, the challenges of securing a fair and accurate census intensified.

Those challenges include the cancelation of community events related to census outreach, the postponement of door-to-door outreach and questions around how to count college students who have moved home.

The implications for Arizona are significant. The impact of a census undercount can affect everything from Arizona's political representation in Washington, D.C., to the flow of federal dollars to Arizona to fund social service programs and the state's three universities, said Jurjevich, an associate professor of practice in the UArizona School of Geography and Development in the College of Social and Behavioral Sciences.

Jurjevich is the director of the Census 20/20 project, which provides data, tools and resources to foster community preparedness and inspire individual action to support a fair and accurate census in 2020.

Recently, the U.S. Census Bureau asked Congress for a 120-day extension, from Dec. 31 to April 30, to deliver the final 2020 census apportionment counts, which would provide the bureau with more time to complete a follow-up phase with those who didn't respond, Jurjevich said.

Jurjevich explained the ongoing and new challenges of acquiring accurate census data during this unprecedented time.

Q: What are the main challenges to a fair and accurate count in this census?

A: Inconsistent and insufficient census funding is a challenge, especially when you compare the funding for census 2020 preparation relative to what was spent for census 2010, 2000 and 1990. In the 2000 census, for example, the ratio of federal funding in the census year was 16 times the average amount allocated in the first five years of the decade, 1991-1995. For the 2020 census, the ratio is roughly half, at eight.

The proposed citizenship question for census 2020 also introduces problems. Even though census 2020 does not ask respondents about their citizenship status in the wake of the U.S. Supreme Court decision, the crisis is not averted because of the political sensitivity of the question. In Arizona it is particularly challenging, because one in six Arizonans live in a noncitizen household. Another challenge is that there is confusion between the census and the American Community Survey, which is an ongoing annual survey that the census conducts, which does ask about citizenship.

The Pew Research Center indicates that only 17% of Americans trust the government in Washington to do what is right "just about always" or "most of the time." This increasing distrust creates a challenge in terms of census response rates. There is also growing fear among immigrants amid the ongoing sociopolitical climate about the confidentiality of their data.

For the first time, the census can be completed online as well as on paper and with a phone call. Although the online option does appear to be working well, there are concerns about the digital divide.

And now there's the COVID-19 pandemic.

Q: Who are hard-to-count populations and why are they are hard to count?

A: Arizona is traditionally a state with a high HTC population. In the 2010 census, only 77.6% of Arizona households mailed back their census form, ranking Arizona's census participation at 38th across the 50 states and Washington, D.C.

It should be noted that census 2010 was considered one of the most accurate censuses in recent American history. Even so, renters were undercounted by 1.1%, African Americans by 2.1%, Hispanics and Latinos by 1.5%, and American Indians/Alaska natives by 4.9%.

There are several reasons these populations can be hard to count, including the already mentioned distrust in the government and concerns about privacy. Others include that their home addresses are not included in the master address file, language obstacles, complex household relationships and highly mobile populations with multiple addresses.

Q: What are the main ways that the COVID-19 pandemic has impacted the census?

A: In this census, university students have become a hard-to-count population because so many were encouraged to move back home when the pandemic hit and before the census forms were mailed. Students who live in dorms will be reported by university administration as part of the "group quarters" enumeration. Students living off campus and who were not in Tucson to receive their census forms will be harder to count. Since they live in Tucson most of the year, they should be counted as Tucson residents in the census. I recommend a video from the Census Bureau that explains what students need to do.

Coordination between local community-based organizations is made even more difficult with quarantine and stay-at-home orders. Outreach events to promote and help people fill out the census have been delayed. And, obviously, door-to-door outreach by census workers – essential in reaching HTC populations – has been postponed.

The ability to count homeless people is also challenged. The census often works with service providers at soup kitchens, shelters and regularly scheduled food vans to count people they serve. For now, these counts have been delayed.

Q: In your February report, you indicate that as many as 1.6 to 1.8 million could be undercounted in Arizona in the 2020 census. That number could be even higher now. Why is an accurate census count so important?

A: At the end of the day, the census is about money and power.

In 2016, Arizona received more than $20.5 billion in federal funding that was guided by 2010 census data – roughly $3,000 per Arizonan. This means that an undercount of Arizonans – more likely among HTC populations – could cost the state hundreds of millions of dollars in federal funding over the next decade. It impacts the flow of federal dollars to Arizona to fund social service programs, transportation infrastructure projects and the state's three universities.

If we undercount people, that affects our ability to secure the appropriate levels of political representation in the House of Representatives.

A less obvious impact is that when we have an undercount in the census, it hurts our ability to ensure that social science research and public policy are based on accurate data.

Q: How is the state of Arizona doing so far in census reporting?

A: As of May 7, 54.4% of Arizonans have responded to the census. The Census Bureau makes response rates available daily, down to the census tract. This allows community groups to focus on low return areas to increase the response rate.

Response rates in and around the University of Arizona are much lower than we would expect, in large part because the students aren't here to fill out the forms. There are also lower response rates across census tracts with higher shares of Hispanic and American Indian/Alaska Native populations.

The University of Arizona is reaching out to students, and community groups in Southern Arizona are doing what they can – using social media and other online options – to get the word out.

We have a pandemic right now, and the census is not the primary concern for most Americans. People who have not yet responded may be taking care of family members who are sick, or they've lost their jobs. We need to be sensitive to these issues in the non-response follow up.

The census is important. There's an ad that the Census Bureau has released that essentially says, "One day, we'll be able to get back to normal. But to do that, and to ensure that we have the right health care facilities and the right transportation infrastructure, we need to take some time to fill out the census."

Why You Shouldn't Trust Memes About Coronavirus