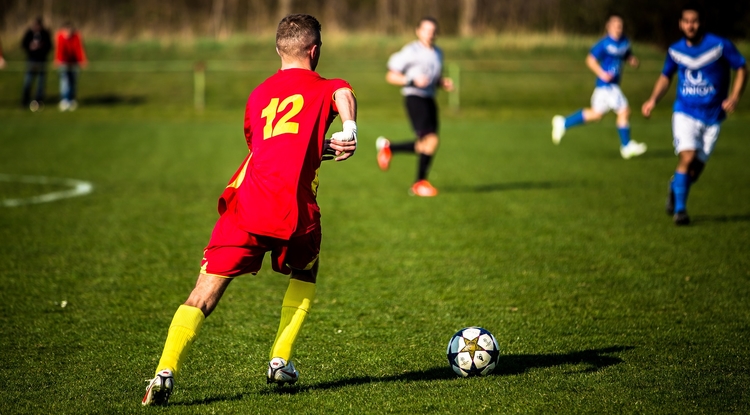 College athletes can be highly effective allies for the LGBT community because of their visibility on campus, a UA researcher says.

UA researcher Russell Toomey developed a scale to better understand college athletes' engagement in behaviors that support or stand up for members of the LGBT community.
Alexis Blue
,
University Communications
Jan. 30, 2017
Resources for the Media 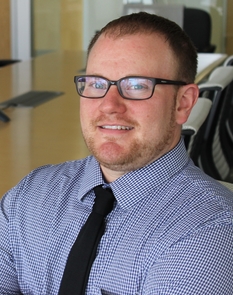 The sports world has not always been considered the most inviting place for those who identify as gay, lesbian, bisexual or transgender. Yet, college athletes can make powerful allies for the LGBT community, given their visibility and status on campus, says University of Arizona researcher Russell Toomey.

Toomey, a UA assistant professor of family and consumer sciences, has developed a scale to measure the ally behaviors of college athletes in an effort to better understand how often they engage in ally behaviors and what those behaviors look like.

He examines the effectiveness of his Engagement in LGBTQ Ally Actions in Sports scale in a new study published in the Journal of Intercollegiate Sport.

Toomey hopes college athletic departments nationwide might use the scale to help start a conversation about LGBT ally behaviors among college athletes.

"We believe that this could be a good scale to understand and assess where athletic departments are in terms of players' engagement in anti-bias behaviors," said Toomey, who developed the scale with collaborators Christi McGeorge and Thomas Carlson at North Dakota State University.

"It also will allow us to understand from more than just the LGBT players' perspective what's going on in the sports environment," said Toomey, who teaches in the UA's John & Doris Norton School of Family and Consumer Sciences in the College of Agriculture and Life Sciences.

Toomey and his colleagues tested the scale at two NCAA Division I universities, where student-athletes were asked to rate on a scale a series of statements and questions, such as "How would you describe your own beliefs about LGBTQ people?" and "How often do you stop others from making negative comments or slurs based on sexual orientation or gender identity and expression?"

The athletes also were asked open-ended questions designed to assess what they think it means to be an ally and what prompted them to become an ally.

Among the researchers' findings: Female athletes were more likely than males to identify as LGBT allies. While none of the women surveyed said they do not consider themselves allies, 11 men stated in their responses to the open-ended questions that they are not allies. Altogether, 159 athletes were surveyed; 49.7 percent of them were female and 95 percent identified as heterosexual.

The reason for the gender difference could be because of the way sports have been hyper-masculinized, Toomey said.

"Masculinity is heightened in sports, and it may be more important to men to engage in behaviors that show off their masculinity," Toomey said. "There may be a fear that if a male athlete stands up or speaks out against LGBT-related bias, they might be perceived as being gay, and they don't want their teammates to perceive them that way."

Some recent research has suggested that the environment is improving for LGBT athletes, said Toomey, adding that more high-profile professional athletes have come out publicly, and there have been fewer reports of violence against LGBT teammates. Yet, there is still work to be done, and understanding how non-LGBT-identified athletes act as allies is an important part of that, Toomey said.

"There has been about 10 years worth of research on LGBT-identified athletes. However, there has only been one other study that we know of that focuses on heterosexual athletes' perceptions of LGBTQ issues and people in the sports environment," he said.

Toomey and his collaborators developed their scale based on the recommendations and results of the NCAA's "Champions of Respect — Inclusion of LGBTQ Student-Athletes and Staff in NCAA Programs," (PDF) a resource guide commissioned in 2012 by the LGBTQ Subcommittee of the NCAA Committee on Women's Athletics and the Minority Opportunities and Interests Committee to address the inclusion of LGBTQ students and staff in NCAA programs.

The researchers' scale assesses athletes' participation in two different types of LGBT ally behavior: standing up and showing up. An example of standing up might be intervening when antigay comments are made on the playing field, while showing up might mean attending events that support the LGBT community, like a rally or Safe Zone training.

Existing research on LGBT allies — not specific to athletics — often characterizes "standing up" behavior as a more active and effective way of allying, while "showing up" is a more passive way of showing support. Yet, for student-athletes, who often serve as highly visible role models on campuses, both types of behavior could be equally impactful, Toomey suggests.

Creating an environment in which LGBT student-athletes feel safe also could make a difference in the way athletes perform, Toomey said.

"We know that team cohesion and belonging is really important for sports performance, so if we can cultivate environments where all players feel safe and welcome and like they're part of a team, then they're likely to perform better," Toomey said.

What's more, when LGBT student-athletes feel safe, other students on campus will likely benefit as well.

"We know that when a specific population of students feels safe then usually all students feel safer," Toomey said.