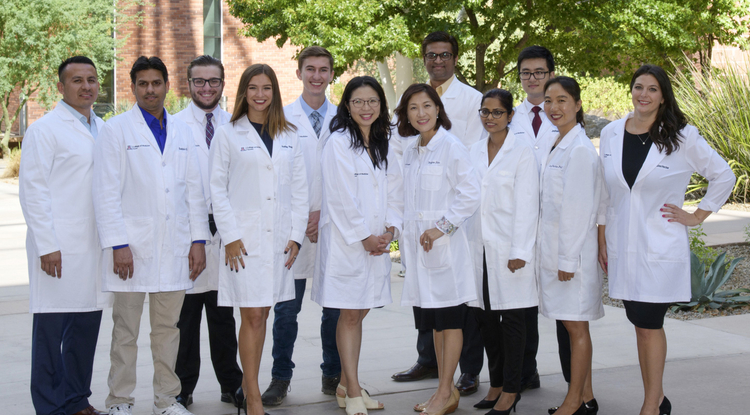 Louise Hecker and her research team will be evaluating two potential drug candidates they believe can stop and even reverse excessive scar tissue growth in the lungs.

A $4.4 million grant from the Department of Defense will help researchers test two drug candidates for idiopathic pulmonary fibrosis – a deadly disease with no cure.
Nadia Whitehead
,
UA College of Medicine
Sept. 5, 2018
Resources for the Media 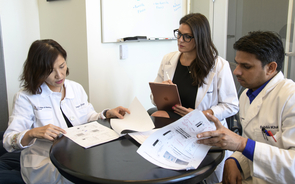 Scar tissue is a good thing. When you fall and scrape your knee, the natural process jumps into gear, sealing up wounds and healing damaged tissue. But scar tissue can go haywire. Excessive scar tissue – or fibrosis – is the cause of many diseases that affect the internal organs; most have no cure.

Now, a $4.4 million grant from the U.S. Department of Defense will help researchers at the University of Arizona College of Medicine – Tucson focus on one particular fibrotic disease. Named idiopathic pulmonary fibrosis, the disease is caused by the formation of scar tissue within the lungs.

"It's basically a death sentence," said Louise Hecker, a UA associate professor of medicine and member of the UA BIO5 Institute who studies the disease and is the recipient of the new grant.

The compounds will be studied to ensure they are safe, effective and potent in the method by which they are administered –­ either orally or inhaled.

"Before we give these drug candidates to human patients in clinical trials, we have to perform rigorous, controlled testing to evaluate their safety and efficacy," Hecker explained.

The drug compounds will specifically target the enzyme Nox4. Past studies by Hecker have shown that Nox4 is significantly elevated in the lungs of patients with idiopathic pulmonary fibrosis, hinting that the overactive enzyme may be the cause of excessive scar tissue growth.

Hecker completed a separate study that showed scar tissue formation can be reversed if the enzyme Nox4 is blocked.

"Nox4 clearly plays a critical role in mediating scar tissue formation," Hecker said. "It is an important and exciting target for us to pursue for a cure."

Hecker's work has the potential to help patients who currently have no hope, said UA President Robert C. Robbins.

"Idiopathic pulmonary fibrosis is a deadly disease with a very grim prognosis," Robbins said. "Dr. Hecker has laid the groundwork for a potential cure that could save lives. I look forward to seeing what she discovers with the support from this grant.”

The study will be supported by a team of expert scientists at UA Health Sciences, including medicinal chemist Vijay Gokhale, pharmacologist Heidi Mansour and Brett Colson — all members of the UA BIO5 Institute – who will study drug-target interactions. Phil Kuehl, a toxicologist at the Lovelace Respiratory Research Institute, is also a co-investigator.

This work was supported by the Office of the Assistance Secretary of Defense for Health Affairs, through the Peer Reviewed Medical Research Program under award No. W81XWH-17-1-0443. Opinions, interpretations, conclusions and recommendations are those of the author and are not necessarily endorsed by the Department of Defense.

A version of this article originally appeared on the UA Health Sciences Office of Public Affairs website: http://opa.uahs.arizona.edu/newsroom/news/2018/ua-researchers-study-test-potential-drug-candidates-deadly-lung-disease