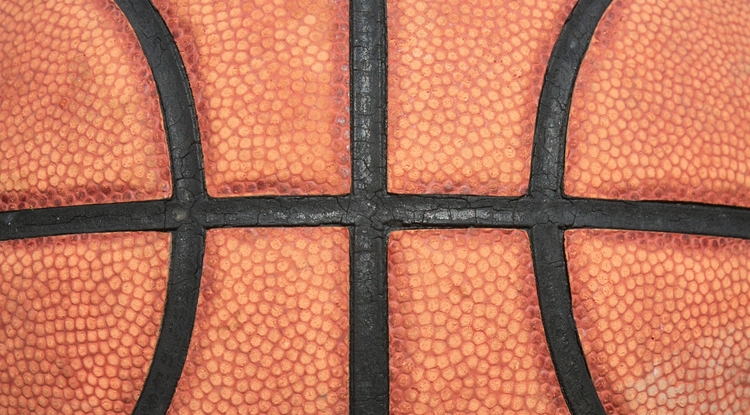 The UA senior has made Arizona women's basketball history after being picked 16th overall by the San Antonio Stars in the WNBA draft this week.
Arizona Athletics
April 17, 2013
Resources for the Media
Extra Info: 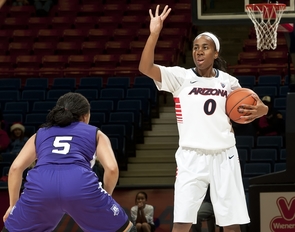 The UA's Davellyn Whyte has been drafted into the WNBA. (photo courtesy of Arizona Athletics)

Senior Davellyn Whyte (Phoenix, Ariz.) has made Arizona women's basketball history after being picked 16th overall by the San Antonio Stars in the WNBA draft this week.

"I'm so excited about the opportunity to play for San Antonio," Whyte said. "I'm willing to work hard and do what I have to do. I am looking forward to taking everything I learned and everything I have been doing at Arizona to San Antonio."

Whyte became the seventh Arizona player to be selected in the WNBA draft. Ify Ibekwe was picked 24th by the Seattle Storm in 2011, and Adia Barnes was selected 32nd  by the Sacramento Monarchs in 1998.

Whyte was one of three Pac-12 players selected in the draft along with California's Layshia Clarendon (ninth) and Colorado's Chucky Jeffery (24th).

"This is an exciting time for Davellyn and our program," Arizona Head Coach Niya Butts said. "We are very proud of her and what she has done for our program and we wish her well."

A four-time All-Pac-12 pick, Whyte became the second player in Arizona history to score 2,000 or more points in her career. Whyte led the Wildcats in scoring, rebounding, assists and steals in the 2012-13 season and posted the first triple-double in program history against Arizona State on Feb. 19. She started and played in every game in her career at Arizona and ranks in the top-four in nine all-time categories.