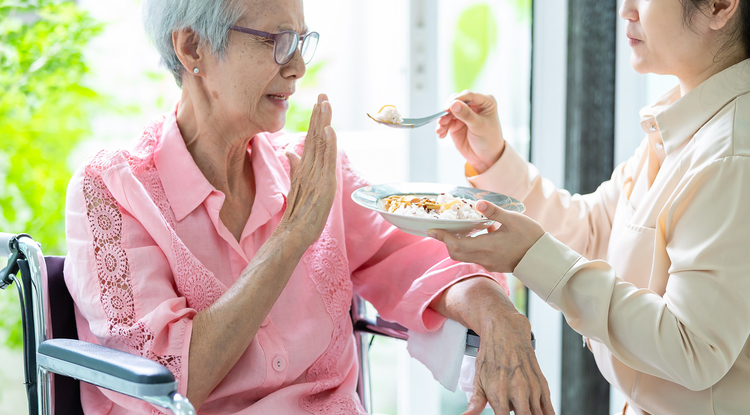 These Neurons Affect How Much You Do, or Don't, Want to Eat

University of Arizona researchers have identified a network of neurons that coordinate with other brain regions to influence eating behaviors. These findings could help those suffering from disease-induced appetite loss or overeating.
Mikayla Mace
,
University Communications
June 25, 2019
Resources for the Media

Like a symphony, multiple brain regions work in concert to regulate the need to eat. University of Arizona researchers believe they have identified a symphony conductor – a brain region that regulates appetite suppression and activation – tucked within the amygdala, the brain’s emotional hub.

The UA Department of Neuroscience team found the neurocircuitry controlling appetite loss, called anorexia, said assistant professor Haijiang Cai, who is a member of the BIO5 Institute and heads up the neuroscience lab that ran the study.

Anorexia can be triggered by disease-induced inflammation, and can negatively impact recovery and treatment success. It is harmful to quality of life and increases morbidity in many diseases, the authors wrote. The paper, "A bed nucleus of stria terminalis microcircuit regulating inflammation-associated modulation of feeding," was published Jane 24 in Nature Communications.

To determine if the specific neurons within the amygdala control feeding behavior, researchers inhibited the neurons, which increased appetite. They then activated the neurons, causing a decrease in appetite.

“By silencing the neurons within the circuit, we can effectively block feeding suppression caused by inflammation to make patients eat more,” Cai said. “We used anorexia for simplification, but for people with obesity, we can activate those neurons to help them eat less. That’s the potential impact of this kind of study.”

Feeding sounds simple, but it’s not, Cai related. People feel hunger either to satisfy nutritional deficits or for the reward of eating something good. Once food is found, we check that it’s good before chewing and swallowing. After a certain point, we feel satisfaction.

Theoretically, each step is controlled by different neurociruitry.

“This circuitry we found is really exciting because it suggests that many different parts of brain regions talk to each other," Cai said. "We can hopefully find a way to understand how these different steps of feeding are coordinated.”

The brain region was found in mice models. The next step is to identify it in humans and validate that same mechanisms exist. If they do, then scientists can find some way to control feeding activities, Cai said.

Cai's co-authors, all of whom were associated with the Department of Neuroscience during the research, are lead author Yong Wang, JungMin Kim, Matthew B. Schmit, Tiffany S. Cho and Caohui Fang. The research was partially funded by the Brain and Behavior Research Foundation.