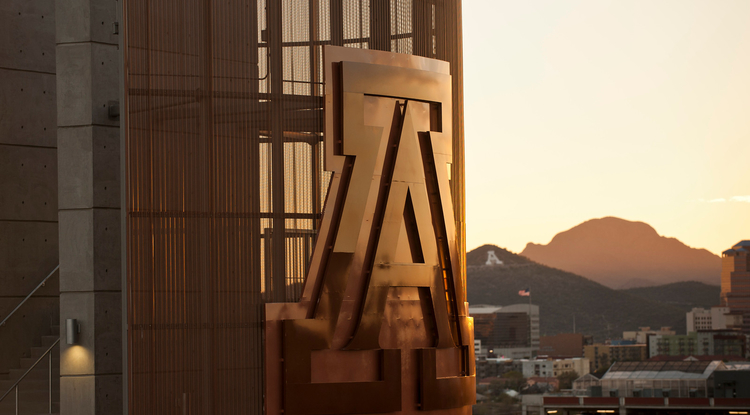 In related news, Alison Hawthorne Deming will be speaking as part of a panel during "Great Tide Rising: Toward Clarity and Moral Courage in a Time of Planetary Change," to be held April 28 at 7 p.m. in Room N120 of ENR2. During the event, environmental advocate and author Kathleen Dean Moore addresses critical questions of climate change. Tracey Osborne, an assistant professor in the UA School of Geography and Development, will also serve as a panelist. 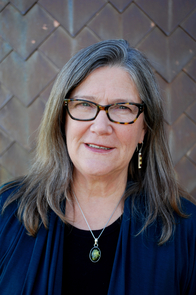 Even as she travels around the country for residencies and readings, Alison Hawthorne Deming is committed to the UA. She was one of four scholars selected to serve as Agnese Nelms Haury Chair of Environment and Social Justice at the UA, has been a director of the internationally acclaimed UA Poetry Center. She also has directed the Creative Writing Program. (Photo credit: Cybele Knowles) 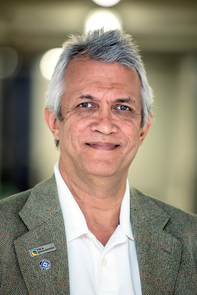 Hoshin Gupta’s work is highly recognized nationally and internationally. Also, Gupta’s excellence in the classroom, both at the graduate and undergraduate level, has been acknowledged through numerous teaching awards. (Photo credit: John de Dios/UANews) 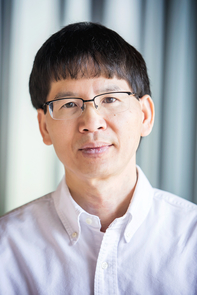 Pham Huu Tiep recently contributed to solving the 60-year-old Ore conjecture alongside professors from New Zealand, London and Jerusalem. Tiep will deliver an invited lecture at the 2018 International Congress of Mathematicians, the largest and most prestigious conference in the field of mathematics, which meets once every four years and hosted by the International Mathematical Union. (Photo credit: John de Dios/UANews)

An award-wining poet and essayist influenced by science, a researcher who has advanced our understanding of hydrologic processes and a superstar in the field of mathematics have each been named Regents' Professors, the highest of faculty ranks in the state.

University of Arizona faculty members Alison Hawthorne Deming, Hoshin Gupta and Pham Huu Tiep have each received the appointment, which goes to full professors who have demonstrated achievements that have resulted in national or international recognition.

"These outstanding faculty leaders are ensuring that the University of Arizona remains on the forefront of research innovation across disciplines," said UA President Ann Weaver Hart. "We are fortunate to have them as members of our university community, and as models for integrated research, student engagement and community impact."

Approved by the Arizona Board of Regents, only 3 percent of faculty members are able to be named a Regents' Professor.

Deming, a professor in the Department of English in the College of Social and Behavioral Scienc, combines a strong interest in science with her own outstanding talents as a writer, which have led to highly acclaimed works including most recently the essay collection "Zoologies: On Animals and the Human Spirit," and in poetry, "Stairway to Heaven."

Deming is in high-demand for residencies and readings, and has recently been involved with many new projects that bring world-wide honors and acclaim: former director of the national literary magazine, "Orion"; she has received invitations to tour Brazil and Spain and has received writing residencies in Edinburgh, Scotland and a half dozen places in America, including the Jacksonville Zoo and Gardens.

Deming has earned many distinguished honors, including a Guggenheim Fellowship, a Walt Whitman Award from the Academy of American Poets, two National Endowment for the Arts Fellowships, the Bayer Award for Science Writing and her inclusion in Best American Science and Nature Writing.

"I am truly honored to be named a Regents Professor, particularly at this time of so much uncertainty and confusion in our democracy,” Deming said. “As a writer and educator, I believe deeply in the power of language to bridge differences and build empathy. This recognition makes me grateful to be part of a dynamic community that holds such beliefs dear.”

Deming, who has also produced numerous works of poetry, is in high-demand for residencies and readings, and has recently been involved with many new projects that have brought international honors and acclaim, including a Guggenheim Fellowship, a Walt Whitman Award and a Bayard Award for science writing.

Gupta, a professor in the UA College of Science's Department of Hydrology and Atmospheric Sciences, has tackled some of the most fundamental challenges found in hydrologic modeling throughout his career.

Gupta's multiple path-breaking contributions have enabled researchers to improve model parameterization, hydrologic modeling and model evaluation. His work within his field and across disciplines has also contributed to enhanced understanding of human-natural system interactions by linking hydrologic and economic models in support of decision-making and policy analysis.

In the 1980s, Gupta and his colleagues developed the first global optimization algorithm for hydrologic models. In the 1990s, he connected Artificial Neural Networks and hydrologic modeling, especially in the context of estimating rainfall and streamflow. This work has been foundational for efforts that retrieve global precipitation from satellite observations.

Then, in the 2000s, Gupta was executive director of the SAHRA (Sustainability of semi-Arid Hydrology and Riparian Areas) science and technology center to bridge water science with decision making. More recently, he co-led development of the UA Program in Terrestrial Hydrometeorology, and led the European Union funded international transdisciplinary network to develop U.S.-European Union links through Sustainable Water ActioN (SWAN).

"Being a member of the UA community for almost 34 years has been a rewarding and enriching experience," Gupta said. "To be recognized and valued in this way is very gratifying, not to mention extremely motivating."

Tiep, a professor in the UA Department of Mathematics, is one of the most promising scholars in group theory, an area of mathematics that is foundational for several other fields of research and applications, including materials science, atomic physics and public key cryptography.

Tiep's work is concerned with the building blocks of finite algebraic structures. He is advancing group theory, building on the collaborative effort to classify all finite simple groups, which began in the 1960s and was concluded in 2004. Considered one of the greatest mathematical achievements, this work left open many unproven conjectures, or mathematical statements that seem reasonably true, but have yet to be rigorously confirmed. Tiep's research is at the forefront of tackling those conjectures. His recent results include the proof of the Ore conjecture posed in 1951, as well as the development of new strategies towards proving other conjectures.

For his contributions, Tiep has received a Chern Professorship at the Mathematical Sciences Research Institute, a Simons Foundation Fellowship and a Clay Senior Scholarship. Also, he is a Fellow of the American Mathematical Society.

Tiep also has organized a number of international research conferences and research programs on group theory and representation theory, as well as informal presentations for non-expert faculty and students about recent discoveries in his field.

Tiep said: "It is truly a great honor for me to be appointed as a Regents' Professor."