The popular folklife festival Tucson Meet Yourself has a long history with the University of Arizona and is rooted in the rigorous study and practice of folklore.
Lori Harwood/UA College of Social and Behavioral Sciences and Kimi Eisele/Southwest Folklife Alliance
Oct. 8, 2018
Resources for the Media
Extra Info:

Every year UA students, faculty, and staff and alumni from all disciplines participate in Tucson Meet Yourself as vendors, performers and volunteers. This year, faculty and students from the Center for Regional Food Studies and the new food studies major will serve on a panel in the festival’s Culture Kitchen. The UA Filipino American Student Association will serve food from the Philippines. And the UA Compost Cats will continue a long partnership with TMY as they help festival audiences sort their trash and compost their food waste. Last year, their efforts diverted 50 percent of waste from the landfill through recycling and composting.

On October 12-14, the 45th annual Tucson Meet Yourself folklife festival will transform downtown Tucson with food, folk arts and live performances. Food vendors will share culinary culture from more than 30 countries and regions. Performing artists will bring live music and dance to street stages. And folk artists will demonstrate art forms from all over the world – from Japanese origami to Mexican boots to Indian henna tattoos to Huichol beadwork.

Every year, some 120,000 people attend Tucson Meet Yourself, or TMY, to celebrate the living traditional arts of Southern Arizona and Northern Mexico’s diverse ethnic and folk communities.

While the festival is definitely a party, it also offers an educational experience rooted in the rigorous study and practice of folklore. Since its beginning, TMY has exemplified a unique bridge between the University of Arizona and the broader community, says Maribel Alvarez, who holds the Jim Griffith Chair in Public Folklore at the UA.

"The relationship between TMY and the UA always has been a hybrid model of community participation and scholarly work," said Alvarez, who serves as TMY’s folklorist and curator. Alvarez, who also holds positions in the Southwest Center and the School of Anthropology, was recently named associate dean of community engagement in the UA College of Social and Behavioral Sciences, or SBS.

The festival was founded in 1974 by folklorist and anthropologist James "Big Jim" Griffith and his wife, Loma. Their aim was not only to make visible the many hidden cultures of Tucson and the surrounding region, but also to bring those cultures together in urban space.

"Jim always says, 'If you were Yaqui, you knew all about Yaqui ceremonies; if you were Polish, you attended Polish mass and ate polish food. Everyone lived in their enclaves,'" Alvarez says. "In 1974, when Tucson Meet Yourself began, it provided a platform where people began to rub elbows with their neighbors. This has always been a process of negotiation and learning. Bringing people together in a cultural context of dignity isn’t always easy."

Griffith named "respect" as the guiding principal of field work and of TMY. To bring artists to the festival, Griffith used his folklorist training.

"I did an awful lot of visiting, chatting and asking within communities to find out which artists should come," Griffith said. "In a very real sense, even the research was based not on my knowledge, but on asking the people who mattered."

Tucson Meet Yourself has always been more than a festival. Field work, the writing of interpretative materials, and rigorous research and analysis has gone into the festival's planning since the beginning.

"The UA and the college have a long history with Tucson Meet Yourself, from its founding by Jim Griffith to its current management by SBS Associate Dean Maribel Alvarez," said John Paul Jones III, dean of the College of Social and Behavioral Sciences. "The festival is a powerful example of how university scholarship can be integrated into our community and help us celebrate the people and cultures of our region. We are honored to be a part of such an important Tucson event."

A UA History of Folklore

The UA has a long and distinguished history in folklore studies and public folklore activities that preceds the festival by some 30 years.

In 1979, then-UA President John Paul Schaefer asked Griffith to lead the newly formed Southwest Folklore Center. Documentation found in the folklore archives at University Libraries Special Special Collections includes a letter from Griffith informing Schaefer that he would not accept the job unless it included working on Tucson Meet Yourself as part of his responsibilities.

Upon his retirement in 1998, Griffith helped launch a major fundraising campaign to create a folklore endowment at the UA that would guarantee the hiring of a folklorist with similar public engagement duties, including working on the festival.

In 2004, Maribel Alvarez, a nationally recognized leader in community arts, was hired as the public folklorist at the Southwest Center.

The festival is now produced by the Southwest Folklife Alliance, or SFA, a nonprofit affiliate of the College of Social and Behavioral Sciences. SFA aims to build more equitable and vibrant communities by celebrating the everyday expressions of heritage and diversity.

As a former executive director of SFA, Alvarez helped lead the transformation of Tucson Meet Yourself from a single event into a nonprofit organization with expanded programs and a closer alignment between UA goals and the charge to foster authentic and respectful ties with heritage artists and communities.

"We can talk about scholarship that involves participation and that consults with the community. Those labels are valid and nice, but they can be cerebral," Alvarez says. "This is about building levels of trust and affection and respect that surpass those labels."

The festival’s credibility is connected to the larger world of folklore scholarship and ethnographic fieldwork at the university.

"The university provides the intellectual rigor and backbone to framing those encounters through lens of anthropology and folklore and culture and storytelling," Alvarez said.

Kimi Eisele, an alumnus of the UA School of Geography and Development and the communications director for the SFA, said this framing is visible on the festival grounds.

"It’s about so much more than food and music. There’s an ethic behind the festival that comes from deep ethnographic work, from understanding the nuances of Eastern European music and how it overlapped with Tohono O’odham music," Eisele said. "So you can sit at the festival and eat Polish sausage and listen to the only female-led waila band in the region, and you understand something about geography and migration and culture, all through the lens of folklife."

An annual event, TMY provides a model for additional programming carried out by SFA year-round. Public lectures, workshops, classes and events provide the public with learning opportunities in cultural traditions. An annual ethnographic field school offers cultural immersion experiences and basic ethnographic training for students of all ages. The organization also publishes BorderLore, a monthly e-journal that reports on culture and heritage within the greater Southwest, helping readers understand not only the folklife of the region but also "how to think like a folklorist." 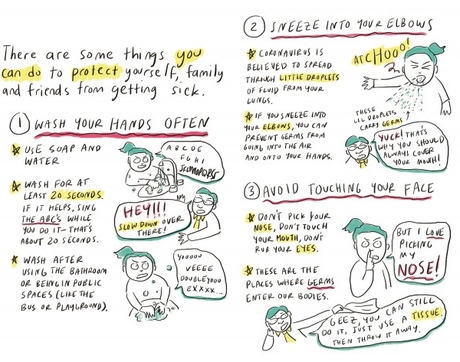 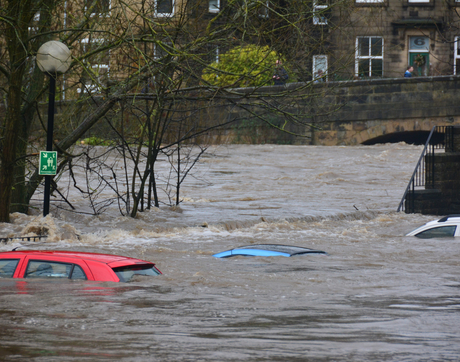