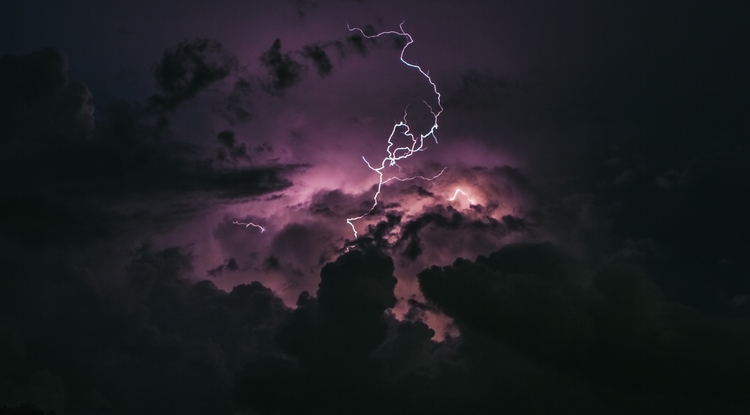 UA researchers Laura A. Bakkensen and Riana Johnson say weather provides both benefits and harm to economic sectors in the Tucson region. To help mitigate risks, both advocate for improved information exchanges, better adaptability and a greater reliance on insurance.

Tucson Region Outpaces Others in Western States for Extreme Weather

Laura A. Bakkensen and Riana Johnson urge members of the public to stay up to date and informed about extreme weather and weather warnings. The two encourage the use of National Weather Service sources, including its Twitter page, and emergency alert notifications send by Pima County.

Also, UA researchers have developed a dust storm app, available for free via the Apple App Store and Google Play, which includes up-to-date alerts on storms and other conditions within 100 miles. More information is available online: https://itunes.apple.com/us/app/dust-storm/id575209290?mt=8. 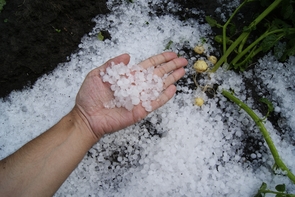 The most extreme weather Tucson experiences each year comes in the form of flash floods, extreme heat and hail. While weather extremes have significant impacts in the Southern Arizona region, weather also results in an important economic boon in the form of high rates of tourism.

When it comes to extreme weather conditions like thunderstorms, hail and flooding, the Tucson region sees the highest yearly frequency as compared with other in and around cities like Austin, Las Vegas, Phoenix, Portland and San Diego.

And such events have resulted in $3 billion in direct damage costs for Arizona since 2010, University of Arizona School of Government and Public Policy researchers Laura A. Bakkensen and Riana Johnson explained in a co-authored report, "The Economic Impacts of Extreme Weather: Tucson and Southern Arizona's Current Risks and Future Opportunities."

Bakkensen and Johnson also found that the Tucson region experiences about 47 extreme events annually, which results in at least one death and three injuries annually. Including wildfires, these events cost the city and Pima County an average of more than $9.4 million in reported property damages each year.

Such findings, recently published on the Making Action Possible for Southern Arizona (MAP) Dashboard website, emphasize the importance of getting urgent information to people before and during weather events.

For example, the researchers found that while extreme weather winter storms are not common in Tucson, they pose a sizable safety risk when they do occur. About 10 percent of storm-related deaths in the region over last 21 years have occurred during winter storms.

"Given that the winters in Tucson are mild, Tucsonans are not accustomed to winter safety protocols like citizens of Salt Lake City and Denver. Tucsonans may be caught off guard by hazardous road conditions caused by snow and ice," Bakkensen and Johnson noted in the report.

Bakkensen, a UA assistant professor, added: "While information does not reduce damages directly, it allows for better decision making that will reduce destruction and save lives, often at low cost. Staying up to the minute on information can help you stay safe, especially during the monsoon."

For the report, Bakkensen and Johnson, a UA master's student of public policy, relied on data indicating economic activity and performance for Tucson and 11 other large metropolitan areas in the southwestern region of the U.S.

Their other findings, spanning the 21-year period and focusing on an 8-state region in the west, included:

In addition to enhanced information exchanges to better prepare for and best respond to potentially damaging events, Bakkensen and Johnson advocate for improved adaptation through the construction of resilient infrastructure and projects to mitigate risks.

Both also encourage a greater reliance on insurance – for example, electing flood insurance as annual premium payments can help to smooth extreme weather costs over time.

"Longer term, expectations of what extreme weather will come can help us make larger adaptation decisions such as large-scale infrastructure projects to mitigate flood damages," Bakkensen said. "With good information about future risks on the horizon, we can better estimate the benefits and thereby assess if projects make sense relative to the costs."

The MAP Dashboard was developed for that purpose.

The resource, which was established through a partnership between the UA, the Southern Arizona Leadership Council, and the Community Foundation for Southern Arizona, has published several other white papers and others planned focusing on issues in the region. The site, then, is meant to eventually offer measurements of progress on social and economic issues, such as poverty, food security, air quality, educational attainment, economic benchmarks and the condition of the labor force.

In Bakkensen and Johnson’s report on extreme weather, the two noted ways weather events can be disruptive, particularly to economic activities.

Flash flooding creates hazards for day-to-day transportation and results in roads being closed for hours or days.

Hail has the potential to destroy property and crops.

"Extreme weather poses an interesting policy problem for local and state governments. While we can anticipate certain events, we may not be able to predict the magnitude when creating a broad policy," Johnson said.

Yet, Tucson's weather also provides "opportunities for economic activity, including a vibrant winter tourism economy and growing solar industry across Southern Arizona," she and Bakkensen noted in the report. Both explained that, in 2015 alone, about 6.5 million overnight visitors spent $3.4 billion in the Tucson region.

Johnson said she is hopeful that the white paper will contributed to how people exchange information, what policies are enacted and how planners construct the built environment.