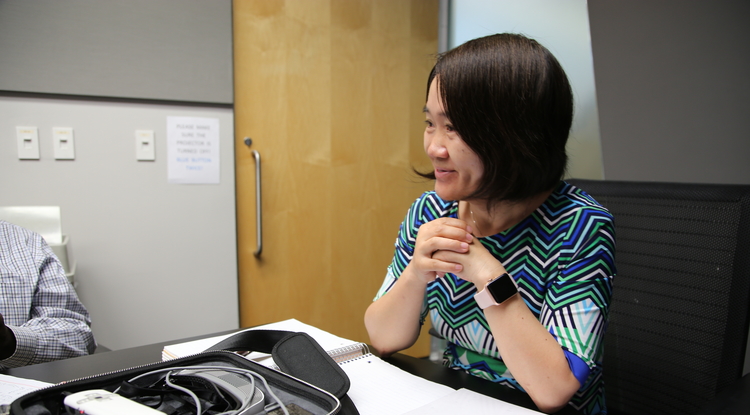 Hong Hua is one of two UArizona faculty inventors being honored by the National Association of Inventors this year. (Photo: Paul Tumarkin/Tech Launch Arizona) 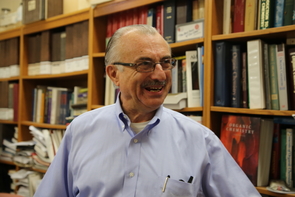 Two University of Arizona inventors and professors have been elected as fellows of the National Academy of Inventors. Election to NAI Fellow status is a high professional distinction granted to academic inventors who have demonstrated a prolific spirit of innovation in creating or facilitating outstanding inventions that have made a tangible impact on quality of life, economic development and the welfare of society.

Hong Hua, professor in the James C. Wyant College of Optical Sciences, and Victor Hruby, Regents Professor Emeritus in the Department of Chemistry and Biochemistry at the College of Science and the College of Medicine – Tucson, will be honored during the NAI Fellows Induction Ceremony on April 10 in Phoenix.

Hua is a leading researcher of augmented reality systems, and in particular, the optical designs for such systems. Her innovative designs and design methods have resulted in improvements to head-mounted displays in areas such resolution, field of view, accurate 3D depth perception and rendering speed.

One of the focuses of Hua's research is mitigation of the accommodation/convergence conflict, a problem that has hobbled the adoption of 3D augmented vision systems. The conflict arises from elements of head-mounted displays that do not properly provide cues to the eye for focusing on near and far distances.

As a result of the exceptional quality of her designs and novel methodologies, more than a dozen of her technologies have been licensed for commercialization. In one case, her inventions – licensed to eSight – are helping legally blind and low-vision people to see by use of a camera paired with a head-mounted display system.

“Achieving this honor is not only a professional distinction to me,” she said, “but also a special inspiration that keeps me to continue the pursuit of making tangible impacts on quality of life and nurture the minds of innovation among students through academic mentoring.”

Hruby is a world leader in peptide research, focusing primarily on the chemistry, conformation-biological activity relationships and molecular mechanisms of information transduction and of biological functions associated with peptide hormones and neurotransmitters and their receptors that modulate health, disease and human behavior.

A member of the BIO5 Institute, Hruby is dedicated to answering challenging research questions and then translating those discoveries to the public via intellectual property protection and commercial pathways. He holds more than 50 issued patents and has licensed a total of 86 including pending patents. Intellectual property he has developed has been licensed to Selectide Corporation, which he co-founded and is now part of Sanofi Aventis; Melanotan Corporation (now Clinuvel Pharmaceuticals): and three startups. Additionally, his work was instrumental in the commercialization of α-melanotropin compounds, which have been used worldwide to discover novel compounds related to obesity/anorexia, cardiovascular activities, immune response, pain, temperature control, learning and sexual function.

“This is a great honor for an academic inventor. It reflects the tremendous talent and accomplishment of the undergraduate, graduate and postdoctoral students who have been members of my research group over the years,” Hruby said. “I have collaborated with many other professors and their students worldwide as well as here at the U of A in many areas of science and medicine who have provided unparalleled breadth and depth to our research and inventions. I am truly blessed to collaborate and work with all of these people from around the world.”